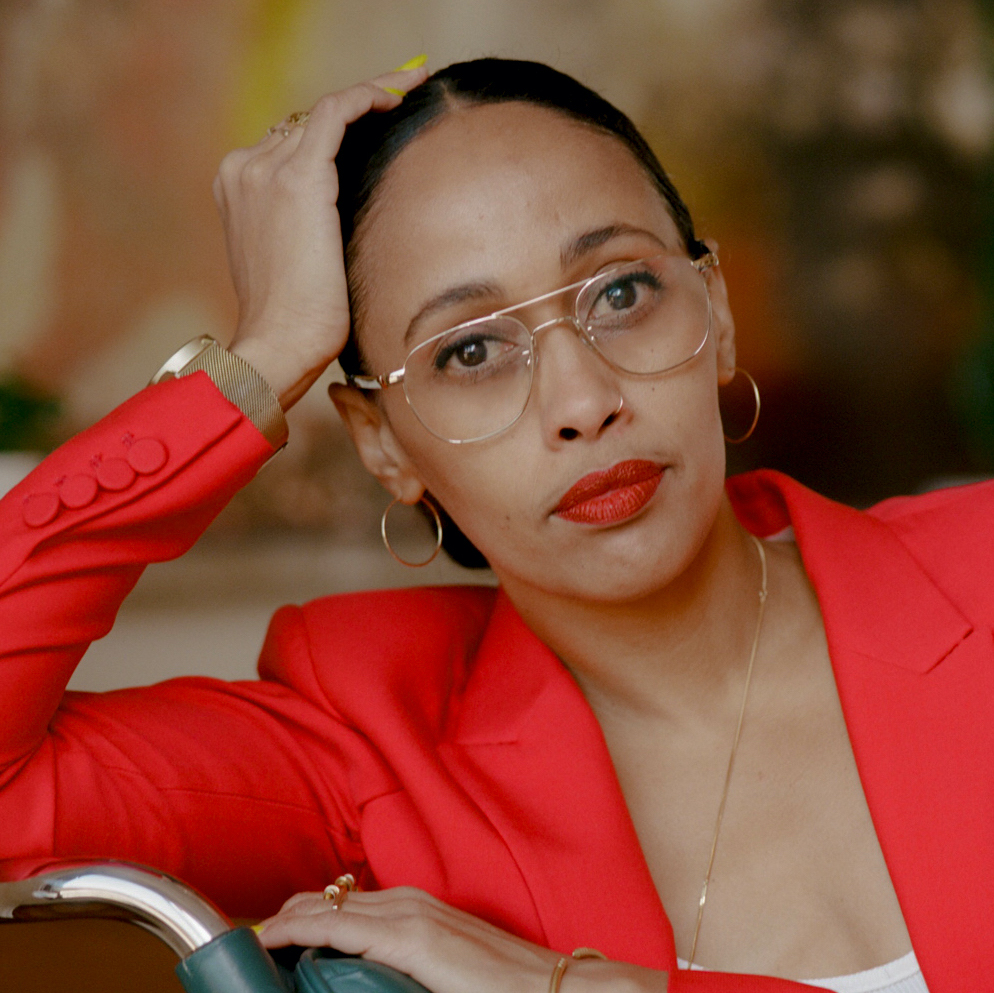 On Tuesday, in Cruz v. Arizona, the Supreme Court will consider whether an Arizona rule of criminal procedure, Rule 32.1(g), precludes Arizona courts from applying federal law to a defendant’s case in post-conviction proceedings. Rule 32.1(g) allows petitioners in Arizona to challenge their conviction or sentence as a result of a “significant change in the law,” if that change is applicable to their case. On the surface, Cruz presents a relatively narrow procedural issue for the court to address. However, the decision has grave implications. It will impact whether Arizona extends the constitutional right to due process to certain people who have been sentenced to death in the state. For John Montenegro Cruz, and nearly 30 other similarly situated people on Arizona’s death row, the case is a matter of life or death.

In 2005, a Pima County jury convicted Cruz of first-degree capital murder. At death penalty trials, there is a second separate proceeding that requires the same jury to weigh aggravating and mitigating circumstances to determine the appropriate sentence. The jury in Cruz’s trial could choose from two possible sentences: death or life in prison. During the sentencing proceeding, the state placed Cruz’s future dangerousness at issue, meaning the jury was asked to consider whether he was likely to pose a danger to others in the future.

Cruz’s defense counsel asked the judge if they could rebut the state’s characterization that Cruz posed a danger to the public in the future. Under Arizona law, capital defendants who (like Cruz) committed crimes after 1993 were (and remain) ineligible for parole. Cruz’s counsel requested to inform the jury that if the jury declined to render a death sentence, Cruz would be parole-ineligible and spend the remainder of his life in prison. Counsel argued that such evidence was critical to prevent jurors from drawing the inference that if they did not sentence Cruz to death, he could one day be released on parole. The judge, however, denied the request to inform the jury that if they spared Cruz from the death penalty, he would not be eligible for parole. The jury returned a death sentence.

That Cruz wanted to inform the jury of his parole-ineligibility was no small detail. More, than a decade earlier, in Simmons v. South Carolina, the Supreme Court addressed this very issue. In Simmons, the court held that in capital trials, when the state puts defendants’ future dangerousness at issue, defendants have a constitutional right to inform the jury that they will be ineligible for parole if spared execution. In the death penalty context, the court called such information “indisputably relevant” and “crucial to [the jury’s] sentencing determination.” The court explained that withholding information about the defendant’s parole ineligibility from the jury would amount to the denial of the defendant’s constitutional right to due process. Most juries, the court reasoned, “lack accurate information about the precise meaning of ‘life imprisonment.’” Thus, when the state argues that a capitally convicted defendant will pose a danger to others in the future, it is vital for the defendant to rebut that argument with the fact that the defendant will be ineligible for parole. In essence, capital defendants, when faced with the state’s argument of future dangerousness, have a constitutional right to inform the jury that life in prison means life in prison. Such information enables defendants to rebut the inference that they could somehow endanger the public if spared the death penalty.

Despite the decision in Simmons, for years the Arizona Supreme Court refused to apply the holding to capital defendants in Arizona. In 2016, the U.S. Supreme Court corrected the issue in Lynch v. Arizona, reversing the Arizona Supreme Court’s erroneous holding that Simmons did not apply in the state. Cruz’s death sentence became “final” when he exhausted his direct appeals in 2009 — after the U.S. Supreme Court decided Simmons but before it issued the correction in Lynch. Once Lynch was decided, Cruz filed a second state post-conviction petition. Because Cruz never obtained relief under Simmons, he relied on Rule 32.1(g), arguing that Lynch constituted a “significant change in the law,” requiring Arizona to apply Simmons and thus, Cruz was now entitled to relief. According to Cruz, Arizona courts cannot continue to evade applying Simmons and Lynch to his case and others like it. From Cruz’s perspective, by not applying controlling federal law, Arizona is effectively contravening the Constitution’s supremacy clause, which says that federal laws generally take precedence over state laws.

Arizona raises a number of arguments, some narrowly focused on Cruz’s case and others addressing broader concepts, like the relationship between state and federal courts in reviewing a state petitioner’s post-conviction claims. First, Arizona explains that Cruz failed to request a specific jury instruction invoking Simmons even though it was well-settled law by the time of his trial. As a result of this failure, Arizona argues that the issue is not available for state courts to review in post-conviction proceedings. According to Arizona, Cruz’s reliance on Rule 32.1(g) is improper because Lynch did not constitute a “significant change in the law,” it merely applied existing law as established in Simmons. And because Cruz missed his opportunity to properly raise the Simmons issue during trial, he cannot now point to Lynch as being a significant change in the law to obtain relief from Arizona courts. Rule 32 places limits on what Arizona courts can review in collateral proceedings (the appeal process after direct review), and since Cruz failed to meet the requirements of the rule, Arizona courts cannot consider the merits of his federal constitutional claim under Simmons. Moreover, Arizona argues that its decision denying Cruz relief rests on adequate and independent state-law grounds, thus precluding federal review of the claim.

Notably, Cruz initially asked the justices to address whether Lynch “applied a settled rule of federal law” that the Supreme Court “must…appl[y] to cases pending on collateral review in Arizona.” However, the court agreed to review the case on the question of whether “the Arizona Supreme Court’s holding that … Rule … 32.1(g) precluded post-conviction relief is an adequate and independent state-law ground for the judgment.” The shift in focus of the question presented takes a step back from the underlying merits of Cruz’s claim for relief and takes a broader look at the process for post-conviction review in Arizona.

Amici curiae (friends of the court) filed six briefs, five in support of Cruz and one in support of Arizona. Most of the amicus briefs focus on the procedural intricacies of the case, except for the jointly filed brief from LatinoJustice PRLDEF and the NAACP Legal Defense & Educational Fund, Inc. Instead, LatinoJustice and LDF shed light on the role of racial bias and prejudice in capital jurors’ perceptions of whether a defendant is likely to pose a danger to others in the future. Detailing social-science research showing that Black, Afro-Latino, and Latino defendants are perceived as more dangerous than their white counterparts, the brief argues that informing jurors of a defendant’s parole-ineligibility can play a crucial role in curbing racial bias in the capital-sentencing process. The brief also connects the argument directly to Cruz’s case, detailing the increase in anti-Mexican and anti-Latino sentiment in Arizona around the time of the trial. Cruz is Mexican-American. LatinoJustice and LDF argue that given the atmosphere surrounding Cruz’s trial, he was especially in need of the protections that Simmons offered, and moreover, the Constitution required jurors to learn that Cruz was parole-ineligible.

The court’s decision will have a direct impact on approximately 30 individuals in Arizona sentenced to death by juries prevented from learning that they were parole-ineligible if spared the death penalty. Of the 30, the Arizona Supreme Court denied review of six petitioners who raised an identical argument in their post-conviction appeals to the state high court. These six individuals are poised to petition the United States Supreme Court urging a resolution. The nearly two dozen other defendants have a similar post-conviction claim pending before Arizona state courts. Beyond the direct impact in Arizona, the decision could signal the court’s position on two interests that are often in competition: finality (the final resolution of a judgment) and a convicted person’s ability to receive meaningful appellate review of violations of their constitutional rights. Last term, in Shinn v. Ramirez, another Arizona case involving death-sentenced petitioners, the court prioritized finality over the petitioners’ constitutional right to effective assistance of counsel. Shinn had larger implications that extended to all state-sentenced petitioners appealing their convictions in federal court throughout the nation. Perhaps, because the holding in Cruz will be limited to death-sentenced petitioners in Arizona, the court may be more willing to prioritize due process.