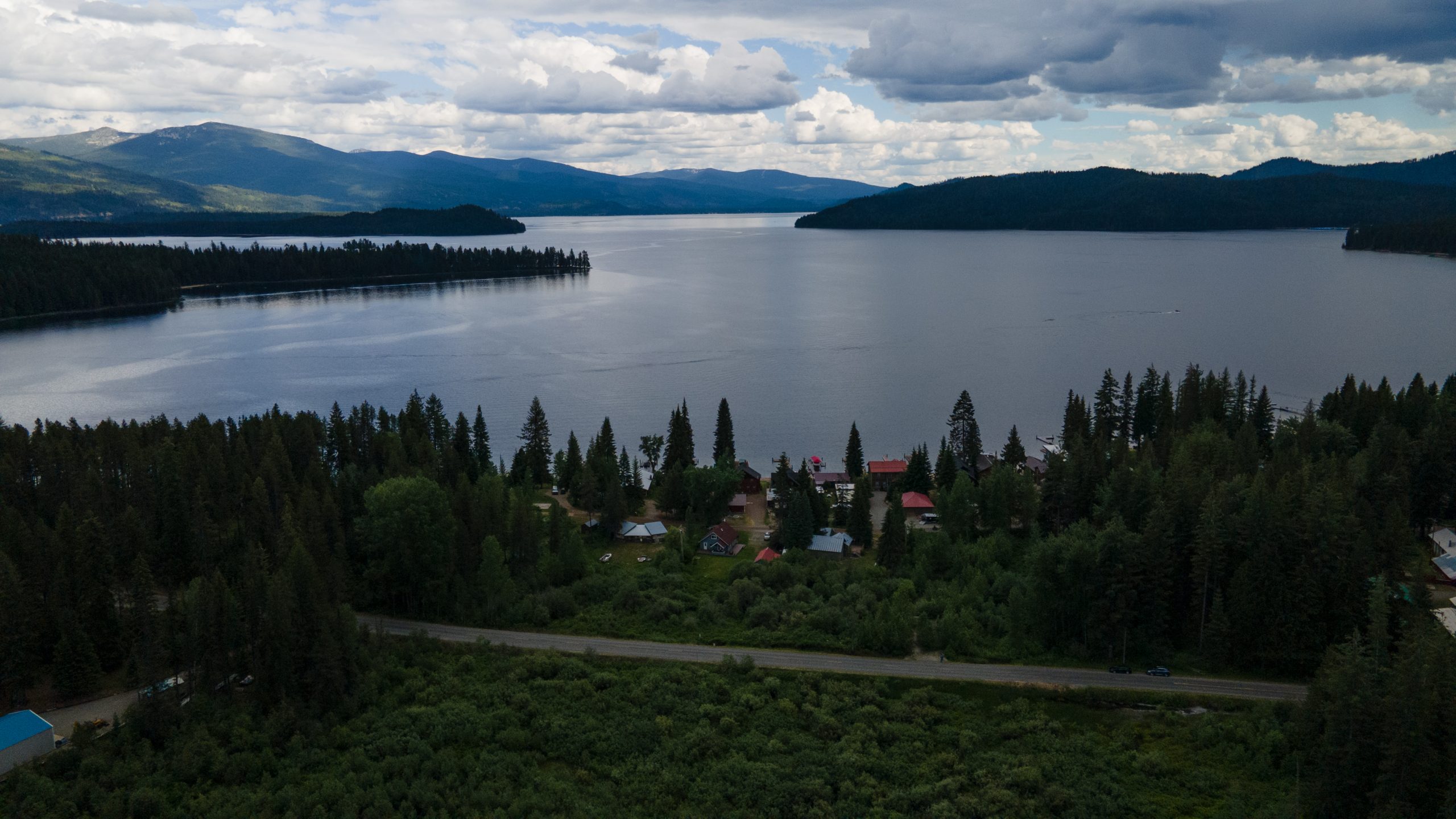 A property 300 feet from Priest Lake in the Idaho panhandle is the site of a Clean Water Act dispute between the EPA and the property owners. (Pacific Legal Foundation via Flickr)
Share

When the Supreme Court returns to the bench on Oct. 3 for the start of its new term, it will begin with a case that is not new to it. In Sackett v. Environmental Protection Agency, the justices will once again weigh in on an Idaho couple’s efforts to build on land that they own – specifically, what test courts should use to determine whether the Clean Water Act applies to the land, which the EPA has deemed a wetland. The answer could have significant implications for the EPA’s efforts to regulate wetlands more broadly.

In 2004, Michael and Chantell Sackett purchased an undeveloped lot 300 feet from Priest Lake, a large lake near the U.S.-Canada border in the Idaho panhandle. In 2007, the Sacketts – who had obtained building permits from the county – began to prepare the land to build a home on it, depositing roughly 1,700 cubic yards of gravel and sand on the two-thirds-acre lot.

Soon after the Sacketts began work on the land, they received a notice from the EPA telling them to stop. The Sacketts’ property, the EPA said, contains wetlands that are protected by the Clean Water Act, which prohibits the discharge of pollutants – including rocks and sand – into “navigable waters.” “Wetlands” is a term that includes swamps, marshes, and bogs, and the CWA defines “navigable waters” as the “waters of the United States, including the territorial seas.” The EPA ordered the Sacketts to restore the site to its original condition; a failure to do so, the EPA told the couple, could lead to fines of over $40,000 per day.

When the dispute returned to the lower courts, a federal district judge in Idaho ruled for the EPA. U.S. District Judge Edward Lodge held that the Sacketts’ property contains wetlands, and that those wetlands are “waters of the United States” because they are adjacent to Priest Lake, which is a “traditional navigable water.”

After the U.S. Court of Appeals for the 9th Circuit upheld Lodge’s decision, the Sacketts returned to the Supreme Court. They asked the justices to revisit their 2006 decision in Rapanos v. United States, which held that the Clean Water Act does not regulate all wetlands but did not produce a majority for the governing standard. In January 2022, the court agreed to take up the Sacketts’ case and decide whether the 9th Circuit used the proper test to decide whether wetlands are “waters of the United States” for purposes of the Clean Water Act.

In their second trip to the court, the Sacketts tell the justices that their “ordeal is emblematic of all that has gone wrong with implementation of the CWA following this Court’s attempt in Rapanos v. United States … to adopt a workable standard for delineating the Act’s reach.” They urge the justices to adopt a test, proposed by a four-justice plurality in Rapanos, that would only allow the EPA to regulate wetlands that have a continuous surface water connection to regulated waters.

There are two parts to that test, the Sacketts write. The first is whether the wetland is “inseparably bound up with” a body of water, such as a stream or an ocean. The second part is whether Congress has the power to regulate that body of water because it is a channel for interstate commerce. This approach, they say, mirrors the text of the CWA, which regulates “waters of the United States.”

The Sacketts contend that their lot fails this test. There is no connection, they write, between the surface of their lot and any body of water, so that their lot is not “bound up” with any water. Indeed, they note, there is a gravel road and a row of lakefront homes between their lot and Priest Lake. And even if there is water flowing beneath the surface of their lot, they add, that water flows to their lot, rather than from it to a body of water.

The EPA counters that the Sacketts’ test would “upend an understanding of the Act’s coverage that has prevailed for nearly half a century.” The purpose of the CWA, the EPA stresses, is to protect “traditional navigable waters,” which can be significantly affected by nearby wetlands and tributaries – even if there is not a continuous surface connection to those waters.

The correct test to determine whether the CWA applies to a wetland, the EPA argues, is the one outlined by Justice Anthony Kennedy in his opinion in Rapanos: whether there is a “significant nexus” between the wetland and waters that are covered by the CWA, and whether the wetlands “significantly affect” the quality of those waters.

That test makes sense, the EPA continues, because it needs to be able to regulate discharges into waters connected with traditional navigable waters. For example, the EPA suggests, federal efforts to protect the Chesapeake Bay “would be fundamentally incomplete and ineffectual if polluters could dump fill into the interconnected network of adjacent wetlands in the same watershed.”

One “friend of the court” brief, filed by the Stone and Gravel Association to support the Sacketts, warns the justices that the “significant nexus” test makes it “exceedingly difficult” to determine whether the CWA applies to a particular wetland. The test, the group asserts, “essentially creates a presumption” that the CWA will apply, and that presumption “is virtually impossible to overcome.”

The EPA counters that the “significant nexus” test is easy to apply in practice; indeed, it emphasizes, the federal government has “over a decade of nationwide experience” with that test. If a property owner isn’t sure whether the CWA applies to a particular wetland, the EPA notes, the federal government will make that determination free of charge. And if the CWA does apply, that does not bar the landowner from developing the land, the EPA adds; it only means that the landowner will need a permit for discharge into the wetland.