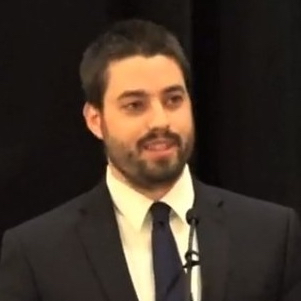 Joseph Greenlee is the director of constitutional studies at FPC Law.

It may have been Justice Clarence Thomas’s 74th birthday, but he was the one delivering gifts on June 23, 2022. Namely, the restoration of millions of Americans’ Second Amendment rights. Thomas’s majority opinion in Bruen held that ordinary Americans have a right to carry arms in public, and that the proper test for adjudicating Second Amendment challenges is an analysis of “the Second Amendment’s text, as informed by history.” This holding restored the right to bear arms across the country and gives hope that many other firearm restrictions — including several that have previously been upheld by courts — will be repealed or held unconstitutional.

Bruen is a happy ending to a cautionary tale about what happens when constitutional rights are left to government discretion. The Bill of Rights — including the Second Amendment — was designed to ensure that certain rights were placed beyond the reach of the federal government. The Fourteenth Amendment created the same distance between Second Amendment rights and state governments. Nevertheless, six states granted themselves the power to decide on a case-by-case basis through “may-issue” licensing regimes whether residents really needed the right to bear arms. This resulted in government depriving millions of Americans of a fundamental right it had no authority to deny.

To exercise their right to bear arms, the Bruen petitioners had to convince a licensing officer that they had “a special need for self-protection distinguishable from that of the general community.” When the licensing officer determined that their need for self-protection was not special enough, they challenged the constitutionality of the licensing law. But the Second Amendment test applied by the lower courts reviewing their license denials was simply another inquiry into whether the petitioners’ self-protection interests were special enough to outweigh the government’s interest in prohibiting them from carrying. Again, according to the government, they were not.

Until Bruen, this judicial interest-balancing test — the “two-part test” — was the prevailing test throughout the lower courts. In part one, the court determined whether the challenged law burdened the Second Amendment’s original scope. If so, in part two, the court balanced the challenger’s interest in exercising that aspect of the right against the government’s interest in regulating it.

This test resulted in nearly every challenged firearm restriction across the country being upheld during its 12-year reign. By the time Bruen was decided, with few exceptions, the lower courts had essentially limited the Second Amendment to protecting the possession of handguns in the home — the narrowest possible reading of District of Columbia v. Heller, which struck down prohibitions on handguns and functional firearms in the home. This incremental nullification of the Second Amendment led some judges to call it “the Rodney Dangerfield of the Bill of Rights.”

Despite several justices’ repeated objections, lower courts continued “resisting th[e] Court’s decisions” and treating “the Second Amendment as a disfavored right.” As Justice Samuel Alito noted in his Bruen concurrence, the Supreme Court saw how manipulatable the two-part test was the last time it agreed to review a Second Amendment case. In 2018, the U.S. Court of Appeals for the 2nd Circuit upheld under the two-part test New York City’s law preventing residents from taking their handguns outside city limits. But once the Supreme Court granted cert, the city conceded that the law did not benefit public safety and repealed it to moot the case.

Bruen rightly invalidated the two-part test and returned the Second Amendment to its original form by reaffirming a test based on text and history. In applying that test to strike down New York’s discretionary licensing regime, the court provided the following guidance to lower courts, which offers insight into what other laws may be unconstitutional.

In his dissent, Justice Stephen Breyer criticized the court for applying a test that “refuses to consider the government interests that justify a challenged gun regulation.” “The Constitution contains no such limitation,” he claimed. But the Constitution is the limitation. As the majority explained, “the Second Amendment is the product of an interest balancing by the people, not the evolving product of federal judges,” and it “elevates above all other interests the right of law-abiding, responsible citizens to use arms for self-defense.”

Because firearms are far more regulated today than at any other point in American history, a fair application of Bruen should result in the invalidation of many burdensome and ahistorical laws. Included in these invalidated restrictions should be most of those that lower courts scrutinized under part two of the two-part test after determining that they burden the right’s original scope in part one.

In addition to restoring the Founders’ Second Amendment and reinstating the inalienable right to bear arms for millions of Americans, Bruen has effectively reset Second Amendment law after a decade of dismissive treatment by lower courts.