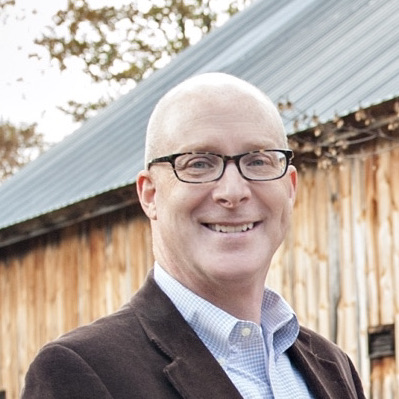 On Friday, in Becerra v. Empire Health Foundation, the Supreme Court had yet another chance to topple the Chevron doctrine, a stalwart of administrative law under which courts generally defer to federal agencies’ interpretations of ambiguous statutes. Apparently, though, a single earth-shattering decision was enough for one day. In a largely unremarkable 5-4 decision, the court upheld a 2005 regulation that reduces Medicare payments to “disproportionate share hospitals,” or “DSH hospitals.” The court made no mention of the Chevron doctrine, appearing to leave it intact.

The dispute in Empire Health centered on the meaning of the phrase “entitled to [Medicare Part A] benefits” in the Medicare payment statute for DSH hospitals. DSH hospitals serve a high percentage of low-income patients who are often in worse health and more costly to treat. The Medicare Act, which provides health insurance coverage for the nation’s elderly and disabled, pays DSH hospitals an enhanced rate to cover those higher costs.

DSH rates are calculated by adding two statutory fractions, called the Medicare and Medicaid fractions. The Medicare fraction measures a hospital’s low-income senior-citizen population. The Medicaid fraction measures a hospital’s low-income non-senior population. The sum of the two fractions determines whether a hospital will receive a DSH payment and how high that payment will be.

Objecting to the cut in DSH payments, Empire Health Foundation challenged the 2005 rule. It argued that HHS should interpret the phrase “entitled to [Medicare Part A] benefits” to include only Medicare patients whose hospital stays werepaid for by Medicare, rather than all Medicare-qualified patients. The U.S. Court of Appeals for the 9th Circuit, relying on a prior decision and the Chevron doctrine, sided with Empire Health Foundation. The Supreme Court, however, approved HHS’s new interpretation and reversed and remanded the case.

Justice Elena Kagan wrote for the majority. She was joined by Justices Clarence Thomas, Stephen Breyer, Sonia Sotomayor, and Amy Coney Barrett. Kagan found the 2005 HHS regulation consistent with the Medicare statute and the structure of the DSH provisions. While conceding that “[t]he ordinary meaning of the fraction descriptions … does not exactly leap off the page,” Kagan noted that the meaning of the two fractions is “surprisingly clear” if they are read as technical provisions written for specialists.

The key phrase “entitled to benefits,” she explained, is a term of art that HHS has interpreted consistently throughout the Medicare statute: It means qualifying for benefits. Thus, “entitled to [Medicare Part A] benefits” in the Medicare fraction should include all patients qualifying for the Medicare program, as the 2005 regulation says. Kagan then pointed out that the structure of the DSH provisions also supports HHS’s interpretation of “entitled to.” By counting everyone who qualifies for Medicare benefits in the Medicare fraction and no one who qualifies for those benefits in the Medicaid fraction, HHS’s interpretation neatly divides senior citizens and non-senior citizens in the payment formula. This approach, Kagan notes, “accords with the statute’s attempt to capture, through two separate measurements, two different segments of a hospital’s low-income patient population” — a point she made during oral argument.

Justice Brett Kavanaugh, writing in dissent, was joined by Chief Justice John Roberts and Justices Samuel Alito and Neil Gorsuch. Kavanaugh complained that HHS’s 2005 interpretation “is not the best reading of this statutory reimbursement provision.” He noted that from 1986 (when the DSH the statute was drafted) until its new regulation, HHS interpreted this statutory provision to include only patients who received Medicare payments for their hospital stay. He suggested that HHS changed its interpretation to reduce Medicare payments. He also argued that HHS’s 2005 regulation is undermined by “[b]oth statutory text and common sense.” “HHS’s contrary interpretation,” he concluded, “boils down to the proposition that a patient can be simultaneously entitled and disentitled to have payment made by Medicare for a particular day in the hospital. That interpretation does not work.”

There are two points of interest in this case worth noting. First, despite never invoking the Chevron doctrine, both sides relied on the text of the statute to reach their conclusions regarding an agency interpretation. Kagan based her conclusion on the “surprisingly clear” meaning of the text. Kavanaugh remarked that “this case is resolved by the most fundamental principle of statutory interpretation: Read the statute.” These approaches seem very much like the first step of the two-step Chevron analysis: If Congress’ intent is clear and unambiguous in the statute, then interpret the statute according to its terms, without deferring to the agency. This side-stepping of Chevron appears to be the same approach the court recently adopted in another Medicare case, American Hospital Association v. Becerra, in which the court appears to have simply ignored Chevron.

Second, the cut in DSH payments under the 2005 regulation is not insubstantial. According to an industry group, DSH hospitals could lose “billions of dollars” of Medicare payments under HHS’s 2005 rule. These cuts will likely increase financial pressures on some safety-net hospitals, which have closed at an accelerating rate over the last decade.