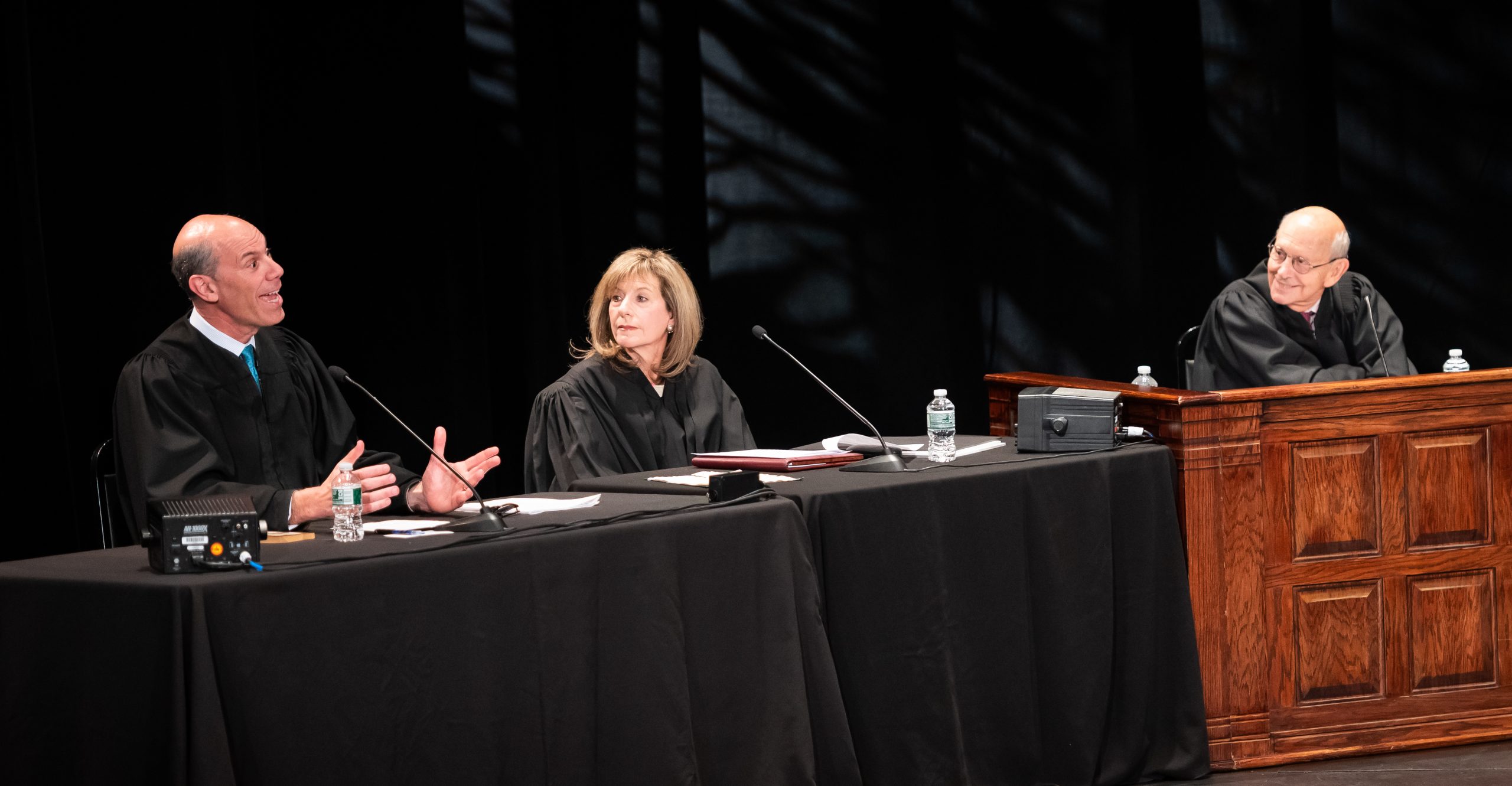 Presiding over the Corte Suprema di Cassazione on Monday night, Justice Stephen Breyer took the bench for his last case as a 16th century judge before his planned retirement this summer. The spring mock trial at the Shakespeare Theatre Company, “A Hero Defamed? Much Ado About Margaret,” brought before his court a challenge between maid and mistress.

The plaintiff, Hero, was the governor’s daughter on a seaside city in Sicily, and she was engaged to marry the young soldier Claudio. After uncovering a plot to break up her wedding, Hero sued Don John and his alleged coconspirators, Borachio and Hero’s own former attendant, Margaret, for defamation. Hero alleged that Margaret aided and abetted Don John’s defamation by agreeing to pose as Hero — in her wedding dress — with another man. The tryst tricked Claudio into thinking his fiancé was unfaithful, causing Hero distress. Margaret insisted on her innocence and her steadfast loyalty as Hero’s lady-in-waiting. But a lower court held her liable. Margaret appealed to Italy’s highest court. 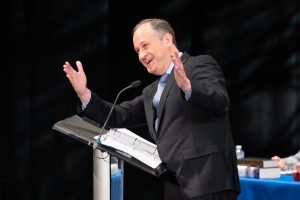 Though she was up against the governor’s daughter, Margaret managed to swing some high-profile representation. Second Gentleman Doug Emhoff took her case, pro bono, he said, because she was a woman unheard by justice. “I stand behind women — and Margaret, I have her back, too!” he told the room. Emhoff’s argument was simple: His client, widely known as “Good Margaret,” was a credible, working-class woman who simply got used in a deceitful man’s scheme. “She was just an unwitting pawn of the real villain, Don Jr. — I mean, Don John,” he said.

Further, Emhoff argued, his client’s loyalty was so great and her apparent sadness at Hero’s misfortune so sincere that she clearly had nothing to gain and everything to lose from her mistress’s downfall. Holding up a copy of Kenneth Branagh’s 1993 adaptation of the play, Emhoff told the court not to trust a “bad ’90s movie” over the true text. (Branagh’s misleading rendition, according to the brief, “shows Margaret in flagrante delicto with Borachio”). Breyer was confused, saying the only ’90s movie he cared about was Clueless. But Emhoff pulled focus back to the lower court ruling, and drew cheers from the audience, saying, “We know clear error when we see it. Like a decision by a senator not to vote for Judge Ketanji Brown Jackson. We know clear error!” 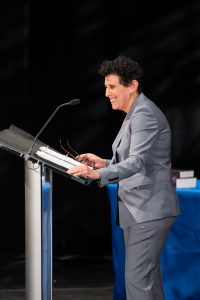 Debra Katz, known for her work representing workplace whistleblowers and victims of sexual harassment, argued for Hero. Katz did not spare her colleague on the other side any punches. “This is a process that would make Project Veritas proud,” Katz said. “Take the least credible person in the room and take their word for it.” Katz noted in her brief that, though she is known for siding with mistreated workers, there is no evidence that Hero ever mistreated Margaret. She argued that Margaret was not moved by any loyalty to her mistress, but instead was jealous. Worse, Margaret had violated the girl-code.

Out of a desire to avenge her low fortune in life, Katz claimed, Margaret conspired with two untrustworthy men against the innocent Hero. Margaret’s loyalty to Hero, her “trusted confidant,” should have caused her to immediately reject Borachio’s cruel proposal and report him to the authorities. Instead, she was overcome by her personal class frustrations, her desire to please a man, or the chance to gain a cut of his prize ducats. The facts are clear, Katz claimed, “Margaret betrayed her mistress, and broke the girl-code, to the benefit of two men.”

Joining Breyer on the bench were four other members of the U.S. federal judiciary, all sitting by designation in the Italian court: appellate judge Patricia Millett and district judges Amy Berman Jackson, James Boasberg, and Patricia Giles. After breaking to deliberate, the panel returned with a mostly unanimous decision. “Not completely!” Breyer laughed. “But pretty much.” With the justice’s characteristic twist of pragmatism, the court found a third party in the case, Hero’s cousin Beatrice, to be the true victim. Margaret was at fault, they ruled, but Hero would split the awarded ducats with Beatrice. The damages, Breyer explained, were for an intelligent woman’s lifetime of putting up with foolish men.