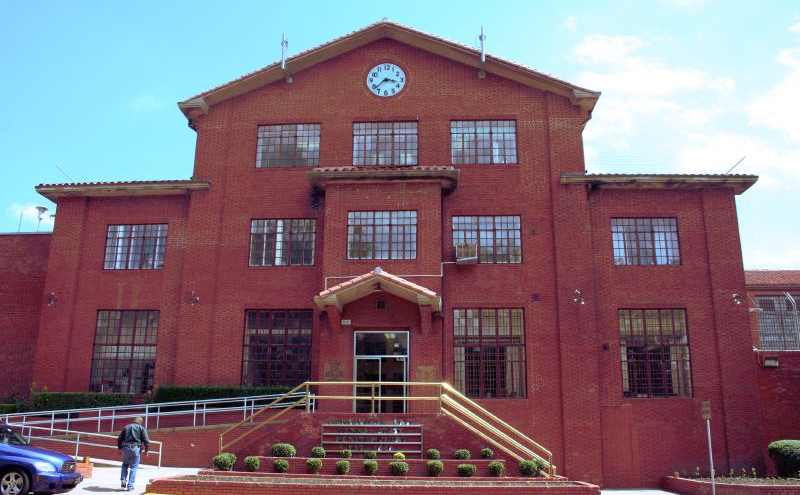 The Texas State Penitentiary at Huntsville, where the state's execution chamber is housed. (Nick DiFonzo via Flickr)
Share

The Supreme Court on Thursday turned down a request from a 78-year-old Texas inmate to block his execution. Justice Stephen Breyer, who has previously questioned the constitutionality of the death penalty and criticized lengthy delays in how it is carried out, wrote a one-paragraph statement in which he reiterated those concerns. But neither Breyer nor any other justice publicly dissented from the court’s order allowing the execution to proceed.

Carl Buntion was executed by lethal injection in Huntsville, Texas, a few hours after the court’s order. He was convicted and sentenced to death in 1991 for the shooting death of James Irby, a Houston police officer. In 2009, a Texas appeals court ordered a new sentencing hearing, but three years later, a jury again sentenced him to death. After his appeals and efforts to seek post-conviction relief were unsuccessful, the state set April 21, 2022, as his execution date.

Buntion went to federal court earlier this month, seeking to challenge the constitutionality of the state’s efforts to execute him after 31 years on death row – 20 of which were spent in solitary confinement. He contended that executing him now would violate the Eighth Amendment’s ban on cruel and unusual punishment, particularly when the state was responsible for the delay.

The state dismissed Buntion’s argument as a last-ditch effort to stave off his execution. It urged the justices to allow the execution to go forward, stressing that the Supreme Court “has never recognized a constitutional challenge to a death sentence based on the length of time a petitioner has served on death row awaiting execution.”

In his brief statement regarding the decision not to stay Buntion’s execution, Breyer wrote that Buntion’s case “illustrates a serious legal and practical problem with the death penalty as it is currently administered.” The court, Breyer noted, has “described even four weeks of waiting in prison under the threat of execution as ‘one of the most horrible feelings to which [a person] can be subjected.’” But Buntion, Breyer observed, “has suffered under such conditions for decades,” raising “serious questions” about whether the death penalty “complies with the Constitution’s prohibition against cruel and unusual punishment.”