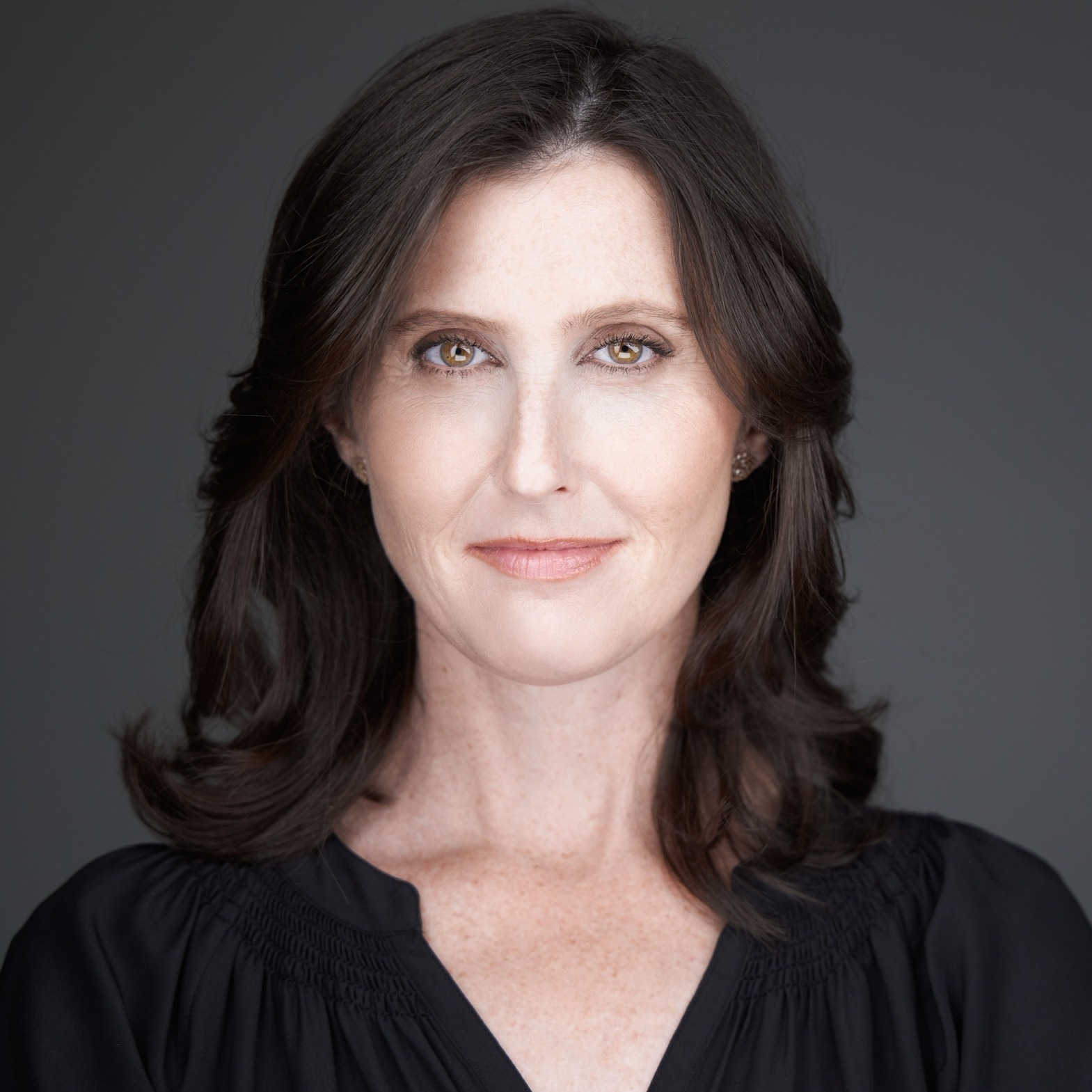 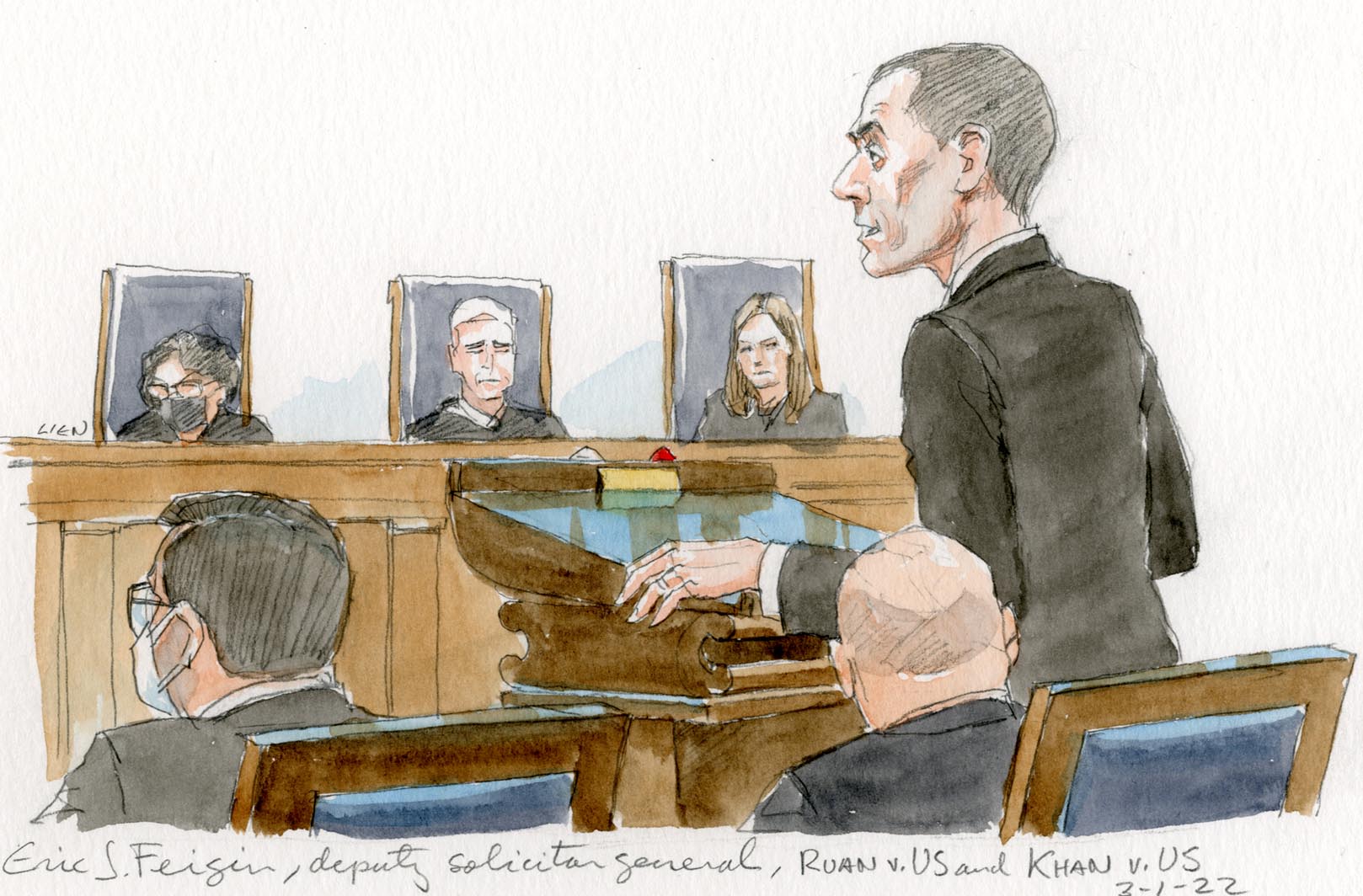 For nearly 90 minutes on Tuesday, the court grappled with the question of whether good faith is a defense for doctors criminally prosecuted for unlawful distribution of controlled substances. The court probed both sides intensely, struggling with the grammar of the Controlled Substances Act, the clarity of the relevant regulation, and the proposition that a doctor who lacked subjective criminal intent could nevertheless be jailed for a substantial period of time.

The case, Ruan v. United States, is a challenge to jury instructions in two prosecutions of doctors accused of operating opioids “pill mills,” and otherwise prescribing outside the bounds of ordinary medical practice. The CSA makes it unlawful, “except as authorized,” to “knowingly or intentionally” distribute controlled substances. One of those exceptions is for physicians who operate under the statute’s registration scheme; registered doctors may prescribe controlled substances in accordance with rules promulgated by the attorney general. The rule at issue in this case allows doctors to dispense a controlled substance that is “issued for a legitimate medical purpose by an individual practitioner acting in the usual course of his professional practice.” 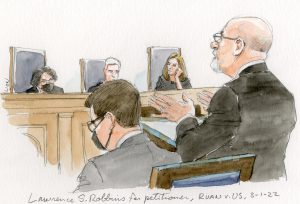 The government argues the intent standard is an objective one — an “honest effort” to comply with professional norms. The doctors argue that the standard must be subjective — did the doctor subjectively believe she was not prescribing for a legitimate medical purpose — in order to differentiate a criminal offense from a mere regulatory violation.

The oral argument tea leaves were difficult to read, and there was no evident split among the justices that tracked any kind of ideological divide. Chief Justice John Roberts began with a series of hypotheticals about speeding tickets — e.g., could a driver going 70 MPH in a 55-MPH zone claim he knew the speed limit but be let off the hook because he thought it should be higher because he was driving on open roads in Montana? But the discussion moved quickly to the differences between such a prototypical regulatory offense and a criminal act. Justices Clarence Thomas and Amy Coney Barrett pressed both sides on where the standard for the exception comes from, noting that the phrases “good faith” and “honest effort” appear nowhere in the statute and that the entirety of the exception, which likewise does not specify an intent standard, is the product of regulation. Justice Brett Kavanaugh suggested the regulation could be helpfully clarified — a suggestion the government’s lawyer, Deputy Solicitor General Eric Feigin, resisted, noting that the language in the regulation tracks language in the statute and that it would be difficult to improve on it.

Adverbs and recollections of elementary-school grammar teachers got a lot of play. The operative exception in the Act — “except as authorized” — comes before the words “knowingly or intentionally.” Justice Samuel Alito pointed out that the order of the phrases poses textual hurdles for a requirement of subjective intent, and he further suggested that “knowingly” and “intentionally” are adverbs and so do not properly modify “except as authorized.” “The problem is what an adverb can modify,” he said. “It can only modify a verb.”

Later, Justice Stephen Breyer jumped in, noting “I had a different English teacher … who told us an adverb could modify a verb, an adjective, or another adverb.” Using the example of a teacher who instructs students not to knowingly refer to a book about Julius Caesar “unless we’re taking about the Gallic wars,” Breyer argued that it did not matter whether the “unless” clause comes before or after the prohibition. 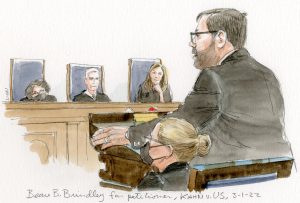 The government’s burden of proof also was the subject of much back and forth, even though it was not a major component of the briefing. Several justices asked first, whether, for every element of a crime, the government had to prove mens rea; and second, what precise burden remains on the government once a doctor puts forward lack of criminal intent as a defense. Several justices seemed unsatisfied with both sides’ answers to these questions, pressing again and again for a more specific position as to the burden. They also seemed quite interested in a provision of the CSA that provides that the government need not “negative any exemption or exception … in any complaint, information, indictment, or other pleading or in any trial.” Yet despite the justices’ prodding, both sides agreed that the government bore the ultimate burden of proof — once the defendant put forward evidence of his good faith. But that burden, Feigin said for the government, is “to prove beyond a reasonable doubt that the defendant was not even attempting to recognizably practice medicine,” not something subjective.

The justices did not ask questions about one of the main issues raised in the briefs, which was a concern about chilling the practice of medicine (and particular concerns about growing evidence that the heightened enforcement environment has chilled the legitimate practice of pain medicine). But Feigin did emphatically insist the statutory scheme is meant to target doctors who are effectively “drug dealing,” not doctors making medical calls that some might dispute. Nevertheless, at least several justices appeared hung up on the scenario in which, in a “close call” case, involving a battle of the experts about norms of professional practices, a jury might pick one side of the line and send a doctor who believed he was legitimately practicing medicine to prison for 20 years. Kavanaugh compared the facts at issue to an older case, Morrissette v. United States, in which the court held that criminal intent was necessary for the conviction of someone who took abandoned property mistakenly thinking he was authorized to do so.

In the end, it was not clear what direction the court is likely to take. The tension between allowing a physician to effectively define the scope of what is illegal, no matter how irrational her subjective belief about legitimate medical practice, seemed as unacceptable to many of the justices as a standard in which a difference of opinion about medical norms, with intent to violate the law, could result in criminal liability.