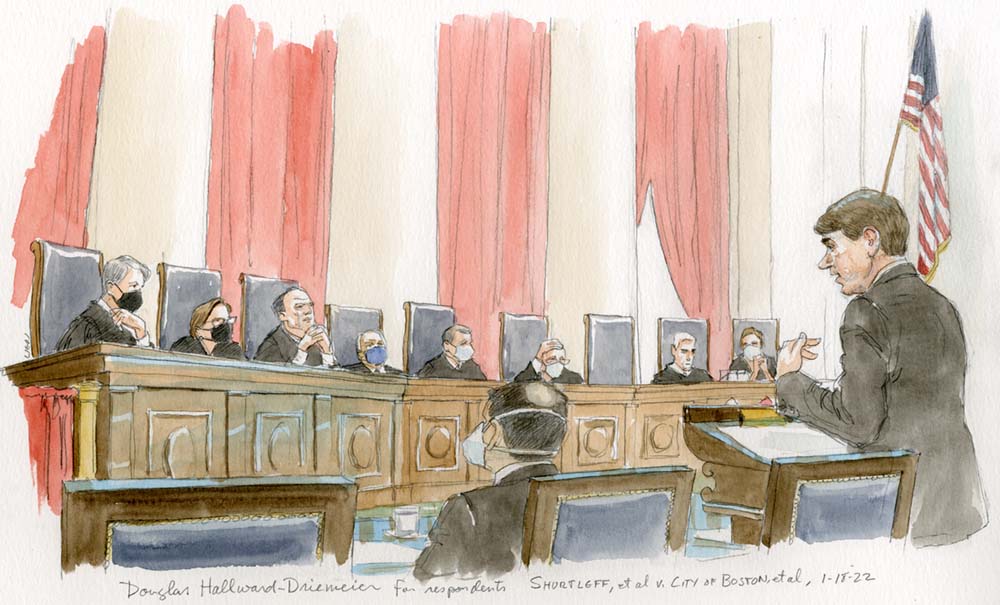 The Supreme Court heard oral argument on Tuesday in a free speech case arising from Boston’s practice of allowing outside groups to fly their flags on one of the three flagpoles in front of city hall. A group that was denied permission to fly a “Christian flag” argued at the Supreme Court that it would be “dangerous” to allow the lower court’s ruling upholding the city’s policy to stand, while the city stressed that the its decision to allow other groups to use the flagpole amounts to speech by the city, allowing it to choose which flags it wants to fly.

After nearly 90 minutes of oral argument, some justices seemed troubled by the possible implications of a broad ruling for the group, suggesting that it could require the city to fly offensive flags like a swastika. But at the same time, the justices seemed even more skeptical of the city’s decision to deny the group’s application to fly its flag.

Lawyer Mathew Staver argued on behalf of Harold Shurtleff, the founder of Camp Constitution, which applied to fly the group’s flag, bearing a cross, on the third flagpole in connection with an event that he wanted to hold on the plaza in front of city hall. Two of the flagpoles are occupied by the American flag (along with the POW/MIA flag) and the Massachusetts flag; the city of Boston flies its flag on the third pole but sometimes grants requests to swap out another flag for its own. During a 12-year period in which the city approved 284 requests to fly other groups’ flags on the third flagpole, Staver told the justices, the city had not denied any requests – until the word “Christian” in Camp Constitution’s application torpedoed its request. 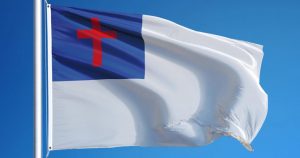 Several justices pressed Staver on what a ruling for the group might mean. Chief Justice John Roberts asked whether the city could deny requests to fly flags supporting “discrimination or prejudice.” When Staver responded that, if the flagpoles were otherwise open to the public, such a policy would be unconstitutional discrimination based on viewpoint, Roberts pushed back. “Well, they can’t have an official view,” Roberts asked, “against discrimination or against prejudice?”

Justice Elena Kagan had a similar question. If a city wanted to use its flagpoles for a community-building program, but wanted to try to place some limits on it, she asked, would the city have to allow someone to raise a flag bearing a swastika? When Staver again responded that the answer was yes, Kagan suggested that, as a result, cities would not actually be able to implement such programs “because no city is going to want to put up a swastika or a KKK flag or something like that.”

Staver countered that a city could “open up a forum but limit it to certain kinds of subject matters or speakers, certainly.” Boston, he said, had simply chosen not to. 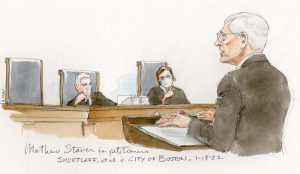 Sopan Joshi, the assistant to the U.S. solicitor general who argued on behalf of the United States in support of Shurtleff, agreed. He stressed that a city like Boston could maintain a flag-raising program but still exclude offensive flags like the KKK flags and swastikas and impose other restrictions, as long as the restrictions are related to the purpose of the program.

Kagan was not necessarily satisfied, telling Joshi that such a program would be “much more limited” than the one she had in mind, which would allow members from all parts of the community to fly flags representing things that are important to them, but without requiring the city to accept offensive messages. “Essentially,” she said to Joshi, “you’re saying they can’t do that.”

Arguing for the city of Boston, lawyer Douglas Hallward-Driemeier told the justices that private groups “are free to wave their flags on City Hall Plaza or even raise a temporary flagpole there, but they cannot commandeer the city’s flagpole to send a message the city does not endorse.”

Hallward-Driemeier immediately faced questions about the city’s policy itself, with Justice Samuel Alito suggesting that the city had only “reverse-engineered” its policy for approving flags after rejecting Shurtleff’s application. When the city initially denied Shurtleff’s request, Alito stressed, the city’s only criteria was whether the flag was “non-secular.” And if you open speech to everyone but ban religious speech, Alito continued, does that violate the Constitution?

Hallward-Driemeier emphasized that the city’s policy against allowing religious flags stems from a desire to “stay silent, neutral with respect to religion.” The city, he explained, isn’t going to support religion, but it also isn’t going to criticize it. “And that’s consistent with the principles of the” Constitution’s establishment clause, which prohibits the government from endorsing religion and from favoring one religion over another.

Kagan chimed in a few minutes later, asking Hallward-Driemeier (as she had asked Staver earlier) why Shurtleff and the city hadn’t settled their dispute when, she said, the case originated because of a city official’s mistaken belief that the establishment clause prohibited the city from allowing Shurtleff to fly his flag.

Justice Neil Gorsuch also returned to the establishment clause question. He told Hallward-Driemeier that, if the city official had erroneously denied Shurtleff’s request to fly the Camp Constitution flag “because he thought the establishment clause required him to do so,” and “that was the basis on which the city’s application decision was made, what’s left to decide?” “Why,” Gorsuch reiterated, “doesn’t it resolve this case?”