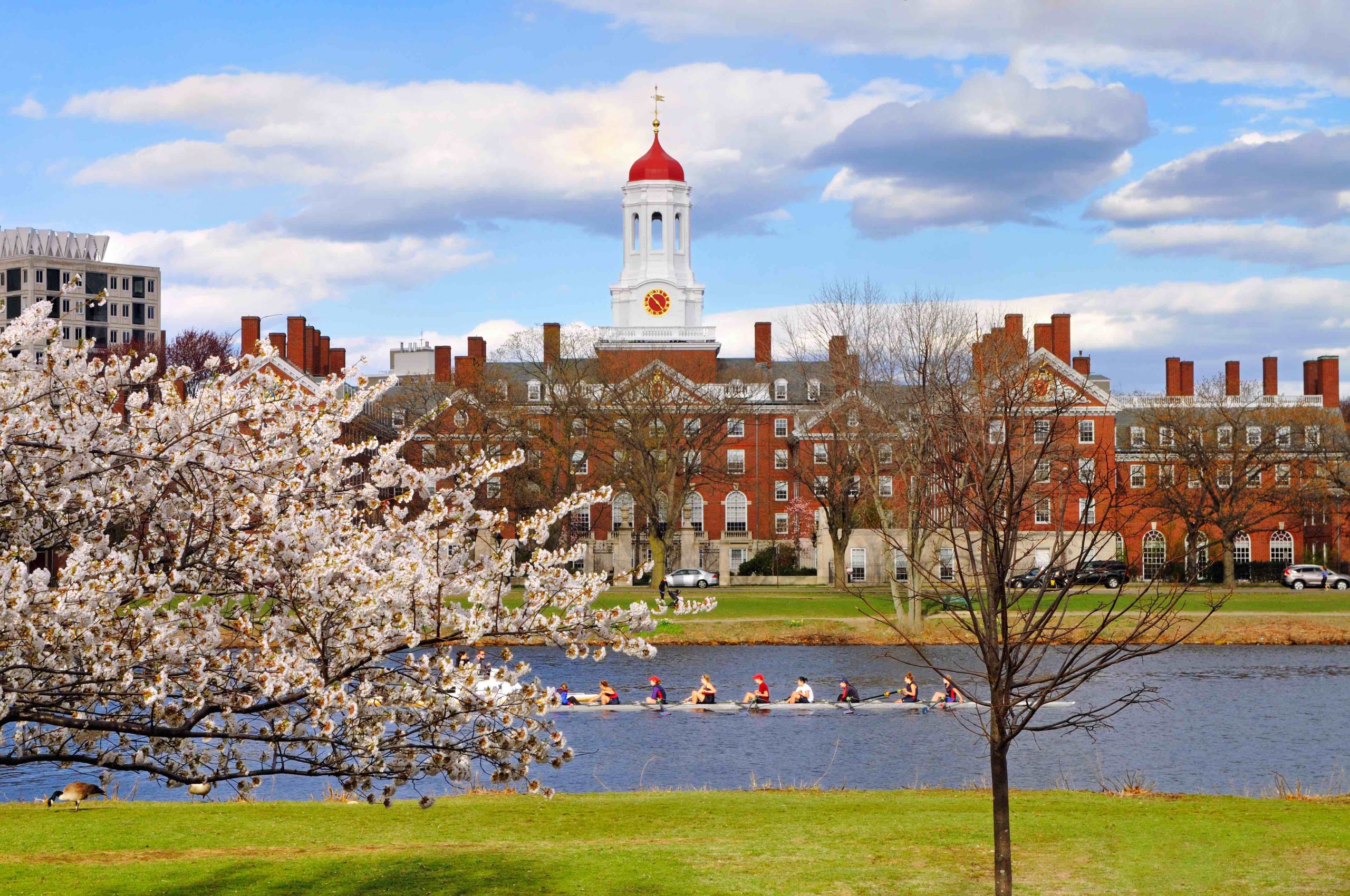 The campus of Harvard University in Cambridge, Massachusetts. (Jorga Salcedo via Shutterstock)
Share

The Supreme Court on Monday agreed to reconsider the role of race in college admissions. In a brief order, the justices agreed to take up two cases asking them to overrule their landmark 2003 decision in Grutter v. Bollinger, holding that the University of Michigan could consider race as part of its efforts to assemble a diverse student body. The decision to grant review in the two new cases suggests that the court’s conservative majority is poised to do just that.

Six years ago, a divided court upheld the University of Texas’ consideration of race in its undergraduate admissions process. Justice Anthony Kennedy wrote for the 4-3 majority in Fisher v. University of Texas, joined by Justices Ruth Bader Ginsburg, Stephen Breyer, and Sonia Sotomayor. The composition of the court has changed significantly since then: Although Justice Elena Kagan was recused from the Texas case because she had been involved in it as the solicitor general of the United States, Kennedy retired in 2018 and was replaced by Justice Brett Kavanaugh, while Justice Amy Coney Barrett succeeded Ginsburg, who died in 2020.

It was therefore a much more conservative court that considered the latest petitions asking the justices to revisit the issue. Both petitions arose from long-running lawsuits filed by a group called Students for Fair Admissions. Founded by Edward Blum, a former stockbroker who also backed the challenger in Fisher (as well as the challengers in Shelby County v. Holder, the 2013 case that narrowed the Voting Rights Act), the group describes its mission as helping to “restore colorblind principles to our nation’s schools, colleges and universities.”

The first case, filed against Harvard University, contends that the university’s race-conscious admissions policy discriminates against Asian American applicants. According to the group, Asian Americans are significantly less likely to be admitted than similarly qualified white, Black, or Hispanic applicants. Both the district court and the U.S. Court of Appeals for the 1st Circuit upheld Harvard’s policy, prompting SFFA to come to the Supreme Court in February 2021. The group urged the justices to take up the case and overrule Grutter, describing the 2003 ruling as a decision that was “grievously wrong” and now “sustains admissions programs that intentionally discriminate against historically oppressed minorities” – in the past, Jewish students, and now Asian Americans. The group also asked the justices to weigh in on whether Harvard’s policy violates Title VI of the federal Civil Rights Act, which bans racial discrimination by entities receiving federal funding.

Harvard told the justices that there is no reason for them to intervene in the dispute. Its policy is consistent with the Supreme Court’s precedents, the university stressed, and SFFA’s allegations to the contrary rely on a “thoroughly distorted presentation of” the facts in the case. Harvard takes race into account “in a flexible and nonmechanical way” for the benefit of “highly qualified candidates.” And there is certainly no reason for the court to “overrule more than 40 years of decisions regarding the limited consideration of race in university admissions,” Harvard concluded.

The justices did not act on SFFA’s petition immediately. Instead, in June they sought the federal government’s views – a maneuver that had the effect  of delaying the case’s progression. In a brief filed in December, the Biden administration acknowledged that the Trump administration had supported SFFA in the lower courts, but it explained that it had “reexamined the case” and now recommended that the justices deny review.

The second case, filed against the University of North Carolina at Chapel Hill, the state’s flagship public university, argues that the university’s consideration of race in its undergraduate admissions process violates both Title VI and the Constitution. (Unlike Harvard, UNC is a public university and is therefore covered by the 14th Amendment’s guarantee of equal protection.) After a federal district court in North Carolina rejected SFFA’s arguments, the group came straight to the Supreme Court, asking the justices to take up the case, alongside the Harvard case, before the U.S. Court of Appeals for the 4th Circuit could rule.

UNC defended its admissions policy in the Supreme Court, telling the justices that it has also implemented programs to increase diversity without considering race – for example, by actively recruiting low-income and first-generation college students. But it concluded, it wrote, that there is no alternative that would create a student body “about as diverse and academically qualified as its holistic, race-conscious admissions process.” And although it acknowledged that the question at the center of the case is “indisputably important,” it stressed that there was no reason for the Supreme Court to take the “extremely rare” step of bypassing the court of appeals.

The justices considered both cases together at three consecutive conferences – on Jan. 7, Jan. 14, and Jan. 22 – before granting review on Monday and consolidating them.