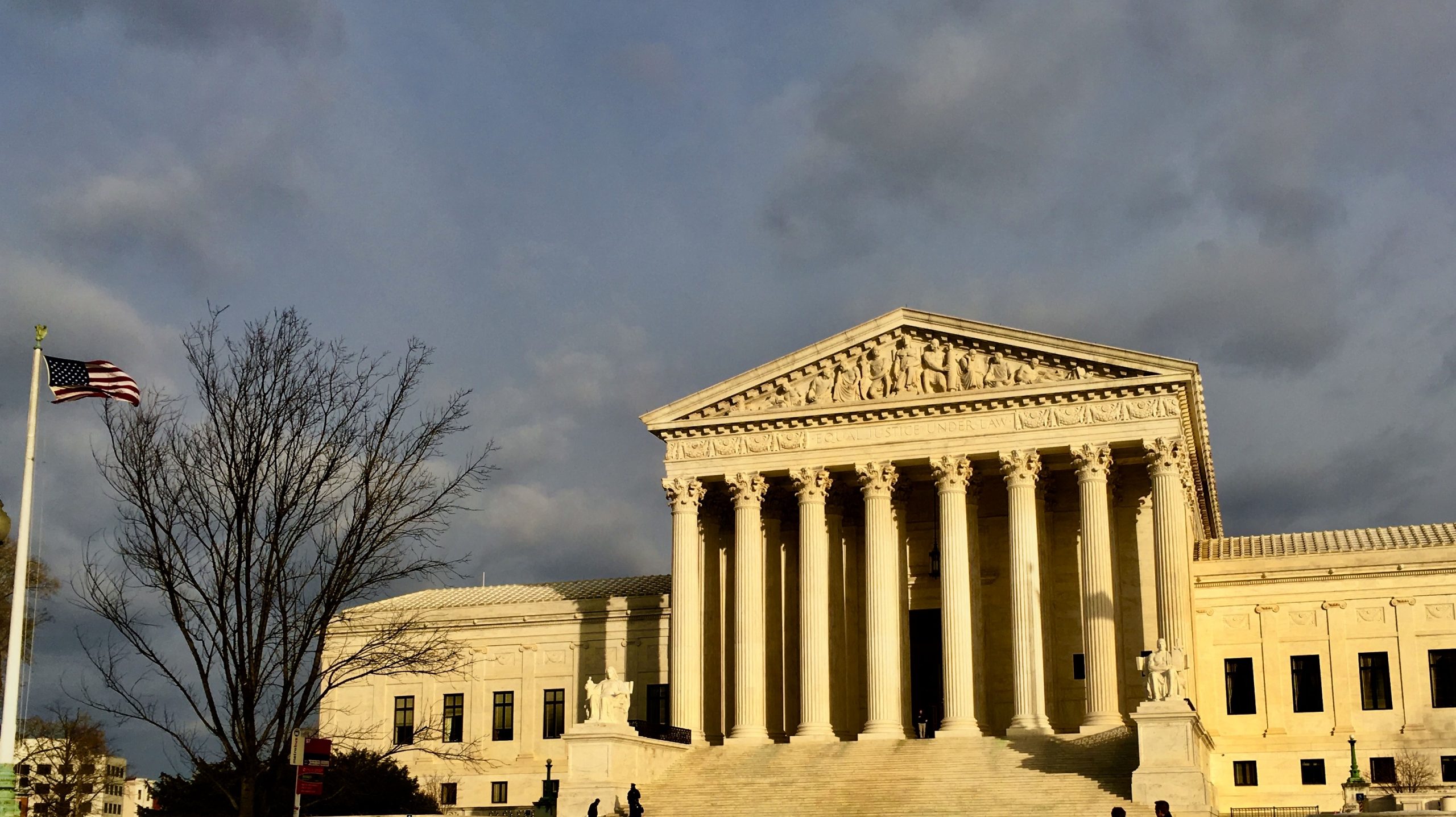 The Supreme Court heard oral argument on Friday in two sets of challenges to the Biden administration’s authority to combat the COVID-19 pandemic. For over two hours of debate, the justices were skeptical of the administration’s attempt to impose a vaccine-or-test mandate for workers at large employers. In the second case, which lasted for roughly an hour and a half, the justices were more receptive to the administration’s efforts to impose a vaccine mandate for health care workers at facilities that receive federal funding.

Both cases came to the Supreme Court last month on an emergency basis and, in an unusual move, the justices opted to fast-track the cases for oral argument on the question whether the mandates can remain in place while challenges to their legality continue in the lower courts.

Even beyond the subject matter of the arguments themselves, the specter of COVID-19 loomed over the courtroom from the outset. When eight justices took the bench, all but one of them – Justice Neil Gorsuch – wore masks. That was a sharp departure from prior in-person arguments during the pandemic, when Justice Sonia Sotomayor has been the only justice wearing a mask. Sotomayor, who has lifelong diabetes that puts her at higher risk from COVID-19, did not take the bench at all; she instead opted to participate in Friday’s arguments remotely.

In addition, for the first time since the court’s return to in-person arguments, two of the six lawyers participated by phone. According to Reuters, Ohio Solicitor General Benjamin Flowers contracted COVID-19 after Christmas, while Louisiana Solicitor General Elizabeth Murrill argued remotely “in accordance with COVID protocols,” which require arguing attorneys who test positive for COVID to argue by telephone.

The first case, National Federation of Independent Business v. Department of Labor, centers on the vaccine-or-test mandate issued by the Occupational Safety and Health Administration. It requires all employers with 100 or more employees – roughly two-thirds of the private sector – to compel those employees to either be fully vaccinated against COVID-19 or be tested weekly and wear masks at work.

Representing the business groups, lawyer Scott Keller warned that allowing the mandate to remain in place would cause “a massive economic shift,” resulting in “billions upon billions of non-recoverable costs” for businesses. If Congress intended to give OSHA the power to combat COVID-19 by imposing rules like the vaccine-or-test mandate, he told the justices, it needed to do so clearly. The question, Keller emphasized, is not what the United States is going to do about COVID-19, but instead who is going to decide what to do.

For Justice Elena Kagan, the answer to that question was simple. With the complicated balancing of public health and economic trade-offs, she suggested, administrative agencies, who have expertise in the areas that they regulate and are politically accountable, should make the decision, rather than unelected judges.

But Chief Justice John Roberts saw things differently. He suggested that Congress had not specifically given OSHA the power to enact a vaccine-or-test mandate – and, indeed, OSHA had never mandated vaccines before. It might be more appropriate for individual states to impose such a mandate, or Congress. It’s “hard to argue,” he told U.S. Solicitor General Elizabeth Prelogar, that a law passed by Congress 50 years ago giving OSHA general powers gives the agency “free rein” to issue a policy of this magnitude.

Justice Samuel Alito was also dubious, describing OSHA’s interpretation as “squeezing an elephant into a mousehole.” The vaccine-or-test mandate, he said, is “fundamentally different” from anything that OSHA has done before. Indeed, he noted, most OSHA regulations apply only while workers are on the job, but a vaccination is permanent.

In both cases, Justice Stephen Breyer voiced strong support for allowing the Biden administration to enforce the mandates while litigation continues. He repeatedly invoked statistics showing that the number of nationwide COVID-19 cases, driven by the highly contagious Omicron variant, is at an all-time high. The U.S. is now averaging more than 500,000 cases per day – far higher than when OSHA first issued the vaccine-or-test mandate, Breyer noted. And hospitals are nearly full with patients who are not vaccinated, he added. One of the factors that the court considers in deciding whether to grant the challengers’ request to put the mandate on hold is whether it is in the public interest to do so, he observed. With the tidal wave of recent COVID-19 cases, Breyer told Keller, “I would find that unbelievable.”

In the second case, Biden v. Missouri, the justices are considering whether the Biden administration can enforce nationwide a rule that requires all health care workers at facilities that participate in the Medicare and Medicaid programs to be fully vaccinated against COVID-19 unless they qualify for a medical or religious exemption. The Department of Health and Human Services issued the rule, which applies to more than 10 million workers, in November.

Sotomayor chimed in that the vaccine mandate for health care workers was also a valid exercise of the government’s power under the Constitution’s spending clause, which allows the federal government to impose conditions on the funds that it gives out.

Alito was skeptical, asking Fletcher whether the states had clear notice that by taking funds for Medicare and Medicaid they would later be subject to the vaccine requirement, but Roberts appeared to be more convinced. “You signed the contract,” he told Jesus Osete, the Missouri deputy solicitor general representing one set of challengers, and he later reminded Murrill that states had agreed to a broad provision that allowed the Department of Health and Human Services to impose requirements for the health and safety of patients.

Osete emphasized that if the Biden administration were allowed to enforce the mandate nationwide, “rural America will face an imminent crisis,” as health care workers would have to choose between losing their jobs and complying with the mandate.

Kagan pushed back against that argument, telling Osete that HHS had taken that possibility into account before issuing the mandate. Although some people might quit, she conceded, other employees might return to the workplace because they would feel safer with the mandate in place, and fewer people might be out sick. Moreover, she added, some people are not going to hospitals because they are afraid of getting COVID there. HHS, she stressed, has to balance all of these concerns. “I don’t know very much about rural hospitals,” Kagan acknowledged. “But the secretary” of Health and Human Services, she observed, “that’s his job.”