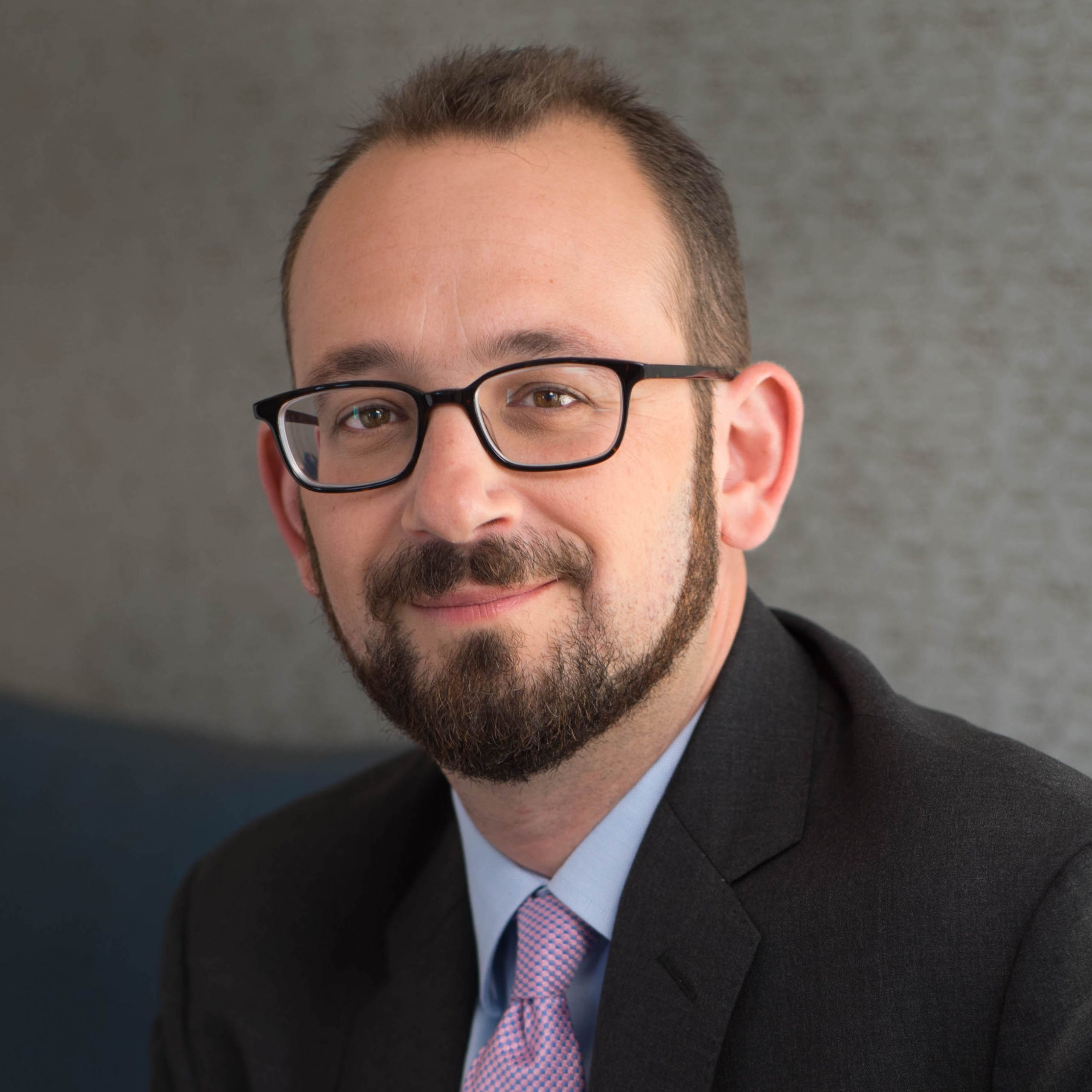 In 1994, death penalty lawyer Stephen Bright published his seminal essay Counsel for the Poor: The Death Sentence Not for the Worst Crime but for the Worst Lawyer. His argument – succinctly stated in the title – was that indigent defendants were disproportionately sentenced to death because their lawyers (who were often court-appointed) were under-resourced, ill-prepared, and failed at the most basic levels in their duty to represent their clients.

Two consolidated cases from Arizona that will be argued at the court on Wednesday –  Shinn v. Ramirez and Jones – are perfect examples of the problem Bright described nearly 30 years ago. The defendants, David Martinez Ramirez and Barry Lee Jones, were sentenced to death after their trial lawyers – who were appointed by the state and had little, if any, capital experience – failed to conduct basic investigations. In the case of Ramirez, a better investigation might have spared him the death penalty, and in the case of Jones, it might have led to an acquittal. I’ll discuss the facts of each case and how they come before the court, but first some background is necessary to understand the legal issue the cases will address. 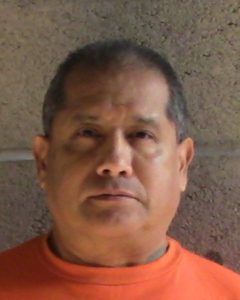 The Supreme Court had long held that the Sixth Amendment guarantees the right to the effective assistance of counsel at the trial and appellate stages of a criminal case. But it has never recognized such a right at the postconviction stage. That phase of a case — often called a habeas corpus proceeding, which refers to a longstanding power of courts to release prisoners held in violation of the law — occurs after the direct appeal and is typically the first opportunity to introduce new evidence. Some states, Arizona included, require defendants to wait until the postconviction stage to raise claims of ineffective assistance of counsel because those claims often require evidence outside the trial record – you can’t demonstrate that your lawyer was ineffective for failing to investigate your defense, for example, without showing what that investigation would have uncovered. But this procedural rule creates a conundrum for defendants: Often their first opportunity to argue that their trial lawyer was ineffective comes at a stage of the proceeding where they have no right to a lawyer at all, let alone an effective one.

This conundrum is made more consequential by another doctrine called “procedural default,” which holds that failure to raise a claim in state court precludes federal court review of that claim. So, what happens if your postconviction lawyer fails to raise a claim that your trial counsel was ineffective because your postconviction lawyer is herself ineffective? Under the procedural-default rule, you’re out of luck and could remain in prison – or be executed – without a court ever adjudicating the merits of your claim.

Martinez, however, did not address a potential tension between its holding and a provision of the statute that governs federal habeas review, the Anti-Terrorism and Effective Death Penalty Act of 1996. AEDPA erected new procedural and substantive barriers for defendants challenging their state-court convictions in federal court (I’ve written about one of the substantive barriers here). One of the procedural hurdles is 28 U.S.C. § 2254(e)(2), which forbids, with limited exceptions, the federal court from holding an evidentiary hearing if the defendant “has failed to develop the factual basis of a claim in State court proceedings.”

The question before the court in Shinn is, if Martinez allows a defendant to raise a procedurally defaulted ineffective-assistance claim in federal court based on postconviction counsel’s ineffectiveness, does AEDPA nevertheless prevent the defendant from developing that claim in an evidentiary hearing?

The U.S. Court of Appeals for the 9th Circuit ruled in both cases that the answer is no. 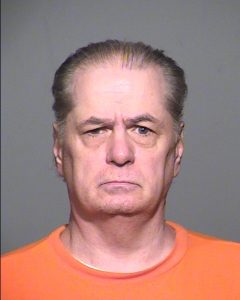 Here are the facts. Jones was convicted of murdering his girlfriend’s four-year-old daughter, who died from multiple blunt-force traumas. The prosecution was based largely on forensic evidence indicating that the girl’s injuries were caused the day before she died, when she was in Jones’ custody. Jones’ conviction and death sentence were affirmed on appeal and his postconviction counsel did not raise an ineffectiveness claim. In the federal habeas proceeding, however, Jones presented new evidence under Martinez to excuse his procedural default, which showed that both his trial and postconviction lawyers had failed to investigate forensic evidence that undermined the state’s timeline of the victim’s injuries, and thus raised a substantial question whether Jones was in fact guilty. The district court excused the procedural default of Jones’ ineffective assistance claim, and, relying on the record developed at the Martinez hearing, held that the new evidence might have changed the outcome of the trial, undermining the reliability of the conviction. A panel of the 9th Circuit affirmed.

Ramirez was convicted of killing his girlfriend and her 15-year-old daughter. Unlike the Jones case, there is no question as to Ramirez’s guilt – he was found with the two bodies in his apartment “covered in blood.” He also admitted that on the night of the murders and on prior occasions, he’d had sex with the 15-year-old girl. Ramirez was appointed a lawyer who had no capital experience and had never even observed a capital trial or sentencing. The lawyer admitted she was unprepared to represent someone “as mentally disturbed as … Ramirez.” At sentencing, a psychologist evaluated Ramirez and found him to be within the normal range of cognitive and psychological function. Ramirez’s state postconviction counsel left this conclusion unchallenged. An investigation conducted for his federal habeas petition revealed, however, that Ramirez was intellectually disabled and had suffered severe abuse, including starvation, as a child. The same psychologist stated that his professional opinion would have been different had he been provided this information. The district court held that this new evidence wouldn’t have changed the outcome of sentencing, but a 9th Circuit panel unanimously reversed that decision, sending the case back to the district court for an evidentiary hearing to allow Ramirez to develop his claim.

Arizona petitioned the full 9th Circuit to rehear both cases, and both petitions were denied, with eight judges dissenting. In dissent, Judge Daniel Collins noted the potential unfairness of excusing a defendant’s procedural default of a claim under Martinez but then denying him the ability to develop evidence to support his claim. But such unfairness, he wrote, “is inherent in the restrictions that AEDPA imposes on the grant of federal habeas relief.” In other words, it’s a feature, not a bug. Arizona then petitioned for certiorari and the Supreme Court agreed to hear the two cases in tandem.

The parties’ first skirmish in the merits briefs concerns AEDPA’s text. Arizona argues that the 9th Circuit’s decisions contravene the plain text of Section 2254(e)(2), and that while courts may come up with equitable exceptions to judge-made rules, such as procedural default, they cannot create exceptions to a statute. Jones and Ramirez counter that permitting evidentiary hearings when a defendant has established an entitlement to relief under Martinez is consistent with the statute, because Section 2254(e)(2)’s language concerning a defendant who “has failed to develop the basis of a claim” means a defendant who was at fault for the failure, and, as such, does not apply to a claim that was not developed based on ineffective assistance of postconviction counsel.

Both sides also marshal policy arguments to support their positions. Arizona argues that separation-of-powers principles require the court to follow the dictates of Congress, while finality and comity concerns should prompt the court to halt the flood of potential evidentiary hearings that will inundate the lower courts and sap the states’ resources. In this argument, Arizona takes aim at Martinez itself, calling the decision a “burden” that has had an “onerous impact” on the states. Jones and Ramirez argue that to adopt Arizona’s argument will mean that criminal defendants are deprived of even one full and fair opportunity to litigate their constitutional claims – an argument that is supported in amicus briefs by former state and federal judges and former federal prosecutors.

The grant of certiorari itself does not bode well for Jones and Ramirez given the absence of a circuit split and the Supreme Court’s penchant for reversing the 9th Circuit.  The court’s composition has, of course, changed dramatically since 2012 when Kennedy garnered a 7-2 majority to rule for the defendant in Martinez – which, notably, included Chief Justice John Roberts and Justice Samuel Alito. The three new justices who have joined the court since that time are all committed textualists, and Justice Neil Gorsuch in particular has shown hostility to defendants challenging state convictions. One question to watch for in oral argument is the extent to which the court engages with Arizona’s policy arguments focusing on Martinez. The new justices have so far shown little hesitation to reexamine and undercut Kennedy’s legacy in criminal cases in other contexts, and these cases may be their opportunity to do so again.