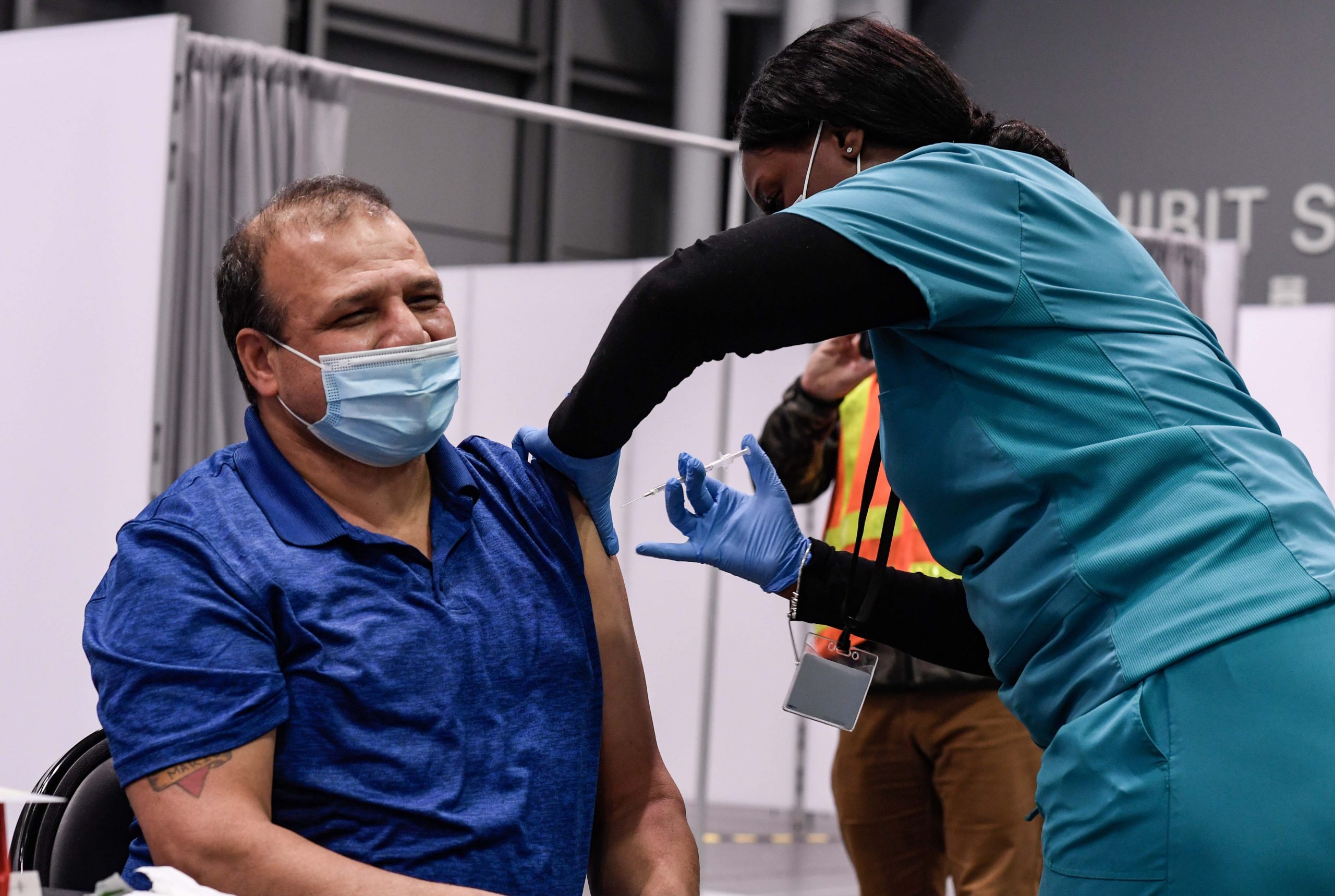 The Supreme Court on Monday turned down two requests to block New York’s vaccine mandate for health care workers. Two groups of health care workers are challenging the mandate, arguing that it violates their constitutional right to freely exercise their religion. But over the public dissents of three conservative justices, the court denied the workers’ requests to put the mandate on hold while litigation continues.

The dispute centers on a regulation issued by New York’s state health department that requires all health care workers in the state to be vaccinated against COVID-19 unless they qualify for a medical exemption. The regulation does not contain a religious exemption.

The challengers went to federal court, contending that they cannot comply without violating their religious beliefs because the three vaccines available in the United States all were tested or developed with cells descended from decades-old aborted fetal cells. One set of challengers told the justices that the vaccine mandate “imposes an unconscionable choice on New York healthcare workers: abandon their faith or lose their careers and their best means to provide for their families.”

The use of historical fetal cell lines is routine in the development and testing of drugs and vaccines, and the COVID vaccines themselves do not contain aborted fetal cells. The U.S. Conference of Catholic Bishops and other anti-abortion religious leaders have said it is ethically acceptable to receive the vaccines.

After the U.S. Court of Appeals for the 2nd Circuit declined to freeze New York’s mandate earlier this fall, the health care workers came to the Supreme Court, asking the justices to intervene on an emergency basis. The workers told the court that, like restrictions imposed on worship services to combat the spread of COVID-19, “vaccine mandates raise difficult questions about balancing indubitably strong public health interests on one side and core constitutional rights on the other.” However, the workers continued, “it is not difficult to see that New York’s uniquely punitive treatment of religious objectors, which is an extreme outlier nationally, violates the Free Exercise Clause.” They complained that New York had originally included a religious exemption but then eliminated it while maintaining a medical exemption.

New York urged the justices to leave the mandate in place. It compared the COVID-19 vaccine requirement, with only a medical exemption, to “preexisting vaccination requirements for measles and rubella that have been in effect for decades.” And the state pushed back against the premise of the health care workers’ objection to the vaccine, telling the justices that Pope Francis and the Conference of Catholic Bishops have encouraged people to get vaccinated. Fetal cells used during the research and development phase of the Pfizer and Moderna vaccines, the state said, “are currently grown in a laboratory and are thousands of generations removed from cells collected from a fetus in 1973.” Moreover, the state stressed, “the use of fetal cell lines for testing is common, including for the rubella vaccine, which New York’s healthcare workers are already required to take.”

Although both cases have been fully briefed since Nov. 17, the justices did not act on them until Monday, disposing of both with one-sentence orders. In October, the court rejected a similar challenge to Maine’s vaccine mandate for health care workers who sought religious exemptions. In that case, Justices Brett Kavanaugh and Amy Coney Barrett wrote that the court’s emergency docket is not the proper place to resolve the merits of the challenge. Justices Clarence Thomas, Samuel Alito, Neil Gorsuch dissented from the court’s decision not to intervene in the Maine case, with Gorsuch writing a dissenting opinion.

Gorsuch again issued a written opinion dissenting from Monday’s order denying the New York challengers’ emergency request in Dr. A v. Hochul. He would have put the mandate on hold until the Supreme Court can fully take up the challengers’ case. Alito joined Gorsuch’s dissent; Thomas indicated that he would have granted the challengers’ application but did not join the Gorsuch dissent.

Gorsuch emphasized that the challengers “are not ‘anti-vaxxers’ who object to all vaccines” and that “no one questions the sincerity of their religious beliefs.” The challengers’ religious opposition to the vaccines, he continued, did not originally pose any problems, because former New York Gov. Andrew Cuomo had indicated that any vaccine mandate would contain both medical and religious exceptions. “The trouble here began only” when Cuomo was replaced by the current governor, Kathy Hochul – who, Gorsuch noted, “expressed her view that religious objections to COVID-19 vaccines are theologically flawed.”

Because there is no real dispute that the challengers are likely to be permanently harmed if the mandate remains in effect, Gorsuch reasoned, the real question before the court in deciding whether to grant emergency relief was whether the challengers are likely to succeed on their argument that the vaccine mandate violates their right to freely exercise their religion. “The answer to that question,” Gorsuch wrote, “is clear,” and the mandate is unconstitutional. In light of Hochul’s comments about religion and vaccination, as well as changes to the state’s unemployment system “designed to single out for special disfavor healthcare workers who failed to comply with the revised mandate,” Gorsuch concluded, the overall record of New York’s mandate “practically exudes suspicion of those who hold unpopular religious beliefs.”

But even if the state had not made its suspicion so clear, Gorsuch added, the regulation would still be unconstitutional because “New York has presenting nothing to suggest that accommodating the religious objectors before us would make a meaningful difference to the protection of public health.” Other states have not required religious objectors to receive the vaccine, Gorsuch observed, and New York itself already enjoys a high vaccination rate in its health care facilities.

Gorsuch closed by accusing the court of “stand[ing] silent as majorities invade the constitutional rights of the unpopular and unorthodox.” Gorsuch expressed hope that eventually the justices will reach a different result that is, in his view, more respectful of the free exercise of religion.