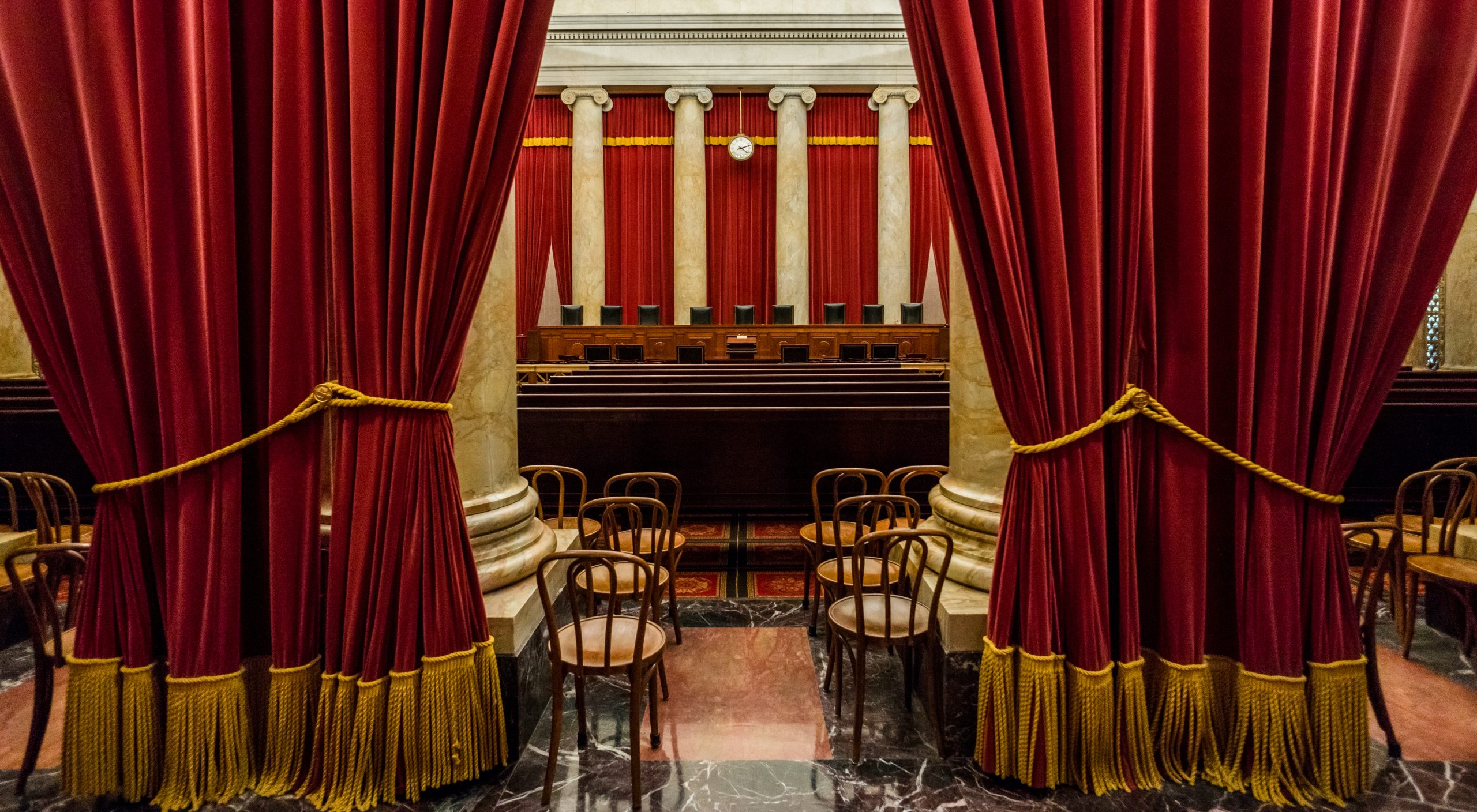 The justices have not taken the bench since March 2020, but they will be back for in-person arguments next month. (stock_photo_world via Shutterstock)
Share

The Supreme Court announced on Wednesday that the justices will return to the courtroom for oral arguments this fall. Because of the COVID-19 pandemic, however, the arguments will not be open to the public. Instead, the court will provide live audio of the arguments, as it has done since May 2020.

The announcement about the fall oral arguments had been widely anticipated for several months. Many court watchers had hoped that, as COVID-19 vaccines became widely available, the justices would return to the courtroom, particularly when some federal courts of appeals announced that they intended to resume in-person arguments. But the spread of the highly contagious delta variant likely complicated the justices’ decision making, as a return to the pre-COVID “normal” format would have involved packing over 400 people into the courtroom.

Instead, the justices opted for a hybrid format that will allow them to conduct oral arguments using the unstructured approach that they have historically used, rather than taking turns asking questions as they did during the pandemic, when they could not see each other or the arguing lawyer over the phone. However, only court staffers, arguing lawyers and reporters will be allowed to attend the oral arguments in person – a small fraction of the number of people who might normally be there. Everyone else will be able to listen to the audio of the arguments in real time.

The last time the court held an in-person argument was March 4, 2020, in a high-profile abortion case. Shortly after that argument, as COVID spread throughout the United States, the justices canceled arguments in March and April and then moved to the all-virtual format in May 2020.

The justices, who are in the final month of their summer recess, will return to the bench on Oct. 4 for the first arguments of the 2021-22 term.