One of the oldest problems in America persists: How to protect the voting rights of non-white citizens 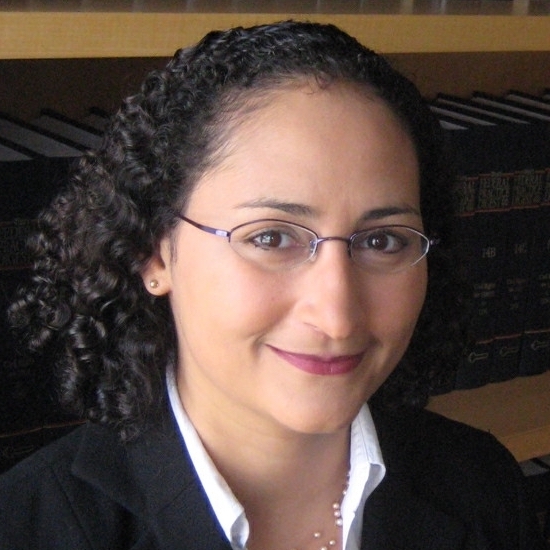 This article is the first entry in a symposium on the court’s decision in Brnovich v. Democratic National Committee.

Ciara Torres-Spelliscy is a professor of law at Stetson University College of Law, a fellow at the Brennan Center, and the author of the book Political Brands. She writes for herself and not her organizations.

The year 2021 marked the 151st anniversary of the 15th Amendment to the Constitution, which makes racial discrimination in voting unconstitutional. The Supreme Court placed the 15th Amendment’s lofty goal of racial equality in voting out of reach again in its ruling in Brnovich v. Democratic National Committee.

For decades after the 15th Amendment was ratified, it was a dead letter in many parts of the South. As even the Supreme Court in Brnovich acknowledged: “Despite the ratification of the Fifteenth Amendment, the right of African-Americans to vote was heavily suppressed for nearly a century.”

Notwithstanding that suppression, as I wrote about here, many African American politicians were active members of the Republican Party, or “the Party of Lincoln.” These Black politicians were outspoken at national conventions urging them to protect the franchise of non-white citizens. Way back in 1872, African American William H. Grey, a member of the Arkansas legislature, told the Republican National Convention, “[B]lack people … know they cannot afford to vote for men who say to them when they desire to vote, ‘You have got your rights now; what more do you want?’ They cannot afford to vote for men who have refused to acknowledge or carry out the Thirteenth, Fourteenth, and Fifteenth Amendments to the Constitution.”

Back in our time, the blindness to the needs of non-white voters continues to be a national calamity. The latest example of which was on July 1, 2021 when the Supreme Court decided Brnovich (which had been consolidated with Arizona Republican Party v. Democratic National Committee). The legal questions in the case were: “(1) Whether Arizona’s out-of-precinct policy, which does not count provisional ballots cast in person on Election Day outside of the voter’s designated precinct, violates Section 2 of the Voting Rights Act; and (2) whether Arizona’s ballot-collection law, which permits only certain persons to handle another person’s completed early ballot, violates Section 2 of the Voting Rights Act or the 15th Amendment.” The Supreme Court did not even tackle the 15th Amendment arguments and rather ruled on a crabbed statutory interpretation of the Voting Rights Act.

These two restrictions in Arizona law were shown in the U.S. Court of Appeals for the 9th Circuit to have negative impacts on Hispanic Americans, African Americans and especially Native Americans. As the Supreme Court summed up, the 9th Circuit “found that these disparate burdens were in part caused by or linked to social and historical conditions that produce inequality. Among other things, the court relied on racial discrimination dating back to Arizona’s territorial days, current socioeconomic disparities, racially polarized voting, and racial campaign appeals.”

Despite that, the Supreme Court reversed the 9th Circuit and ruled in Brnovich that Arizona’s out-of-precinct policy and its ballot collection law, known as HB 2023, do not violate Section 2 of the Voting Rights Act, and that the law was not enacted with a racially discriminatory purpose.

Under the law in Arizona, voters who vote in the wrong precinct have their votes thrown out. But the Supreme Court dismissively stated, “Mere inconvenience cannot be enough to demonstrate a violation” of Section 2.

The bigger picture about why Brnovich is so important is it shows the Supreme Court’s dim view of voting rights — a topic that has split the states and divided Congress in the wake of the 2020 election. In 2020, many states expanded options for voters in light of the COVID-19 pandemic, including easier vote-by-mail opportunities. Then came Donald Trump’s “Big Lie” and his childish refusal to concede. The facts in Brnovich predated all of the hullabaloo about 2020. Rather, the issue there was a set of Arizona restrictions that hit voters of color and Native American voters particularly hard in 2016.

What has happened in 2021 is blue states have by and large kept their 2020 expansions or even improved voting rules for voters. Meanwhile red states based on the “Big Lie” that Trump really won the election have been putting in place stricter voting rules ghost written by groups like Heritage Action for America.

Meanwhile, at the federal level, the biggest voting reform package in a generation, the For the People Act, just stalled in the Senate when it failed to surmount a Republican filibuster. Hope now turns to the John Lewis Voting Rights Act, named for the late Civil Rights hero. This bill would respond to another Supreme Court decision, Shelby County v. Holder, which gutted Section 4 of the Voting Rights Act in 2013. Even if it passed Congress, the John Lewis Voting Rights Act would not necessarily fix all the voting rights restrictions that states have already enacted in 2021. And under Brnovich, the path to challenging the legality of states’ restrictive laws is that much narrower.

The catch-22 is that, if voters dislike the politicians who enacted these restrictions and want to vote them out of power, that will be more onerous to do because of the new voting restrictions that will be in place.

Students of American history have seen this movie before. America has a long and sordid history of denial of the franchise to non-white citizens. The great orator Frederick Douglass addressed several meetings of the RNC about voting rights. In 1876, Douglass asked, “[W]hat is your enfranchisement? What does it all amount to, if the black man, after having been made free by the letter of your law, is unable to exercise that freedom[?]”

Twelve years later, Douglass addressed the 1888 convention, when the disenfranchisement of Black voters was a festering problem. He implored his mostly white audience, “[L]et us remember these black men now stripped of their constitutional right to vote … Leave these men no longer to wade to the ballot box through blood, but extend over them the arm of this Republic, and make their pathway to the ballot box as straight and as smooth and as safe as any other citizen’s. … I speak on behalf of the millions who are disfranchised to-day.” He never gave up on the idea that his fellow citizens would rise to the occasion on the issue of equal voting rights across racial lines.

We, as a nation, should know better by now. The Supreme Court should certainly know better after 151 years. But once again, in 2021 the people whose voting rights are most easily trampled are those of citizens of color. Thus, Brnovich intensifies the urgency for Congress to step up to protect voting rights of all Americans.

Recommended Citation: Ciara Torres-Spelliscy, One of the oldest problems in America persists: How to protect the voting rights of non-white citizens, SCOTUSblog (Jul. 6, 2021, 11:04 AM), https://www.scotusblog.com/2021/07/one-of-the-oldest-problems-in-america-persists-how-to-protect-the-voting-rights-of-non-white-citizens/