From the court, a vindication of faith-based service. From Alito, a blueprint for the future. 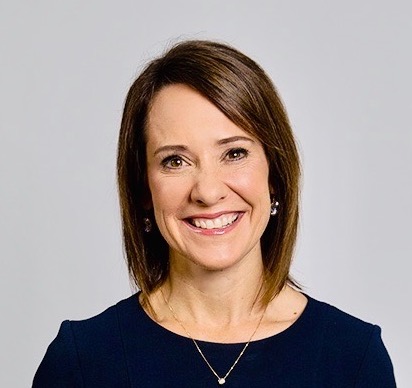 This article is part of a symposium on the court’s decision in Fulton v. City of Philadelphia.

Andrea Picciotti-Bayer is the director of the Conscience Project and previously was the legal adviser to the Catholic Association.

Anti-Catholic bigotry is not a thing of the past. When the city of Philadelphia severed ties with Catholic Social Services, a church-run foster-care program, it was the equivalent of hanging a “Catholics Need Not Apply” sign outside of its Department of Human Services. City officials were unrelenting (and downright nasty) in their unsuccessful demand that the agency endorse same-sex marriage as a precondition to social service. In the midst of a foster-care crisis, such disregard for religious belief is counterproductive by any measure. And, as the Supreme Court explained on Thursday, it is unconstitutional.

In a unanimous decision, the court held that Philadelphia violated the First Amendment’s free exercise guarantee. Chief Justice John Roberts, writing for the court, noted that “CSS seeks only an accommodation that will allow it to continue serving the children of Philadelphia in a manner consistent with its religious beliefs; it does not seek to impose those beliefs on anyone else.” He also pointed out that even the city acknowledges that CSS has “long been a point of light in the City’s foster-care system.” This is a point worth remembering.

The Catholic Church in Philadelphia has a longstanding tradition of caring for children in need. Beginning in the early 1900s, the Catholic Children’s Bureau was established and staffed by Missionary Sisters of the Blessed Trinity, early Catholic pioneers in social work in the United States. Their work continues through the dedicated efforts of CSS staff. In the 1950s, the city began facilitating foster care placements. Today CSS can only place children in foster homes in partnership with the city.

I filed an amicus brief in support of CSS on behalf of former foster and adoptive parents and former foster children served by Catholic-run agencies. One foster parent, Winnie Perry, has fostered over 100 children over the past 40 years with CSS. Perry thinks that the forced closure of CSS in Philadelphia was “terrible.” “There are so many children out there who need their help,” she laments. Jamie Hill, a former foster child who grew up in a CSS-certified foster home, also stepped up in defense of the agency. Hill’s reaction on learning that the city cut ties with the agency? “We are better than this. It is not like this issue suddenly came up. This has been part of what the Catholic Church has taught forever. I was really shocked that the government could force a religious organization to do something against what they believe in.”

It’s curious that many civil rights organizations supported the government in this case. What’s more, the American Civil Liberties Union – an organization founded to defend civil liberties – represented intervenors who sided with the city. A New York Times article recently commented that the organization “risks surrendering its original and unique mission in pursuit of progressive glory.” Its role in Fulton is a perfect example.

The very existence of many faith-inspired service groups in America like CSS is threatened as never before. And that will have a huge impact on the social landscape of the United States. The Bridgespan Group recently published a study finding “that faith-inspired organizations account for 40 percent of social safety net spending” in a sample of six cities of varying size and demographics. The faith that inspired the founding of houses of worship also aligned with “nonprofit organizations that seek to translate many of the religious doctrines of charity and caring for those most in need into professionalized services offered to communities across the country.”

There is strain in progressive thinking, now found at all levels of the Biden administration and in many state and local governments across the country, that cannot stomach a genuine diversity of views – particularly when those views are inspired by traditional religious teaching. The court, by contrast, is not so willing to ignore the basic guarantees of the Constitution. The judgment in Fulton, let me remind you, was unanimous.

Justice Samuel Alito, joined by Justices Clarence Thomas and Neil Gorsuch, concurred in the court’s judgment. They were ready to consider the issue of what to do about the court’s prior decision in Employment Division v. Smith. In Smith, the court held that the Constitution does not require accommodations for religious objectors from neutral, generally applicable laws. Alito’s concurring opinion correctly noted that Smith “abruptly pushed aside nearly 40 years of precedent.” He argued that the decision was a “severe holding” that is “ripe for reexamination.” Justice Amy Coney Barrett, joined by Justice Brett Kavanaugh, similarly left open the possibility of reconsidering Smith in the future.

Alito’s 77-page concurring opinion will be an important blueprint for the court when reviewing future cases involving religious objections to anti-discrimination laws. And, let there be no mistake, those cases will come. Alito made a similar contribution to the court’s religious freedom jurisprudence not that long ago. When the court unanimously decided Hosanna-Tabor v. Equal Employment Opportunity Commission in 2012, ruling that federal discrimination laws do not apply to religious organizations’ selection of religious leaders, Alito emphasized in his concurring opinion that courts should “focus on the function performed by persons who work for religious bodies” when determining ministerial status. He argued that the exception should apply to anyone “who leads a religious organization, conducts worship services or important religious ceremonies or rituals, or serves as a messenger or teacher of its faith.” His analysis would form the basis of the court’s decision last summer in Our Lady of Guadalupe School v. Morrissey-Berru, extending the ministerial exception to teachers of religion at Catholic parochial schools.

At the end of the day, Fulton is an important rebuke to overzealous government officials who weaponize anti-discrimination laws against traditional religious belief. Brace yourself for the response of disgruntled progressives.

Recommended Citation: Andrea Picciotti-Bayer, From the court, a vindication of faith-based service. From Alito, a blueprint for the future., SCOTUSblog (Jun. 18, 2021, 4:37 PM), https://www.scotusblog.com/2021/06/from-the-court-a-vindication-of-faith-based-service-from-alito-a-blueprint-for-the-future/