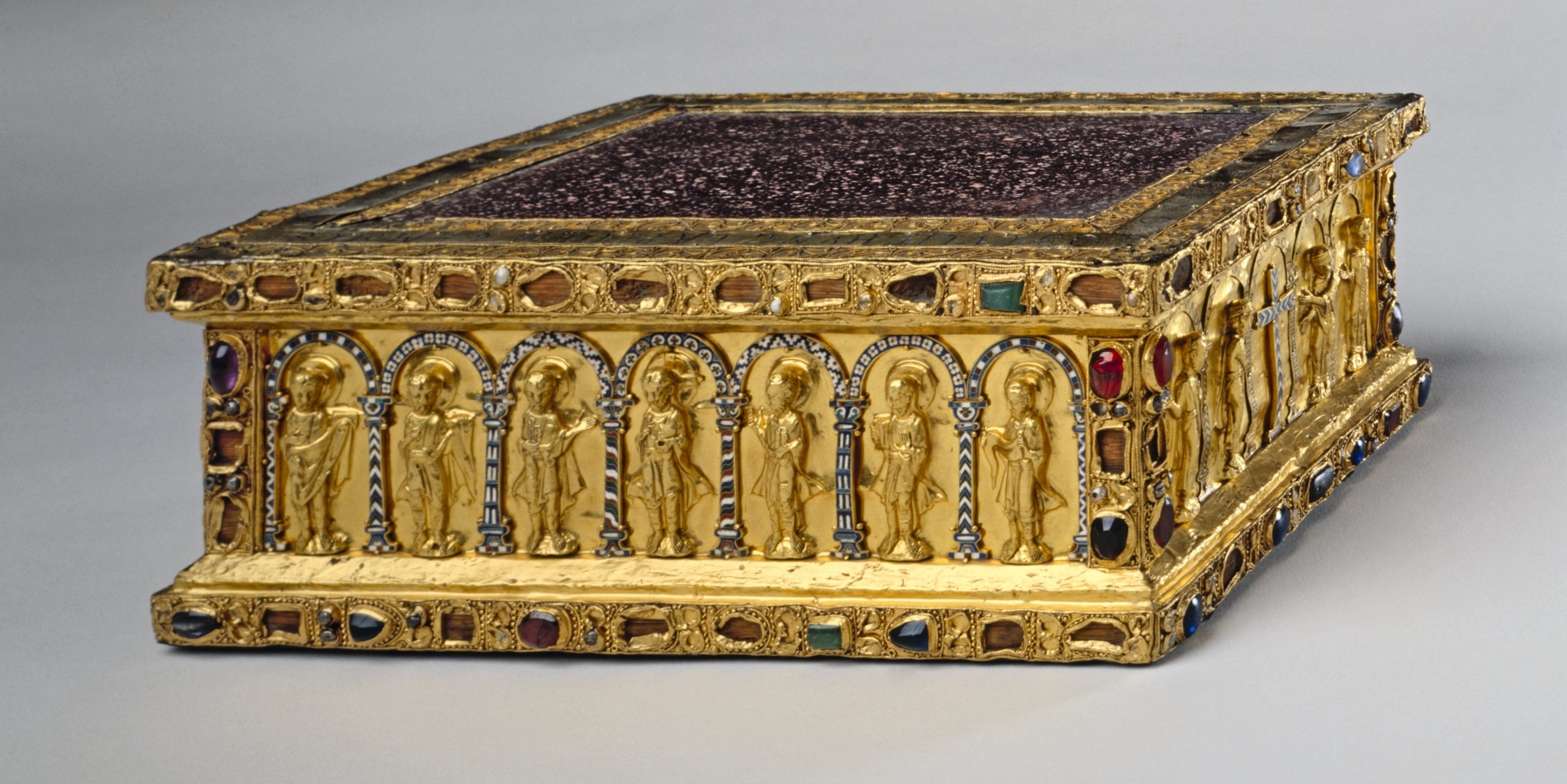 The Supreme Court on Wednesday ruled in favor of Germany in a lawsuit brought by the heirs of several Jewish art dealers who are seeking compensation for what they describe as the forced sale of medieval Christian relics under the Nazi regime. In Federal Republic of Germany v. Philipp, the justices unanimously vacated a lower-court ruling that allowed the lawsuit to go forward, agreeing with Germany that the lawsuit does not fall within an exception to the Foreign Sovereign Immunities Act, which generally bars lawsuits against foreign governments in U.S. courts.

The court also issued a one-sentence opinion vacating a lower-court ruling in Republic of Hungary v. Simon, a similar lawsuit brought by Holocaust survivors seeking compensation for Hungary’s confiscation of Jewish property. The justices sent Hungary v. Simon back to the lower courts for further proceedings in light of the opinion in Germany v. Philipp.

The relics at the heart of the German case are the Welfenschatz, known in English as the Guelph Treasure. In 1929, Jewish art dealers in Germany formed a consortium to buy the collection. Six years later, the consortium sold 42 of the pieces to the Nazi-controlled state of Prussia for the equivalent of $1.7 million in 1935 dollars – far below its actual value, according to the art dealers’ heirs. The art, now valued at approximately $250 million, is currently housed at a state-run museum in Berlin.

The heirs, who say the sale was coerced, first tried to recover the art in Germany from a commission created to arbitrate Nazi-era art claims, but those efforts were unsuccessful. The heirs then filed a lawsuit in federal court in Washington, D.C., arguing that the Welfenschatz had been taken in violation of international law.

Although the FSIA normally bars lawsuits against foreign governments in U.S. courts, one exception – known as the “expropriation exception” – allows cases with a sufficient commercial connection to the United States to go forward when they involve “rights in property taken in violation of international law.” The lower courts agreed with the heirs that this exception applied to their case. The U.S. Court of Appeals for the District of Columbia Circuit concluded that although a government’s confiscation of its own citizens’ property does not violate the international law of takings, the case still fell within the exception because the heirs contend that the consortium was forced to sell the art at a low price as part of the Nazi genocide, which was itself a violation of international law for purposes of the exception.

In an opinion by Chief Justice John Roberts, the Supreme Court agreed with Germany’s narrower interpretation of the expropriation exception. Based on both international law and U.S. foreign policy, Roberts wrote, there is a consensus among courts that the phrase “violation of international law” in the expropriation exception does not include cases in which a country takes property belonging to its own nationals.

Roberts rejected the heirs’ (and the D.C. Circuit’s) argument that the expropriation exception applied because the forced sale of the Welfenschatz violated the ban on genocide. When the FSIA was enacted in 1976, Roberts reasoned, it was “clear” that a taking of property violated international law only when a state took a noncitizen’s property. And more broadly, Roberts observed, the exception “places repeated emphasis on property and property-related rights, while injuries and acts we might associate with genocide are notably lacking.”

Roberts found support for Germany’s interpretation in other parts of the FSIA as well. When Congress wanted to allow lawsuits in U.S. courts against foreign countries for injuries from human rights violations, “it did so explicitly and with precision,” Roberts suggested. But if the heirs were correct, Roberts continued, plaintiffs could sidestep the limits that Congress had imposed on such lawsuits by relying on the expropriation exception.

Repeating a theme that he has voiced in other cases involving efforts by foreign plaintiffs to recover in U.S. courts, Roberts stressed that the justices “have recognized that ‘United States law governs domestically but does not rule the world.’” The United States, Roberts wrote, “would be surprised — and might even initiate reciprocal action — if a court in Germany adjudicated claims by Americans that they were entitled to hundreds of millions of dollars because of human rights violations” committed by the U.S. government long ago. “There is no reason to anticipate,” Roberts concluded, that “Germany’s reaction would be any different were American courts” to entertain the heirs’ lawsuit against Germany here.

The court did not resolve a separate issue in the case: whether principles of “international comity” require federal courts to avoid resolving the heirs’ claims even if they have jurisdiction. It also did not address a different argument made by the heirs, who suggested that the lawsuit could still go forward because the members of the consortium were not German nationals when the forced sale took place. The justices sent the case back to the lower courts so that the district court could consider this question – including whether the heirs had adequately made this argument below.

At the same time that it issued its ruling, the Supreme Court released a separate one-sentence opinion vacating the D.C. Circuit’s opinion in Hungary v. Simon, which was argued on the same day as Germany v. Philipp. In that case, 14 Jewish survivors of the Hungarian portion of the Holocaust filed a federal class action against Hungary and the successor to its state-owned railroad, seeking compensation for property taken from them. Like the art dealers’ heirs in the German case, they relied on the expropriation exception, but the question before the Supreme Court was whether federal courts should abstain from hearing the case even if they have jurisdiction. In an unsigned opinion on Wednesday, the justices sent the case back to the lower courts for another look at whether the case can go forward if, after the opinion in Germany v. Philipp, the plaintiffs cannot rely on the exception.