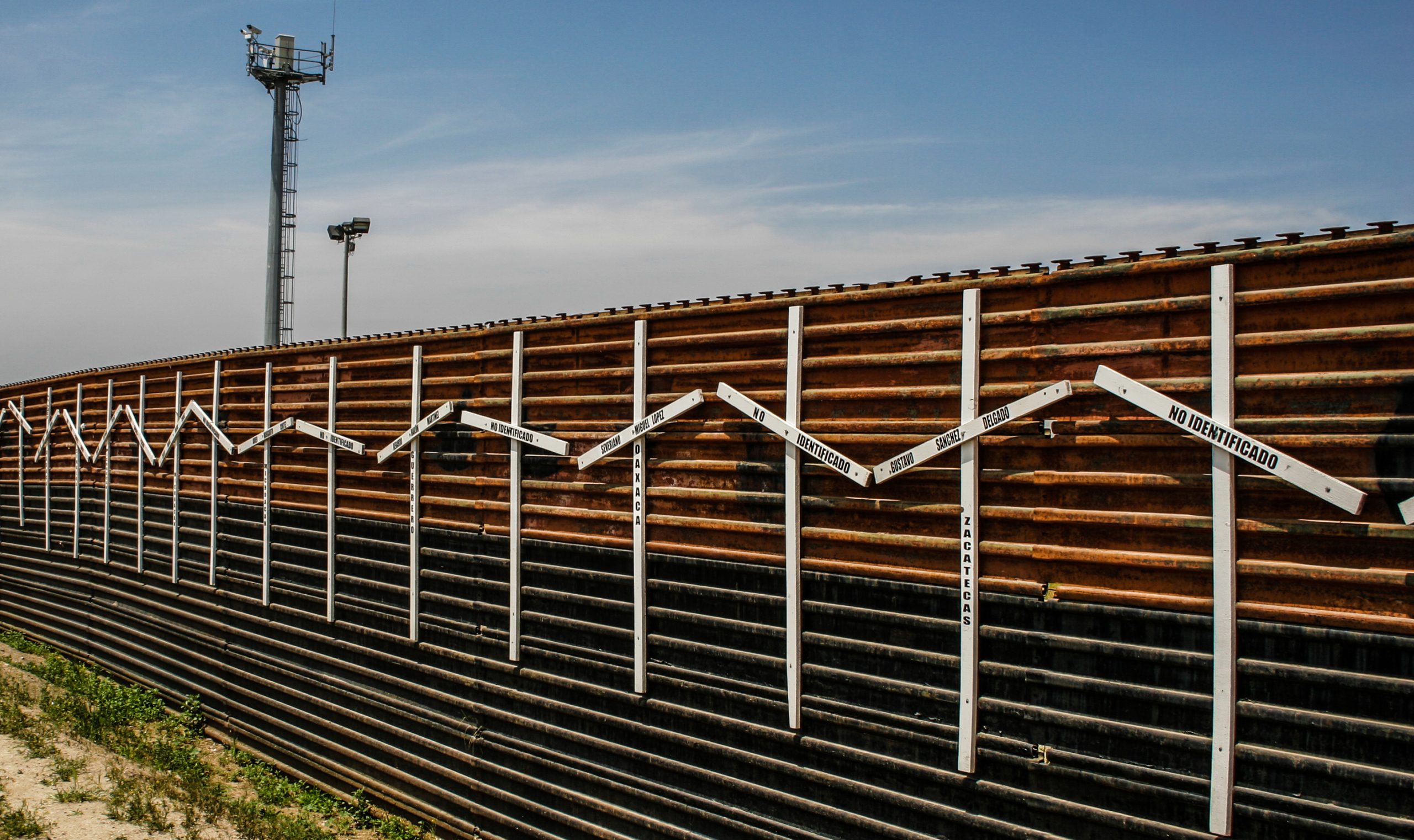 A section of the wall at the border between Tijuana, Mexico, and San Diego, California. The crosses represent immigrants who died while attempting to cross the border. (Tomas Castelazo via Wikimedia Commons)
Share

An already thin February argument calendar will likely become even lighter before the session begins on Feb. 22. Acting Solicitor General Elizabeth Prelogar asked the Supreme Court on Monday to remove two cases scheduled for argument during the February session from the argument calendar, citing changes in policy that President Joe Biden announced on his first day in office.

Biden v. Sierra Club, the dispute over funding for former President Donald Trump’s border wall, is currently scheduled for oral argument on Feb. 22. In a six-page filing, Prelogar notified the justices that Biden issued a proclamation on Jan. 20 barring the use of additional taxpayer funds to build the wall and directing the secretaries of defense and homeland security to stop construction.

The justices are currently scheduled to hear oral argument on March 1 in Pekoske v. Innovation Law Lab, a challenge to the Trump administration’s “remain in Mexico” policy, which allowed the Department of Homeland Security to require non-Mexican immigrants seeking asylum at the southern border to stay in Mexico while they awaited U.S. hearings. Prelogar told the justices on Monday that Acting Secretary of Homeland Security David Pekoske issued a Jan. 20 memorandum ending the enrollment of new immigrants in the “remain in Mexico” program.

Biden’s policy reversals may now render both cases moot. In light of the developments in both cases, Prelogar asked the justices to put the briefing schedules on hold in addition to suspending the oral arguments. In both cases, the groups challenging the policies consented to her requests.

There is no specific timeline for the justices to act on Prelogar’s requests, but they are likely to act quickly because the government’s reply brief in the Sierra Club case is due on Feb. 11, followed by the reply in Innovation Law Lab on Feb. 16.