Roberts will not preside over impeachment trial 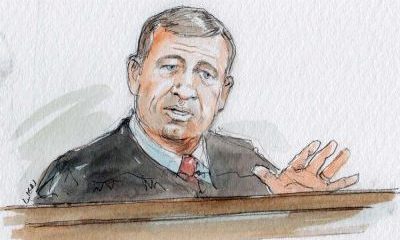 When the Senate’s impeachment trial of former President Donald Trump begins next month, one familiar face from Trump’s first impeachment won’t be there: Chief Justice John Roberts. Instead, Sen. Patrick Leahy (D-Vt.), who serves as the president pro tempore of the Senate, will preside over the trial.

As Frank Bowman explained in an article for SCOTUSblog before Trump’s first impeachment trial last year, the Constitution requires the chief justice to preside over an impeachment trial for the president. But Trump, who was impeached on Jan. 13 for his role in inciting the Jan. 6 riot at the U.S. Capitol that left five people dead, including a Capitol police officer, is no longer the president.

In a statement released on Monday, Leahy wrote that the president pro tempore “has historically presided over Senate impeachment trials of non-presidents.” Leahy pledged to adhere to his “constitutional and sworn obligations to administer the trial with fairness.”

The Supreme Court had no comment regarding Roberts’ absence from the second impeachment trial.