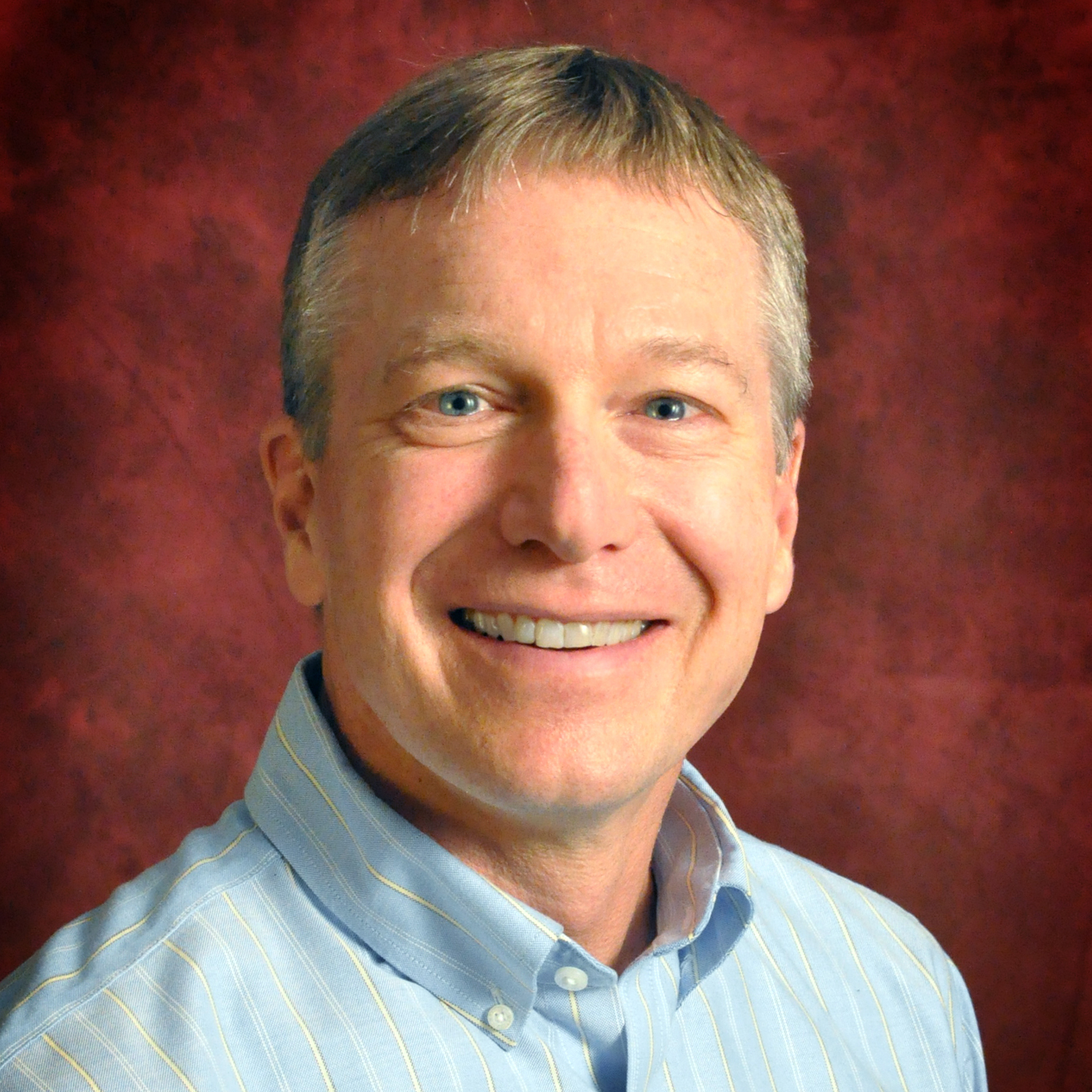 The Supreme Court decided Texas v. New Mexico on Monday, ruling in New Mexico’s favor in an interstate water dispute over the Pecos River. Texas filed the case directly in the Supreme Court, invoking the court’s original jurisdiction in cases where one state sues another … just as it did on Dec. 8 when it sued four “swing” states over how they conducted the presidential election. Although both cases ended badly for Texas within days of each other, the Supreme Court – which has decided many interstate water cases – at least reached the merits of the Pecos litigation.

In a 7-1 decision (with Justice Amy Coney Barrett not participating because she joined the court after the case was argued), the court upheld a determination of the Pecos River Master, who was appointed by the court itself to oversee implementation of its decree issued in 1988 after previous rounds in this long-running litigation. This is the first case in which the court has reviewed a decision of an appointed river master; there are only two such officials in the nation, and the court has declined to appoint new ones. Because the arrangements are nearly unique to the Pecos, the court’s latest decision is unlikely to establish important precedent for other interstate water disputes – but it does uphold the river master’s determination that Texas should bear most of the losses after nearly 7 billion gallons evaporated from a reservoir in New Mexico, where water was held for several months at Texas’ request.

In a remarkably crisp and concise opinion written by Justice Brett Kavanaugh, the court upheld the river master’s determination about how the two states should bear the evaporation losses that occurred while water from the Pecos was stored in Brantley Reservoir in New Mexico, after a tropical storm dumped heavy rain into the river basin in September 2014. Normally, the water would have been released to flow downstream to Texas, but Texas requested that the water be temporarily stored in the reservoir. When some of the water evaporated, Texas said that is should not be responsible for the lost water. The river master disagreed and concluded that Texas should bear most of the evaporation losses because it had requested the storage. (For a more detailed summary of the facts and the states’ competing arguments, see my case preview.)

In upholding the river master’s decision as “legally accurate and entirely fair,” the majority relied largely on an email exchange between Texas and New Mexico officials that began in November 2014. The Texas official wrote his New Mexico counterpart with a “request that New Mexico store Texas’ portion of the flows until such time as they can be utilized” in a reservoir downstream in Texas. The New Mexico official later responded by agreeing to the request, noting that the water “belongs to Texas” and otherwise would have been released from Brantley, and that evaporation losses “should thus be borne by Texas.”

Based on this exchange, the court agreed with the river master that the water had been stored in Brantley at Texas’ request. Thus, the water was subject to Section C.5 of the River Master’s Manual, the relevant portion of which the court quoted twice: “If a quantity of the Texas allocation is stored in facilities constructed in New Mexico at the request of Texas, then … this quantity will be reduced by the amount of reservoir losses attributable to its storage, and, when released for delivery to Texas, the quantity released less channel losses is to be delivered by New Mexico at the New Mexico-Texas state line” (emphasis added by the court). In the court’s view, the plain meaning of this provision “easily resolves this case.” The text of the manual, along with the states’ correspondence, “establish that New Mexico is entitled to delivery credit for the water that evaporated while New Mexico was storing the water at Texas’ request,” Kavanaugh wrote for the court.

The court needed barely a page to reject three of Texas’ arguments against the application of Section C.5. Perhaps most interestingly, Texas argued that the water retained in Brantley had not been “stored” within the meaning of Section C.5 because it was not actually being held there for beneficial (i.e., consumptive) use. A water lawyer might see that as a meaningful distinction, but the court did not, noting that Section C.5 “does not purport to define ‘stored’ in any way other than its ordinary meaning of holding water for Texas.” The court also noted that the relevant state officials had used the term in correspondence: “Indeed, Texas’s initial request to New Mexico came in an e-mail with the hard-to-misunderstand subject line ‘Texas request for storage.’”

The court had no more trouble with Texas’ claim that the river master’s decision was untimely because he did not resolve the accounting issue until years after filing his initial report for 2014, when the water was initially stored in Brantley. Although Texas had an argument based on the terms of the 1988 decree that govern implementation of the Pecos River Compact, the court rejected it largely because the river master had noted the “pending issue” of accounting for the evaporation losses, and both states had agreed to leave it open as they worked to resolve it. “Texas cannot now run away from the procedure that it agreed to,” the court said.

The court summed up its determination on the merits by stating, “The water was stored in New Mexico at the request of Texas. Some of the water then evaporated before it was released to Texas. Under those circumstances, as the River Master correctly concluded, New Mexico is entitled to delivery credit for the evaporated water.”

At oral argument, Justice Samuel Alito was seemingly the only member of the court who saw much merit in Texas’ position. (His former clerk, Texas Solicitor General Kyle Hawkins, argued the case.) He alone did not join the majority opinion, filing a partial and somewhat peevish dissent.

Alito agreed with the majority that the river master’s decision was timely but scolded him and the states for their “violations” of the reporting timelines and procedures, and Alito admonished them all to “take better care to abide by the terms of the [1988] decree.” On the merits, he would have vacated and remanded the decision to the river master “to redo his analysis in accordance with the relevant terms of the amended decree and manual.” Alito thought the majority had wrongly ignored the role of the U.S. Bureau of Reclamation, which had made the decision to hold the water in Brantley and eventually to release it. In his view, because the bureau had said that the water was held there for flood-control purposes, and because Texas had no valid contract to use water stored in Brantley, “it appears that it would have been unlawful for [the bureau] to store the water simply because Texas requested that they do so.” He thought these factors raised questions about the legal meaning of the states’ email exchange, and he would have ordered the river master to sort out these issues of intent and authority under the terms of the compact, the 1988 decree, and the River Master’s Manual.

The dissent seems at odds with a key Texas argument, however, and perhaps with Texas’ long-term interests on the Pecos. Texas maintained that the river master has no expertise or authority to resolve legal issues – but under Alito’s remand, the river master would have had to address challenging legal issues involving federal water projects and water supply contracts. And Texas might be uneasy with the dissent’s suggestion that the bureau — for whom water supply has always been the primary mission — could not legally hold water in Brantley for even a short time solely on Texas’ request. Texas made such a request in 2014 because it hoped that keeping the water temporarily in Brantley could benefit its irrigators, and should it do so again Texas would want the bureau to have some discretion in holding and releasing water from high-flow events.

As noted above, the unique posture of this round in Texas v. New Mexico – the first-ever review of a river master decision – makes the case unlikely to serve as important precedent for other interstate water disputes where there is no such river master. In other words, this decision should have little or no relevance for the role of the more familiar “special master” in interstate water cases, or for the court’s approach to reviewing special master reports and recommendations.

Had the court declined to adopt the river master’s reasoning and based its decision on some provision of the compact or the 1988 decree, the opinion might have produced some potentially useful tea leaves for other water disputes. Although at oral argument some justices seemed open to this approach, inquiring about specific compact provisions, the court in a footnote declined to address these provisions. Instead, the decision rested comfortably on the River Master’s Manual.

Interstate water lawyers looking for clues about the court’s general approach to these cases might find one tidbit. The court’s 1988 decree specified that Pecos River Master decisions “shall be subject to review by this Court only on a showing that the Final Determination is clearly erroneous.” Some justices seemed to question that standard at oral argument, and the latest decision concludes with a footnote stating, “The Court has previously stated that the River Master’s determinations are reviewed only for clear error. … Here, New Mexico prevails even under de novo review, so the standard of review does not affect our judgment in this case.” Kavanaugh chose his words with great precision in this opinion, so there is meaning in describing the “clearly erroneous” standard as one the court has “previously stated.” Thus, the court suggested a potential willingness to depart from an established decree term – albeit one that does not directly address the rights or obligations of the parties. For interstate water lawyers, this might represent a tiny precedential crumb, roughly the size of those left behind in Whoville by the Grinch.