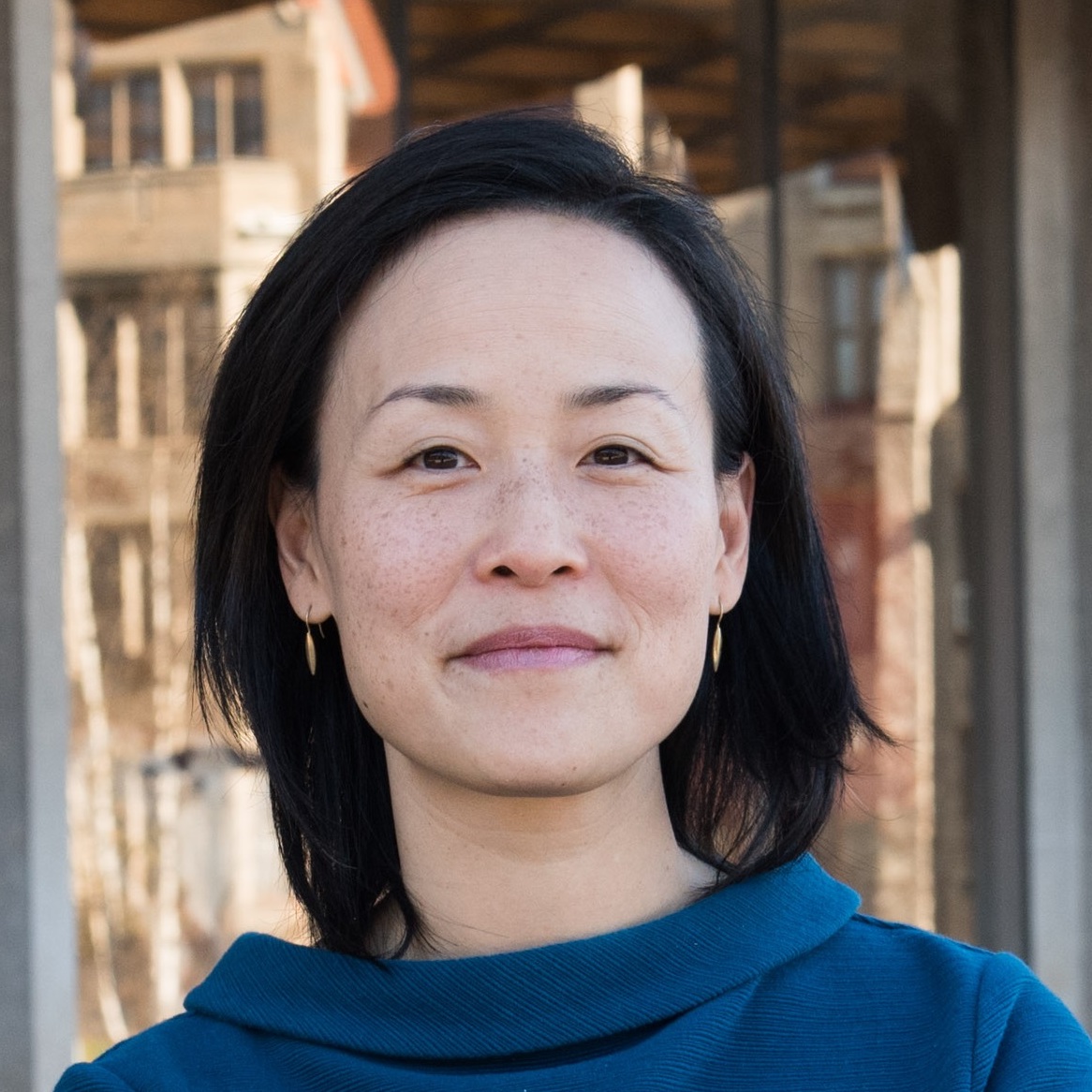 This article is part of a symposium previewing Trump v. New York.

Jennifer Nou is a professor of law at the University of Chicago Law School.

The census saga continues. This time, however, the Trump administration is more truthful about its motivations. It wants to count immigrants who are in the country without authorization, not — it turns out — to enforce the Voting Rights Act, but rather to influence the reapportionment of legislative seats. Specifically, the government has issued a presidential memorandum to exclude these immigrants from the apportionment base, the state population counts used for reallocation. The case now before the Supreme Court raises important jurisdictional, statutory and constitutional arguments against the memorandum. By focusing only on the statutory claims, I will argue for an interpretation that subjects census-related policy decisions to more robust administrative process. Doing so, I hope, will help mitigate the extent to which the census is a means of political entrenchment.

The Census Act provides that the commerce secretary “shall … take a decennial census of population” in “such form and content as he may determine.” The act then requires the secretary to report to the president, for reapportionment purposes, a “tabulation of total population by States” based on the decennial census. The Reapportionment Act, in turn, specifies that the president “shall transmit” to Congress a “statement showing the whole number of persons in each State … as ascertained under the … decennial census of the population” using the “method of equal proportions.” Note that the relevant statutes explicitly delegate certain tasks to the commerce secretary, as opposed to the president. These tasks include taking the census, tabulating population counts by state, and then, of course, preparing the required report.

Under this scheme, the president’s interpretive authority over responsibilities explicitly delegated to the secretary is arguably supervisory, not directive. That is, the secretary is empowered to make his own legal determinations in which the president’s views are important to consider, but not necessarily determinative. Congress intended this understanding, it could be argued, as evidenced in its choice of statutory delegate: here, the secretary, not the president. Unsurprisingly, the government disagrees, arguing that presidential authority here is directive, that President Donald Trump makes the “ultimate” policy judgments — even before the secretary has concluded his statutory duties, as is the case here. The government contends that the president’s authority is directive after he receives the report, so there is no reason it should not be beforehand as well.

One basis for skepticism on this front, however, is that the president’s discretion is likely extremely limited after he receives the report from the Commerce Department. This is because the Reapportionment Act provides the president with only 10 days to determine the “whole number of persons in each State” under the decennial census. Such a short time period suggests that Congress intended that any presidential changes at this point would be more akin to corrections, rather than the kind of fundamental policy changes President Trump seeks here.

The government also grounds its view in Franklin v. Massachusetts, which implicated the same statutes, but in a dispute over how to apportion military personnel stationed overseas. Franklin referred to both the president’s “supervisory” and “direct[ory]” authority without acknowledging their difference or import. One reason may have been the view that the distinction is merely academic: Politically-appointed agency heads removable at will are likely to fall in line with the president in practice. Another explanation may be due to the opinion’s hasty drafting and inadequate briefing. Moreover, in Franklin, as in this case, there was no indication that the commerce secretary and the president were in disagreement. If they were, then the difference between supervisory and directive authority would matter even more at the margins.

Considering the distinction is nevertheless still important when, as here, the secretary has yet to complete the tabulations and issue his report to the president. In this period, experts within the Census Bureau often push back against White House direction. The agency has also historically engaged in a robust administrative process during which intra-executive branch deliberations may be more contested. Indeed, in 2018, the Census Bureau determined that apportionment should occur by reference to an individual’s ‘‘usual residence.’’ It promulgated this view through notice-and-comment rulemaking (the “Residence Rule”), during which the agency considered almost 78,000 comments. One of those comments “expressed concern” about “including undocumented people in the population counts” because they could not vote. Nevertheless, the agency declared that “[f]oreign citizens” would be counted and apportioned according to where they were living and sleeping most of the time. The agency confirmed in subsequent guidance that “undocumented residents” would be included.

It is natural to wonder why the Census Bureau engaged in such rulemaking despite Franklin’s holding that the agency’s apportionment-related actions were not subject to the Administrative Procedure Act. The APA, after all, is the statute that requires public notice and comment as well as non-arbitrary decision-making. One possibility could be a suggestion made by Justice John Paul Stevens’ Franklin concurrence that the secretary’s eventual census report to the president could be subject to the APA as long as litigants “join[ed] their apportionment challenges to other census-related claims” — for example, with respect to any federal and state funding decisions implicated by the census report. So the agency, in other words, may still have felt bound by the APA, especially if it never contemplated producing two separate sets of census figures for funding and apportionment purposes, as it likely did not.

In the case at hand, the challengers’ position before the court appears to be that Trump’s memorandum alters the decennial census itself — that is, the census numbers that would impact funding decisions as well as apportionment. The administration disagrees about the extent to which this is true; hopefully oral arguments will clarify. The point for now is that if Trump’s directive would indeed impact funding decisions under separate statutes, there is a good argument that the resulting census report should be subject to the APA. It will be “final,” at least with respect to those funding decisions. And it will be issued by an agency head, not the president himself (whom Franklin and subsequent cases have deemed not an “agency” under the APA).

If that is right, one intriguing implication may be that the Residence Rule is appropriately characterized as a legislative rule. Changing it to say that people who lack lawful immigration status are no longer included in total population counts would require another round of notice-and-comment under the APA — as long as those counts would also have non-apportionment-related legal impacts. That policy change, in other words, could not be made by presidential memorandum alone.

So to take a step back: the Census and Reapportionment Acts should be read to delineate distinct roles for the president before and after the commerce secretary has issued his statutory report. Beforehand, the president has only supervisory authority over the secretary’s taking of the census and tabulating population counts by state. On the facts here, that authority should have been exercised in the context of the Census Bureau’s rulemaking process and taking of the census. Given that the Residence Rule has yet to be repealed, the policy of counting all residents for the purpose of apportionment is still binding. Any report from the commerce secretary that departs from that policy now may be subject to the APA as long as non-apportionment-related legal impacts result.

After the secretary has issued the statutory report, the dynamics and optics change. In Franklin’s words, the president can “reform” the census, but must do so within 10 days. Any direction he gives the secretary at that point must necessarily be limited in scope, both as a matter of statutory interpretation as well as practicality. The recent news that the Census Bureau may have to delay its report beyond the Trump administration further highlights the separate roles of the commerce secretary and president under the relevant statutes. (The prospect may also bear on the question of this case’s ripeness). For all these reasons, the memorandum’s broad invocation of presidential discretion under the Reapportionment Act is misplaced.

In the final analysis, there is much to be gained from subjecting the census to administrative processes that can check the inevitable temptation of presidents to aid their own political parties through reapportionment. Taming these impulses was the point of the Census and Reapportionment Acts. Such processes can occur during internal executive branch deliberations involving agency officials, including those from the expert Census Bureau, subject only to supervisory presidential authority. They can also transpire through more familiar notice-and-comment rulemaking subject to arbitrariness review. Administrative procedure is hardly a panacea. But, in the context of a decennial census with Electoral College implications, it may go a long way toward relegitimizing an electoral contest desperately in need of it.