Symposium: The shadow docket is shaping the future of death penalty litigation 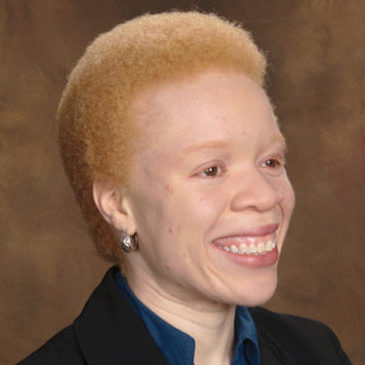 This article is part of a symposium on the Supreme Court’s shadow docket.

Ngozi Ndulue is senior director of research and special projects at the Death Penalty Information Center.

On June 15, 2020, the federal government scheduled the executions of Daniel Lee, Wesley Purkey and Dustin Honken for the week of July 13. Because these would be the first federal executions to take place in 17 years and because litigation was pending in a number of courts at the time of the announcement, it was clear that the Supreme Court would be asked to intervene in the days preceding the executions. Yet, the court’s series of late-night unsigned decisions were exceptional and will continue to reverberate in death-penalty and non-death-penalty cases for years to come.

In the leadup to the July executions, the court denied several requests for stays of execution and dissolved a stay entered by the U.S. Court of Appeals for the 7th Circuit. The cases raised important issues about remedies for ineffective assistance of counsel and how the COVID-19 pandemic affects victims’ rights and religious rights at an execution. However, the impact of the Supreme Court’s growing shadow docket was most apparent in the court’s decisions on a series of preliminary injunctions.

The week of the executions, three preliminary injunctions were issued by the U.S. District Court for the District of Columbia and upheld by the U.S. Court of Appeals for the District of Columbia Circuit. The Supreme Court granted the Department of Justice’s requests to vacate those injunctions, with 5-4 votes noted in two of the decisions. Although contentious rulings on the eve of executions are not rare, the court’s decisions on the injunctions highlight how fractured the court remains on capital punishment and the court’s willingness to grant the federal government extraordinary relief.

In the first of the 5-4 decisions, Barr v. Lee, the court issued a three-page per curiam opinion vacating an injunction based on an Eighth Amendment challenge. The prisoners argued that the use of pentobarbital in their executions would cause them excruciating pain as they suffocated from rapid fluid buildup in their lungs. The Lee majority held that the prisoners had not established a likelihood of success on the merits of the claim. The majority did not address the government’s burden in seeking to vacate a preliminary injunction; instead the court focused on the high bar for prisoners to establish a likelihood of success on the merits and “to justify last-minute intervention.” In this way, the court’s opinion read more like a decision on a prisoner’s request for a stay than justification for the reversal of an already established injunction. In a dissent joined by two other justices, Justice Sonia Sotomayor highlighted this issue, noting that vacatur or stay of a preliminary injunction is an extraordinary remedy. Justice Stephen Breyer wrote a separate dissent, joined by Justice Ruth Bader Ginsburg, to raise broader concerns about the constitutionality of the death penalty.

After Lee, the Supreme Court vacated two more injunctions issued by the D.C. federal district court. Those injunctions were based on the district court’s findings that Purkey likely was not mentally competent to be executed and that the federal execution protocol likely failed to comply with the Food, Drug, and Cosmetic Act. The injunctions were vacated in unsigned orders with no explanation of the court’s reasoning. Breyer, Ginsburg, Sotomayor and Justice Elena Kagan noted their dissent from the court’s decision on Purkey’s competency claim, and Breyer and Sotomayor wrote dissenting statements.

These shadow-docket decisions can be read as signaling a lack of patience with last-minute litigation in death penalty cases regardless of the reasons for the timing. Given the sharp disagreement between members of the court on the significant legal issues involved, one could argue that the government’s extraordinary burden in requests to vacate injunctions should have taken center stage. But consistent with its decisions on other recent government attempts to vacate injunctions, the court gave little attention to this aspect of the cases before it.

The majority’s three-page opinion in Lee has already had effects broader than its limited holding. In August, the D.C. district court decided that no matter how painful pentobarbital makes executions, federal death row prisoners could not bring a viable constitutional challenge to the use of the drug, and the court granted the government’s motion to dismiss the prisoners’ claim. This would have been notable on its own, given the district court’s acceptance of the prisoners’ factual claims about the excruciating pain experienced by those being executed. The district court’s ruling was even more striking because it was based on its interpretation of the Supreme Court’s middle-of-the-night per curiam decision in Lee. The district court interpreted Lee as dooming all challenges of the use of pentobarbital in executions, writing that “Lee suggests that no amount of new evidence will suffice to prove that the pain pentobarbital causes reaches unconstitutional levels.” The D.C. Circuit upheld the district court’s denial of the claim but did not endorse this broad reading of Lee.

Did the Supreme Court’s majority in Lee intend to preclude all challenges to execution protocols using pentobarbital? Maybe. The court’s decision last year in Bucklew v. Precythe showed the majority’s skepticism of Eighth Amendment challenges to methods of execution. However, the Lee court noted conflicting evidence in the record as one of the reasons vacatur was appropriate, leaving the door open for challenges based on a stronger factual record. The D.C. district court responded less to the literal language of the decision than to the tone of the Supreme Court’s string of vacaturs of injunctions, seeing the prisoners’ claim as futile given the signals sent by the justices.

The Supreme Court’s rulings on federal executions show the power and the danger of its shadow docket. The injunctions issued the week of the executions involved important issues of constitutional law, statutory interpretation and administrative law. The Supreme Court overruled the considered decisions of the lower courts without full briefing, in the middle of the night and with little guidance to lower courts for future cases. One could take away from this spate of decisions that the current court is unsympathetic to “last-minute litigation,” or one can interpret the decisions – just as the D.C. district court did — as sending signals about the Supreme Court’s general outlook on the merits of capital claims.

Posted in Symposium on the Supreme Court's "shadow docket"