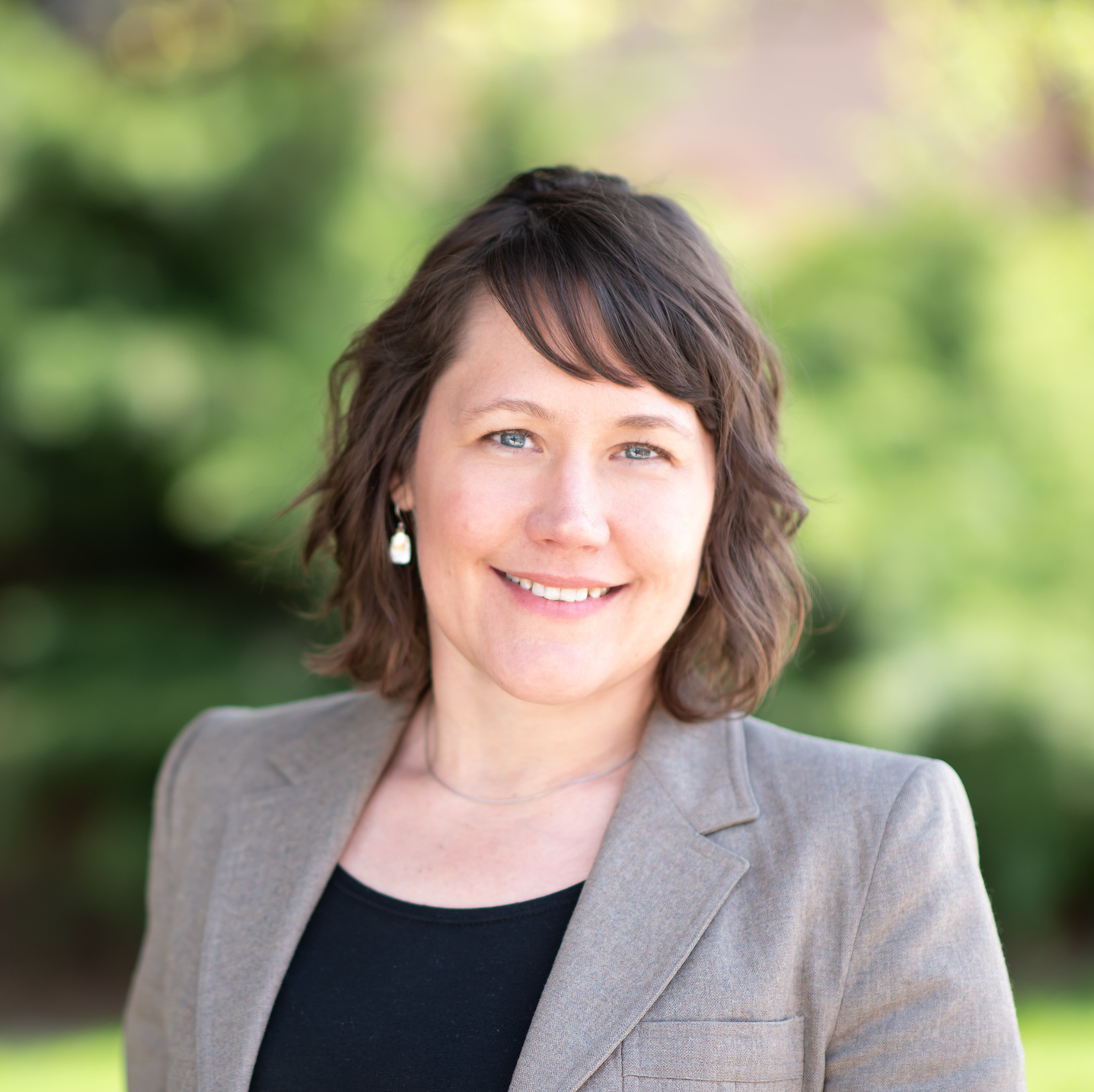 The Supreme Court will hear oral argument Wednesday in Pereida v. Barr, the next in a growing line of cases to address whether an immigrant who has lived in the United States for many years can be subject to mandatory deportation for a minor crime. Here, Clemente Pereida’s state misdemeanor conviction prevented him from even asking an immigration judge to consider the hardship that his deportation would have on his child, who is a U.S. citizen.

The case could break new ground by resolving what happens when a federal deportation proceeding is based on a state criminal conviction but the underlying criminal record makes it unclear whether the criminal offense disqualifies the immigrant from certain humanitarian relief under federal immigration law – including the ability to remain in the country with his U.S. citizen children.

Pereida entered the United States without authorization nearly 25 years ago. He and his wife have three children, one of whom is a U.S. citizen and another of whom is a recipient of the Deferred Action for Childhood Arrivals program, known as DACA. In order to obtain employment at a cleaning company, Pereida allegedly presented a false Social Security card. He was subsequently convicted of a misdemeanor for attempting to commit the Nebraska crime labeled “criminal impersonation.” Pereida was sentenced to a fine of $100 and no jail time.

The statute Pereida was convicted of attempting to violate covers four separate offenses, ranging from identity theft to carrying on a business or occupation without a license or other authorization required by law. Some of the offenses require intent to deceive others; some do not. Pereida’s criminal records, however, do not indicate which of the four offenses he attempted to commit. This is where the immigration laws on criminal history and burdens of proof intersect with the Supreme Court’s decisions on how to assess the impact of state criminal convictions. To understand the significance of Pereida’s case for thousands of people who have been living in the United States for decades, some background is in order.

The hallmark of the categorical approach, as the court has repeatedly stated, is to compare the definition of the criminal offense triggering consequences under federal immigration law with the minimum conduct necessary for conviction under state law. The court has further reiterated that determining the minimum conduct required for conviction entails looking at the elements of an offense that must be proven beyond a reasonable doubt, not at the underlying facts of the crime.

Some state statutes sweep broadly, like the Georgia law at issue in Moncrieffe v. Holder, which covers social sharing of a small amount of marijuana as well as selling larger amounts for money in a single offense [Disclosure: Goldstein & Russell, P.C., whose attorneys contribute to SCOTUSblog in various capacities, was among counsel to the petitioner in Moncrieffe. The author of this article is not affiliated with the firm]. In that case, because the minimum conduct of social sharing did not match the federal definition of an aggravated felony, the court rejected mandatory deportation for a conviction of the Georgia crime. Other state statutes, like Nebraska’s criminal impersonation law, include several distinct offenses, each with a different set of elements, in a single provision. Those versions of criminal impersonation that require intent to deceive are considered crimes involving moral turpitude under federal law and trigger immigration consequences. The other versions do not. In this scenario, the immigration official seeks to identify which version of the state offense the person was convicted of, using the record of conviction from the criminal court, and then compare the elements of that offense with the federal law. If courts know with certainty that the crime of conviction matches the federal definition of the offense, immigrations consequences follow. If the conviction encompasses conduct not covered by the federal law, the immigrant is not deportable. In this way, the categorical approach functions as a tie-breaker. So far, we are on well-trodden territory. Indeed, the Supreme Court has expressed its weariness at repeating these long-standing principles.

Pereida’s problem is that his criminal record is unclear whether he was convicted of a version of the Nebraska “criminal impersonation” crime that would qualify as a crime involving moral turpitude. What’s more — and the reason the court is hearing his case — is that the significance of this lack of clarity is also unclear.

Pereida’s lack of legal immigration status meant he was put into removal proceedings. But, because of his long history in the United States and his relationship to his U.S. citizen child, he applied for a benefit called cancellation of removal. This relief from deportation can be granted by an immigration judge in her discretion based on a number of factors, including the hardship deportation would impose on family members who are U.S. citizens or lawful permanent residents. Immigrants who have been convicted of crimes involving moral turpitude, or other specified offenses, however, are disqualified from cancellation of removal under section 240A(b)(1)(C) of the Immigration and Nationality Act. Additionally, section 240(c)(4) provides that an immigrant applying for protection from removal has the burden of proving that he “satisfies the applicable eligibility requirements; and … that [he] merits a favorable exercise of discretion.”

The Board of Immigration Appeals and the U.S. Court of Appeals for the 8th Circuit agreed that because Pereida could not prove that he was not convicted of a crime involving moral turpitude, he did not meet the burden of establishing his eligibility for cancellation of removal and therefore could not present evidence of hardship to his family and other equities. The government argues this outcome is correct because it characterizes the determination of which version of an offense an immigrant was convicted of as a question of fact – and the immigrant has the burden of proving such questions of fact.

Pereida counters that this result turns the categorical approach on its head by attaching immigration consequences even when a conviction might not be for a disqualifying offense. In doing so, he argues, the court of appeals and the BIA negated the statutory text as well as the administrability, predictability, uniformity and fairness the categorical approach promotes. National immigrant rights groups, law scholars, former immigration judges and BIA members, as well as national associations of criminal defense attorneys weighed in on this count, describing the difficulties that detained, unrepresented immigrants confront in proving that they were not convicted of a qualifying crime based on criminal records that often do not exist or do not provide clear answers for cases involving minor crimes. Pereida contends further that the government’s argument would shield the BIA’s determination that a conviction was disqualifying or removable from judicial review altogether.

In the past, the Supreme Court has been consistent in treating state convictions in federal immigration proceedings as legal questions that federal courts can review using parameters rooted in the statutory text. The court has also historically recognized the underlying values of the categorical approach in immigration and criminal proceedings. Additionally, the court’s past decisions have not been particularly close. Each of these factors would seem to bode well for Pereida.

The majorities in these cases often counted on the support of Justices Antonin Scalia, Anthony Kennedy and Ruth Bader Ginsburg. Justice Neil Gorsuch heard a similar case as a circuit judge but was appointed to the Supreme Court before the case was decided, so we do not know which way he would have ruled. If Gorsuch joins Chief Justice John Roberts and Justices Stephen Breyer, Sonia Sotomayor and Elena Kagan in their strict interpretation of the term conviction, Pereida could emerge a winner. With the court’s new composition, however, the outcome is uncertain. In the balance lies the ability of thousands of other immigrants to present their evidence of exceptional hardship for immigration judges to consider.