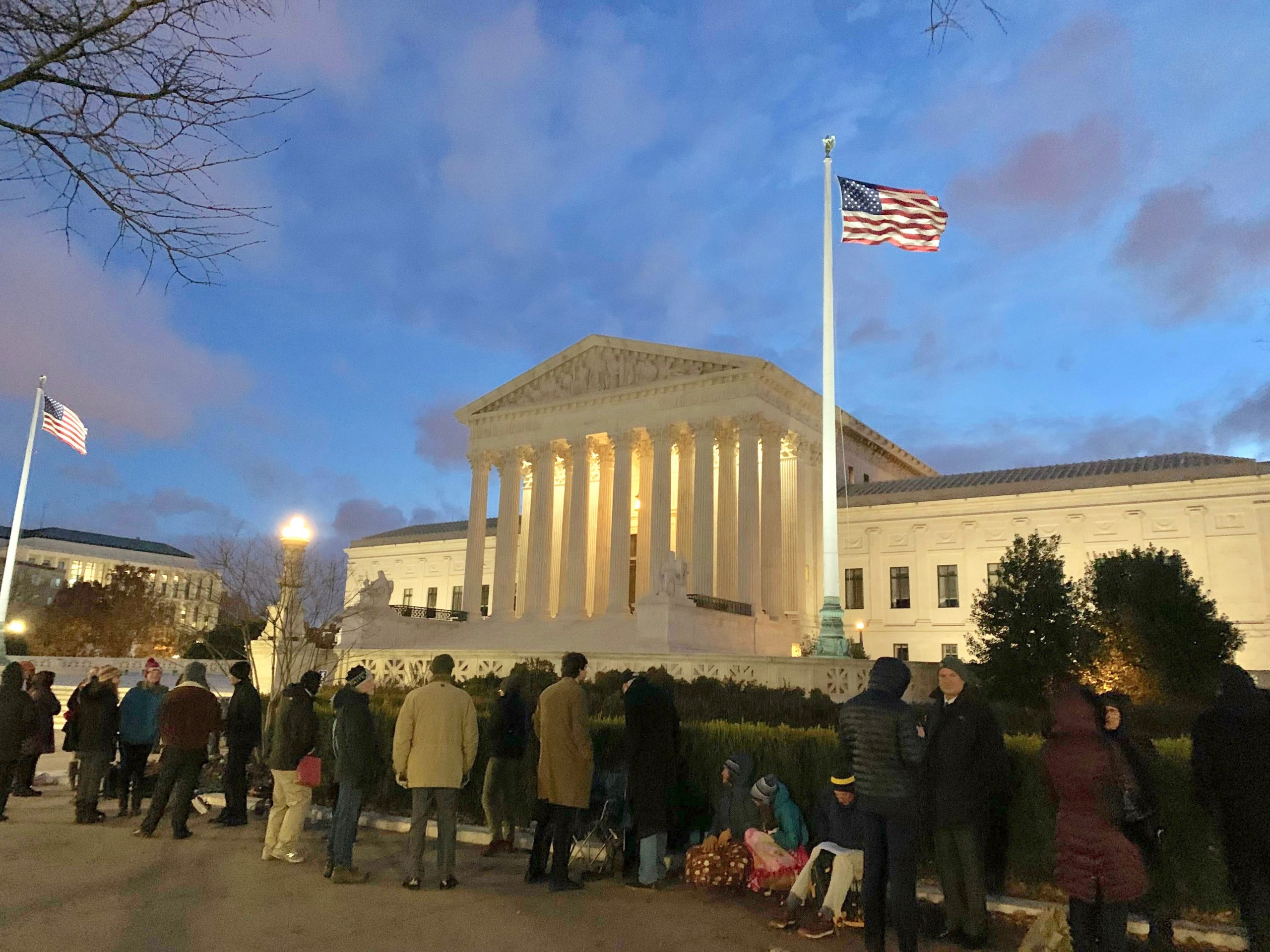 They are the legal version of Willy Wonka’s golden ticket: the cards (in colors that change from day to day) distributed in front of the Supreme Court that give the people holding them access to one of the seats set aside for the public at that morning’s oral arguments. With only 50 seats guaranteed for members of the public, the tickets are hard to come by, generally requiring a predawn arrival at the court. But snagging a public seat at some of the high-profile arguments on the court’s docket this term – for example, the October 8 cases involving whether federal employment discrimination laws protect LGBT employees and the November 12 challenge to the Trump administration’s decision to end the Deferred Action for Childhood Arrivals program, known as DACA – would have meant either spending at least one full day and night on the sidewalk in front of the court or paying a service $40 per hour to have someone else stand in line for you. 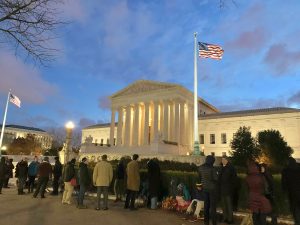 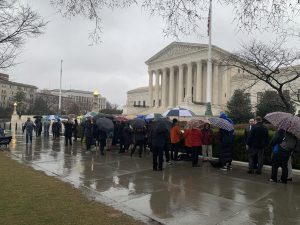 Today SCOTUSblog begins a month-long series that looks at exactly how hard it is for the general public to attend oral argument. Over the course of the now-truncated term, we interviewed people who waited in line – and usually, although not always, got in – about their experiences. (Spoiler alert: It can get cold at night, the closest bathroom is a few blocks away and the line runs largely on the honor system.) But recognizing that the plural of anecdote is not data, we also have data: For each argument session from October through February, we determined the time at which someone would have had to arrive to obtain one of the 50 public tickets handed out shortly before 7:30, as well as the total number of public seats that were made available at that argument. We also tracked other data that showed how the roughly 450 seats in the courtroom are distributed – for example, lawyers who are being admitted to the Supreme Court bar are seated in the section reserved for lawyers, but each newly admitted bar member is allowed to bring a guest, who sits in the public section of the courtroom.

We are also taking a broader look at access to oral arguments in other courts, both in the United States and overseas, where audio and video of oral arguments are routinely live-streamed. The justices have recently turned down requests to make the audio recording of oral arguments in several high-profile cases available on the same day as the arguments; instead, audio is released on the following Friday. Congress is once again considering legislation that would require more transparency in high-court arguments. However, similar efforts in the past have failed to pass, and there is some debate about whether such laws would, in any event, be constitutional. But in light of the intense public interest in the workings of the court, and the very limited number of public seats available under the current system, Maury Johnson – who spent 13 hours waiting in line overnight in February to hear oral argument in a dispute over the construction of a pipeline under the Appalachian Trail – no doubt spoke for many people when he said that “there’s got to be a better way to do this.”