Argument preview: Justices to take on procedural – but important – questions in case of Arizona death-row inmate 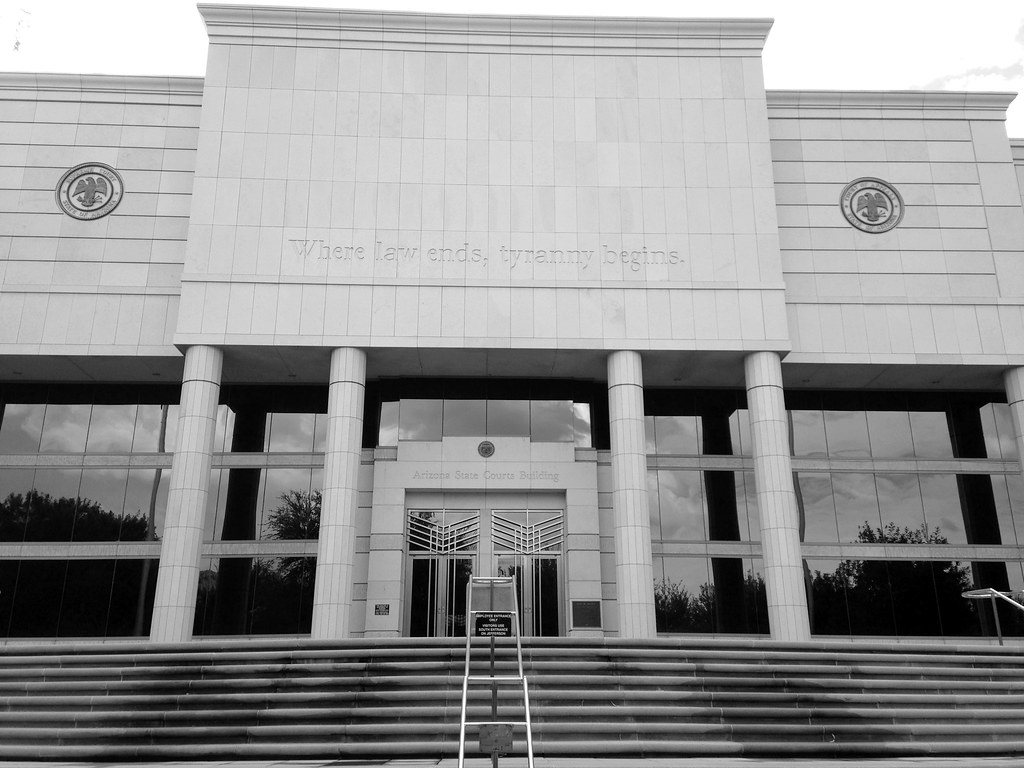 It has been nearly 30 years since James McKinney and his half-brother killed two people while robbing the victims at their homes. A judge in Arizona sentenced McKinney to death, but in 2015 the U.S. Court of Appeals for the 9th Circuit threw out McKinney’s death sentence. On Wednesday, the Supreme Court will hear oral argument in the dispute between McKinney and the state over how his case should proceed.

McKinney was convicted by a jury for the 1991 murders of Christine Mertens and Jim McClain, but he was sentenced to death by a judge. Although McKinney’s lawyers offered evidence that McKinney suffers from post-traumatic stress disorder as a result of the horrific abuse that he experienced as a child, the judge did not take that evidence into account when making his decision, because the law in effect at the time barred him from considering mitigating evidence that was not linked to the cause of the crime.

After the 9th Circuit’s decision, Arizona asked the Arizona Supreme Court to fix the error that the 9th Circuit had identified by reviewing McKinney’s death sentence again. The state supreme court rejected McKinney’s argument that the Supreme Court’s recent cases required a jury, rather than a judge, to resentence him. And it upheld McKinney’s death sentence, concluding that the mitigating circumstances in his case were not “sufficiently substantial” to warrant a lesser sentence. McKinney asked the justices to weigh in on that ruling, which they agreed to do earlier this year.

There are two questions before the justices. The first is whether the Arizona Supreme Court was required to apply current law – rather than the law that was in effect when McKinney’s conviction became final in 1996 – when weighing the mitigating and aggravating evidence to determine whether a death sentence was warranted.

McKinney argues that it was. In its 1987 decision in Griffith v. Kentucky, he contends, the Supreme Court “held that current law applies to all cases pending on direct review or not yet final.” Although direct review had already ended in his case, he argues, the Arizona Supreme Court reopened that direct review by granting an independent reconsideration of his death sentence. Indeed, he observes, that was actually the point of the new proceeding in the Arizona Supreme Court – to reweigh the evidence for and against a death sentence in his case. And under the current law, McKinney continues, he should have been resentenced by a jury, rather than a judge.

The second question before the justices is whether, regardless of whether he is resentenced under the law in effect in 1996 or the law in effect now, McKinney is entitled to a new sentencing in the trial court, rather than the Arizona Supreme Court.

Here too McKinney’s answer is yes. He tells the justices that their decision in Eddings contemplated that a trial court would consider the mitigating evidence, because it – unlike an appeals court – could hear the evidence and see the witnesses in person. In his case, he emphasizes, neither a judge nor a jury has ever considered the evidence of his PTSD in deciding whether to sentence him to death, while the Arizona Supreme Court did so based on a “20-year-old cold record” that did not account for how “the scientific understanding of PTSD has evolved significantly since McKinney’s sentencing more than two decades ago.”

The state counters that although resentencing by a trial court may be an appropriate remedy “in some cases,” there is no bright-line rule requiring that result. Indeed, the state suggests, such a rule could do more harm than good, by “sending a category of long-ago final convictions back for resentencing” even when they could be remedied without going through another full sentencing proceeding. Sending this case back to the trial court would be particularly inappropriate, the state posits, because the trial court did consider evidence regarding McKinney’s “difficult family history” and his PTSD; it simply concluded that the mitigating evidence did not justify a life sentence. Instead, the state writes, the alleged error stems from the Arizona Supreme Court’s supposed failure to consider the mitigating evidence during its own review. “Considering that history,” the state concludes, “this is precisely the type of case in which” it would be better for an appeals court to correct its own error, rather than send the case back to a trial court for resentencing.

A group of states, led by Utah, filed a “friend of the court” brief supporting Arizona. They warn the justices that a ruling for McKinney on the first question – holding that the Arizona Supreme Court’s actions reopened his case on direct review – could have seismic effects. It would “gut” the Supreme Court’s retroactivity jurisprudence, the states argue, because every “conditional habeas grant would force states to relitigate convictions under every new procedural rule decided since the original conviction became final.”

In a “friend of the court” brief supporting McKinney, the Capital Punishment Center at the University of Texas School of Law urges the Supreme Court to bypass the first question by sending the case back for resentencing by the trial court. That issue, they tell the justices, is “clear” and, “in any case, the State cannot plausibly claim that a trial resentencing proceeding is outside of the direct review process.”