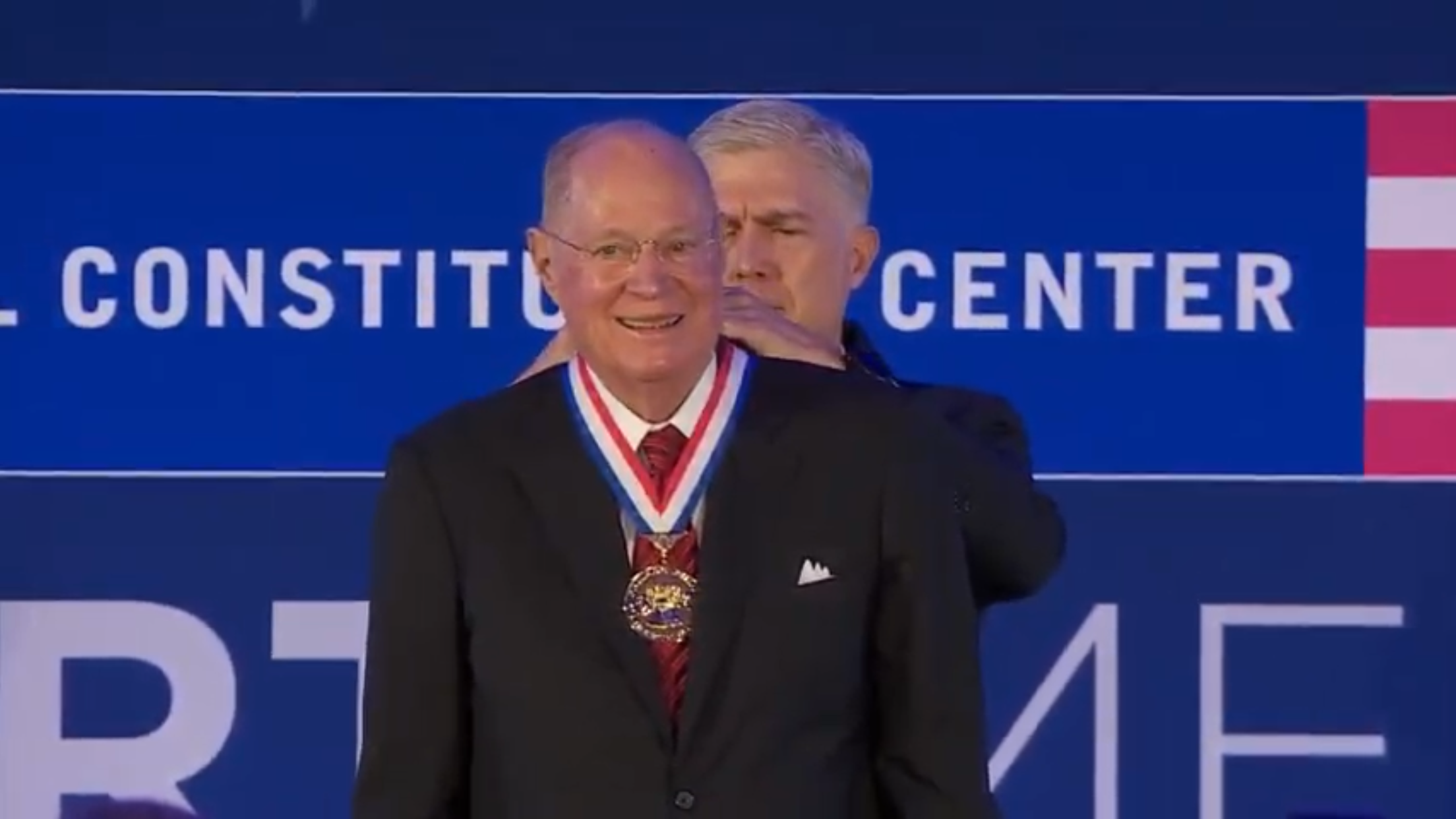 If you let freedom ring, its tone would be civil. This was the resounding theme at events in Philadelphia this weekend featuring retired Justice Anthony Kennedy and Justice Neil Gorsuch, who both asserted that civility and liberty are imperative to the functioning of our democracy.

On Saturday at the Fair and Impartial Judiciary conference, Kennedy emphasized that judicial independence entails a willingness to put aside personal motivations – “to do not what we want but what we must.” One of Kennedy’s grandchildren, he said, asked him what he was doing on Saturday. When he said that he was going to talk about judicial independence, the grandchild questioned if that took the whole day, to which Kennedy’s wife Mary replied, “It’s taken him 43 years!”

On Sunday evening at the National Constitution Center, Gorsuch presented Kennedy with the Liberty Medal. The Liberty Medal, which is accompanied by a $100,000 prize, is given each year by the Center to someone who has worked to secure and promote liberty to people around the world. Kennedy is the third justice to receive the honor since its inception in 1989, joining Justices Thurgood Marshall and Sandra Day O’Connor. 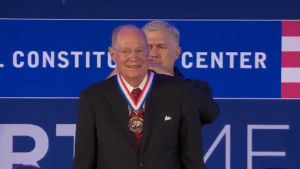 Gorsuch hailed Kennedy as a mentor, colleague and friend. Hired by Justice Byron White to serve as a clerk during the first year of White’s retirement, Gorsuch was soon “adopted” by Kennedy. Gorsuch recalled the welcome that “Tony” and Mary Kennedy gave him in Washington – inviting him to dinner, introducing him to their friends and even helping him find housing. Gorsuch’s appointment marked the first time that a former Supreme Court law clerk had shared the bench with the justice for whom they clerked.

Gorsuch detailed the professional and personal qualities that make Kennedy so deserving of the Liberty Medal. Gorsuch said Kennedy is a gentle man who never raised his voice, who treated every person as he would wish to be treated and who afforded every case the same degree of care. When Gorsuch became a judge on the U.S. Court of Appeals for the 10th Circuit, Kennedy advised him to “appreciate always that to those involved in the case before you, it may be the most important thing in their lives.”

As a justice, Kennedy read every single brief and conferred with his colleagues before making a decision in any case. “Even in the seemingly easiest cases, he would follow the judicial process scrupulously,” Gorsuch said. “Liberty’s future depends not only on the professional contributions of those like Justice Kennedy, it depends on personal virtues like those Tony Kennedy has always sought to honor.”

In his acceptance speech, Kennedy noted that it is easy to praise the Constitution when one is not a member of a purposely excluded group like African Americans or women. “We must realize that as magnificent as our Constitution is – it has some tragic flaws.” Kennedy also remarked on the vagueness of Article II, the rules that the Constitution laid out for the executive branch. “The possible or most likely explanation is that the Framers weren’t sure of what the executive looked like,” Kennedy mused. Pounding his hand on the podium, Kennedy continued, “[B]ut they knew that Washington would be the first president and this was an age of trust and they trusted that man.”

Kennedy returned repeatedly to the importance of civic dialogue. As Gorsuch explained, it is Kennedy’s character to disagree without being disagreeable. In closing, Kennedy emphasized that discussions that are preconditioned on mutual respect will sustain our nation’s civic life.