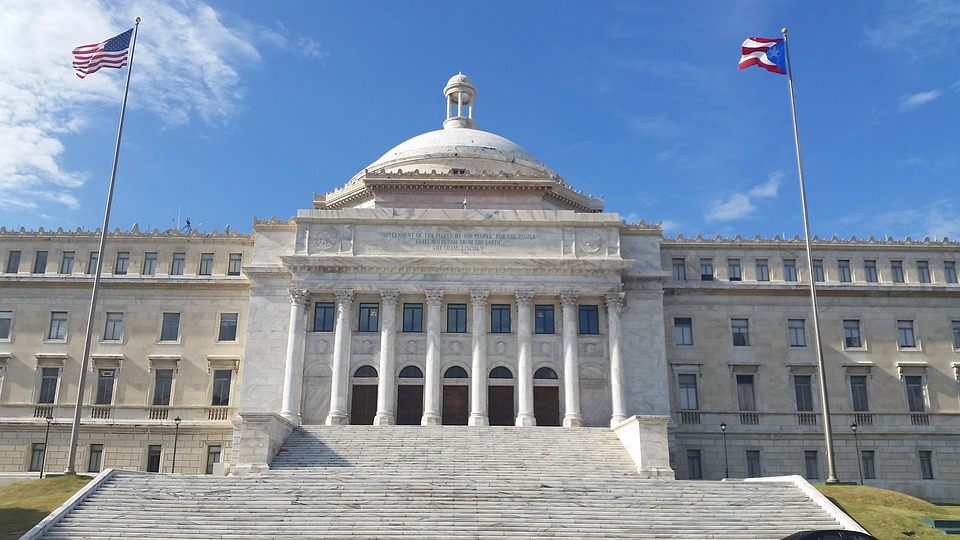 The Constitution’s appointments clause provides that the president nominates, but the Senate must confirm, principal “Officers of the United States,” although Congress can also give the president the power to appoint “inferior Officers.” Next week the Supreme Court will hear oral argument on the scope of both this clause and the ancient remedy known as the “de facto officer” doctrine, which blesses an official’s actions even when his appointment is later discovered to have been invalid. The questions before the court may be a law nerd’s dream, but the justices’ resolution of these issues could have powerful real-world implications.

In 2015, Puerto Rico faced a financial crisis. The island was operating under a crushing debt – over $70 billion – that it was unable to repay. Because the island’s debt was not only massive but also held by a large number of individual investors on the U.S. mainland, in 2016 Congress passed the Puerto Rico Oversight, Management, and Economic Stability Act (PROMESA) to restructure the commonwealth’s debt.

PROMESA created a Financial Oversight and Management Board to make fiscal, legal and governance reforms to bring financial stability back to Puerto Rico, including by restructuring the island’s debt. The board is made up of seven voting members, six of whom are supposed to be chosen from a list compiled by members of Congress; if they are chosen that way, Senate confirmation is not required. The law also gives the president discretion to select the seventh voting member of the board.

In May 2017, the board began proceedings in a federal court in Puerto Rico to restructure the island’s debt. But Aurelius Investment, a hedge fund that had invested in distressed Puerto Rico bonds, and a labor union that represents employees of Puerto Rico’s electric utility challenged the appointment of the board members. The U.S. Court of Appeals for the 1st Circuit agreed, ruling that the board members are “Officers of the United States” who must be nominated by the president and confirmed by the Senate.

But the court of appeals rejected a request by Aurelius and the union to invalidate all the actions that the board had already taken. Instead, relying on the de facto officer doctrine, the court of appeals concluded that those actions should stand. Reversing them, the court of appeals explained, would have “negative consequences for the many, if not thousands, of innocent third parties who have relied on the Board’s actions until now” and would “likely introduce further delay into a historic debt restructuring process that was already turned upside down” by “the ravage of hurricanes.”

The lower court’s ruling spawned five separate petitions for review: three – from the board, the federal government and a committee of unsecured creditors – asking the justices to review the 1st Circuit’s ruling that the appointment of the board members violated the Constitution and two more – from Aurelius and the union – asking the court to weigh in on whether the de facto officer doctrine prevents invalidation of the board’s prior actions. The justices granted all five petitions at the end of June and fast-tracked the cases for oral argument in October.

Further evidence that Congress does not need to comply with the appointments clause, they say, can be found in the territory clause of the Constitution, which gives Congress “full and complete legislative authority over the people of the Territories and all the departments of the territorial governments.” And historically, they add, Congress has not always complied with the appointments clause when selecting officers for U.S. territories.

Here, they argue, there is no doubt that the members of the board are officers of Puerto Rico, rather than officers of the United States: Congress clearly intended the board to be a local entity that acts for Puerto Rico, rather than part of the federal government. And they warn of serious consequences if the 1st Circuit’s ruling is upheld. The board, for example, cautions that the ruling “throws into doubt the legality of” its actions and “threatens the progress that Puerto Rico has made to this point,” while the federal government tells the justices that the ruling “threatens to upend the government of all five major U.S. territories and the District of Columbia.”

Aurelius and the union counter that the appointments clause does indeed apply to members of the board because they are “officers of the United States.” Board members are “appointed, overseen, and removable by the federal government alone,” they contend, and the board members “exercise significant federal authority” that goes beyond the authority exercised by territorial officials – for example, the sole power to enforce PROMESA in federal court and “investigative powers that sweep far beyond Puerto Rico.”

Aurelius and the union reject any suggestion that the territory clause carves out some sort of exception to the appointments clause. And allowing the 1st Circuit’s ruling to stand, they assure the justices, would not pose a threat to other territorial officers because it has long been understood that “purely local, territorial officers who enact and enforce primarily local law” are not “officers of the United States” and “may be elected or appointed in any manner of ways.”

The board and the government (among others) argue in the alternative that, although the board members’ appointments were legitimate, it is in any event well established that the de facto officer doctrine applies when it is later determined that appointments violate the Constitution. They stress that the harm from invalidating the board’s past actions as it attempted to restructure billions of dollars in debt would be significant – as one group of bondholders put it, it could “wreak havoc with the entire economy of Puerto Rico.” Indeed, they note, one proceeding filed by the board has already led to the confirmation of a plan to adjust billions of dollars’ worth of Puerto Rico’s debt by issuing new bonds, which are already on the market.

By contrast, they suggest, the benefit to Aurelius and the union would be minimal, because the proceedings that the board has initiated are no different from any other bankruptcy case in which Aurelius has participated – the board does not, for example, prosecute or adjudicate the case. And the violation, if it existed, was relatively small, because Congress did help to select the members of the board even if they were not confirmed by the Senate.

Aurelius suggests that a ruling that the de facto officer doctrine applies to this case could lead to a variety of undesirable effects. First, it observes, private parties won’t have an incentive (and may not even have a legal right to sue) if a remedy is not available for past violations of the appointments clause. Second, it contends, such a result “would also encourage Congress to usurp executive authority, confident that it will suffer no repercussions.”

Aurelius also urged the justices not to be swayed by dire warnings that chaos will ensue if the de facto officer doctrine does not apply. These claims, it argues, “boil down to an extraordinary assertion that the constitutional violation here is simply too blatant and too big to remedy” – an argument that “turns the Constitution upside down.”

Next week’s argument, which the justices expanded to 80 minutes, will feature four different lawyers debating these questions. Although we won’t know for some time how the court is likely to rule, we can be sure that lawyers, law professors and the bond markets, as well as residents of Puerto Rico, will all be waiting anxiously for the result.