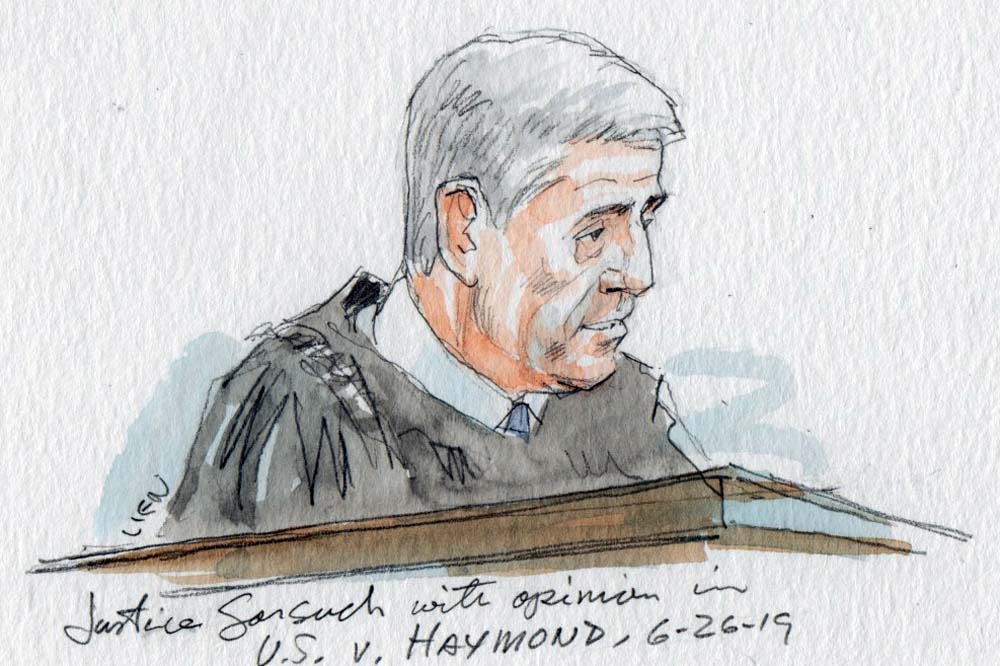 In 2010, Andre Haymond was convicted of possessing child pornography and sentenced to 38 months in prison, followed by 10 years of supervised release. He was also required to register as a sex offender. In 2015, a federal district court sent Haymond back to prison for five more years because he had violated the terms of his supervised release. Haymond argued that the federal law requiring him to return to prison violated his constitutional right to have his sentence determined by a jury, rather than a judge, beyond a reasonable doubt. Today a divided Supreme Court agreed. 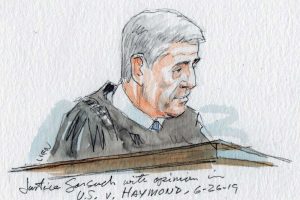 Today’s decision dealt with a provision of the Adam Walsh Child Protection and Safety Act, which Congress passed in 2006 to “protect the public from sex offenders and offenders against children.” Justice Neil Gorsuch wrote an opinion that was joined by Justices Ruth Bader Ginsburg, Sonia Sotomayor and Elena Kagan. Gorsuch emphasized that only “a jury, acting on proof beyond a reasonable doubt, may take a person’s liberty.” But in this case, he observed, “a congressional statute compelled a federal judge to send a man to prison for a minimum of five years without empaneling a jury of his peers or requiring the government to prove his guilt beyond a reasonable doubt” – which, in his view, violated both the Fifth Amendment’s guarantee of due process and the Sixth Amendment’s right to a jury trial.

Gorsuch also took pains to make clear that he was not saying that a jury will be needed whenever prosecutors are seeking to revoke a defendant’s supervised release. His opinion, he stressed, was limited to this specific statute, which he described as “an unusual provision enacted little more than a decade ago.” Gorsuch acknowledged that requiring a jury for supervised-release revocation proceedings will be “inconvenient for the government.” “Yet like much else in our Constitution,” he maintained, “the jury system isn’t designed to promote efficiency but to protect liberty.”

Justice Stephen Breyer agreed with Gorsuch on the result in the case, but not with his reasoning. In most cases, Breyer contended, the revocation of supervised release is generally understood as “part of the penalty for the initial offense.” When supervised release is violated, he continued, the punishment is for the failure to follow the conditions that the court imposed, rather than for the conduct that prompted the court to revoke the defendant’s supervised release. But in Haymond’s case, Breyer emphasized, the revocation of supervised release is more like a punishment for a new offense – for which the defendant would be entitled to a jury. For that reason, Breyer agreed with Gorsuch that the statute in this case is unconstitutional and that Haymond’s case should be sent back to the lower court for it to decide what to do next.

Justice Samuel Alito dissented, in an opinion that was joined by Chief Justice John Roberts and Justices Clarence Thomas and Brett Kavanaugh. Alito was not particularly enthusiastic about Breyer’s opinion, which he described as providing the court’s holding in the case, but he seemed to regard it as preferable to Gorsuch’s opinion, which he characterized as “not based on the original meaning of the Sixth Amendment,” “irreconcilable with precedent” and replete with “rhetoric with potentially revolutionary implications.”