Opinion analysis: Court holds that First Amendment does not apply to private operator of public-access channels 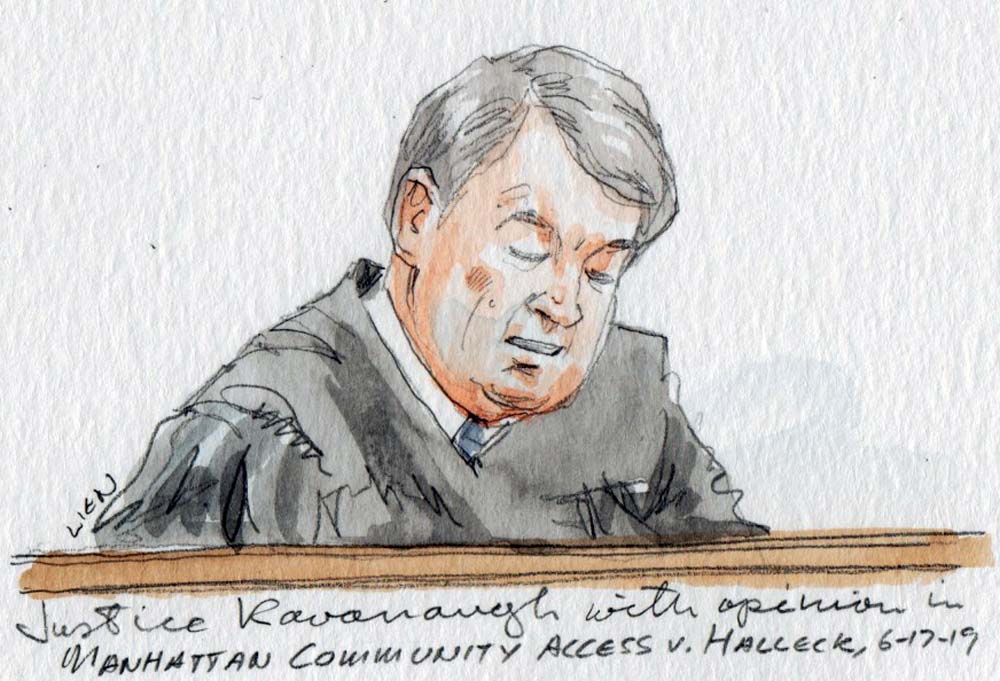 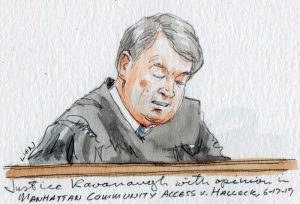 The dispute at the center of today’s ruling occurred in 2012, when Manhattan Community Access Corporation, known as “MNN,” which operates the public-access TV channels in Manhattan, refused to put a video by DeeDee Halleck, an award-winning producer, and Jesus Melendez, a poet and playwright, on the air again after its initial broadcast. Explaining that the video contained threatening language from Melendez, MNN also barred Halleck from submitting content to MNN for a year and banned Melendez for life.

Halleck and Melendez went to court, arguing that MNN’s actions violated the First Amendment. The U.S. Court of Appeals for the 2nd Circuit allowed their lawsuit to go forward, ruling that MNN is a state actor because the local government chose MNN to operate public-access channels on Manhattan’s cable system.

MNN asked the Supreme Court to weigh in, and today the justices – by a vote of 5-4 – reversed. Justice Brett Kavanaugh wrote for the majority, in an opinion that was joined by Chief Justice John Roberts and Justices Clarence Thomas, Samuel Alito and Neil Gorsuch. Kavanaugh began by stressing that a private entity can be a state actor only when it is doing something that only the government has traditionally done. Very few things fall into this category, Kavanaugh noted, and the operation of public-access cable channels is not one of them, because both public and private entities have historically operated the channels.

Halleck and Melendez can’t get around this fact, Kavanaugh emphasized, by turning the court’s attention to the broader question of whether the operation of a public forum – places like streets and parks, where people are able to speak freely, and where the First Amendment protects speech – is a traditional public function. Providing a forum for speech does not, standing alone, make a private entity a state actor: “After all,” Kavanaugh explained, “private property owners and private lessees often open their property for speech. Grocery stores put up community bulletin boards. Comedy clubs host open mic nights.”

Nor is MNN a state actor just because New York City has authorized it to operate the public-access channels on Time Warner’s cable system and regulates its operations. The key question, Kavanaugh made clear, is still whether MNN is performing a traditional government function, which it is not.

Kavanaugh pointed out that the majority’s opinion today was not necessarily a broad one: New York could still limit MNN’s editorial discretion as long as it did not violate federal law or the Constitution in doing so. But, Kavanaugh concluded, “MNN, as a private actor, is not subject to First Amendment constraints on how it exercises editorial discretion over the speech and speakers on its public access channels.”

Justice Sonia Sotomayor dissented, in an opinion that was joined by Justices Ruth Bader Ginsburg, Stephen Breyer and Elena Kagan. Sotomayor began by observing wryly that Kavanaugh’s opinion “tells a very reasonable story about a case that is not before us.” In her view, the actual facts would lead to a very different conclusion: Because New York City has a property interest in the channels, and the state’s regulations require that the public be given access to the channels, the public-access channels are indeed a public forum. “Just as the City would have been subject to the First Amendment had it chosen to run the” channels itself, MNN “assumed the same responsibility when it accepted the delegation” to run the channels and must comply with the First Amendment.

Today at SCOTUS: Two oral arguments starting at 10 a.m. EST. One is on federal anti-discrimination laws. The other is on Medicare payments for drugs dispensed by hospitals -- with big questions about the doctrine of Chevron deference lurking in the background.