Justice Thomas says he has “no stress”’ and is “doing fine” 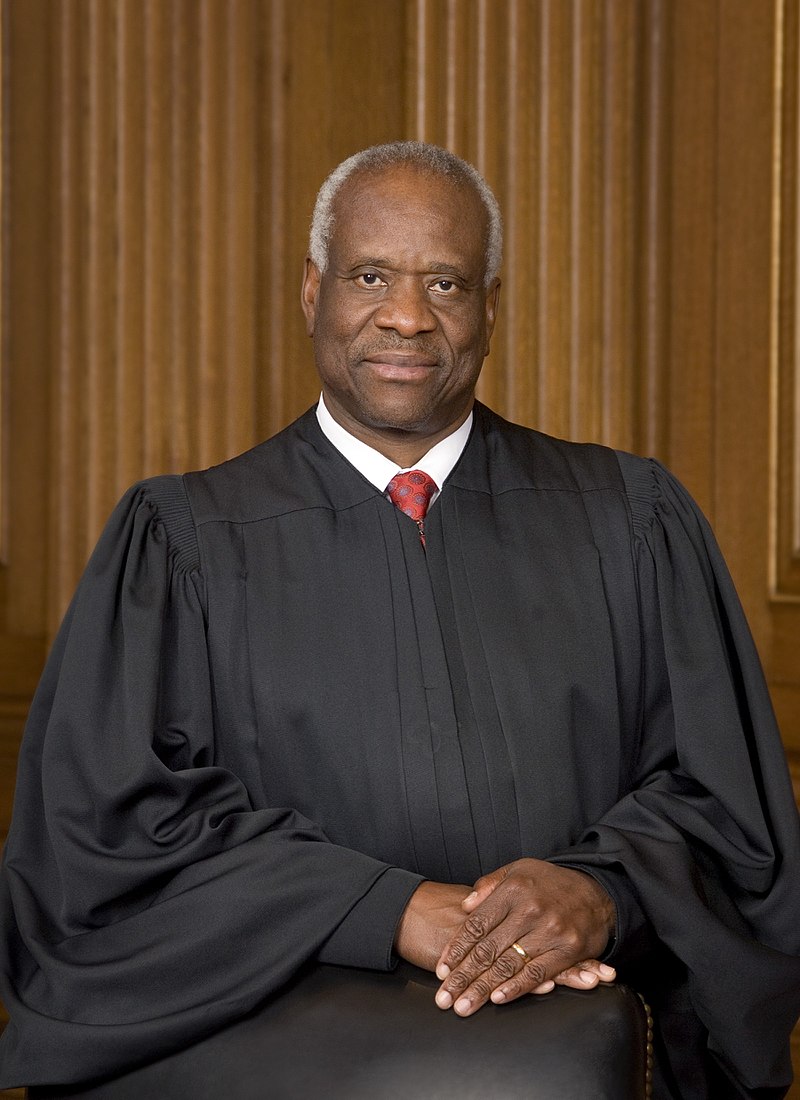 Justice Clarence Thomas told an audience at the U.S. Supreme Court this afternoon that he doesn’t know where rumors of his potential retirement at the end of this term originated.

“My wife gets alerts,” Thomas said, apparently referring to news or web alerts that his spouse, Virginia Thomas, receives. When she showed one such alert to him earlier this term, his response was, “Wow. I didn’t know that.”

“I have no idea where that stuff comes from,” Thomas added during an hourlong conversation with the financier and philanthropist David Rubenstein in the courtroom, before an audience of several hundred members of the Supreme Court Historical Society. “People can say things about you and for you that have nothing to do with you.”

Rubenstein, a trustee of the Historical Society who frequently interviews the mighty and powerful on his show on Bloomberg Television and elsewhere, didn’t specifically ask Thomas to repeat the firm denial of any impending retirement that the justice offered earlier this spring.

Asked about potential retirement at an event at Pepperdine University law school, Thomas said, “I’m not retiring,” and that he had no plans to retire in 20 years or 30 years.

With the court entering the final month of its term, Rubenstein asked Thomas how he relaxes during the term.

“I really don’t have a lot of stress. I cause stress,” Thomas said with a laugh. He goes to Roman Catholic mass, reads and follows the sports exploits of his adopted favorite college, the University of Nebraska. (His wife and mother-in-law attended there.)

Thomas, perhaps paradoxically, said he wished people knew more about the Supreme Court and did not have to rely on “what’s written about it.” But he is not in favor of allowing cameras in the courtroom because cameras tend to change the nature of any proceeding where they are introduced.

“I don’t see how the cameras will enhance how we do our jobs,” Thomas said.

The justice discussed his preference for frequently choosing law clerks from outside the Ivy League and other top-tier law schools.

“I have a preference for kids from modest backgrounds,” he said.

He did not seem bothered by the growing dominance of the specialty Supreme Court bar in recent years, and although advocacy by lawyers from the states and their subdivisions has improved, he understands why many parties before the court choose to “go with the .400 hitter.”

Rubenstein asked Thomas if he has ever considered what he might be doing if he had not become a judge. “Have you ever thought about what you might have done the last 25 or 30 years if you had not been in the judicial world?” Rubenstein suggested the “higher calling of private equity’’ — his own field.

“Is that a job offer?” Thomas said to laughter.

When Rubenstein asked Thomas what the current compensation for a Supreme Court justice is, Thomas said, “Oh, I think it’s plenty. It’s not quite where you are.”

Thomas said he was not disturbed by the fact that many law clerks leave the court and immediately receive salaries and bonuses that far exceed the pay of the justices.

“I think I am so blessed to be here, to have the opportunity to live up to my oath, to be a part of this country and the system in this country,” he said. “So, this is fine. My wife and I are doing fine.”