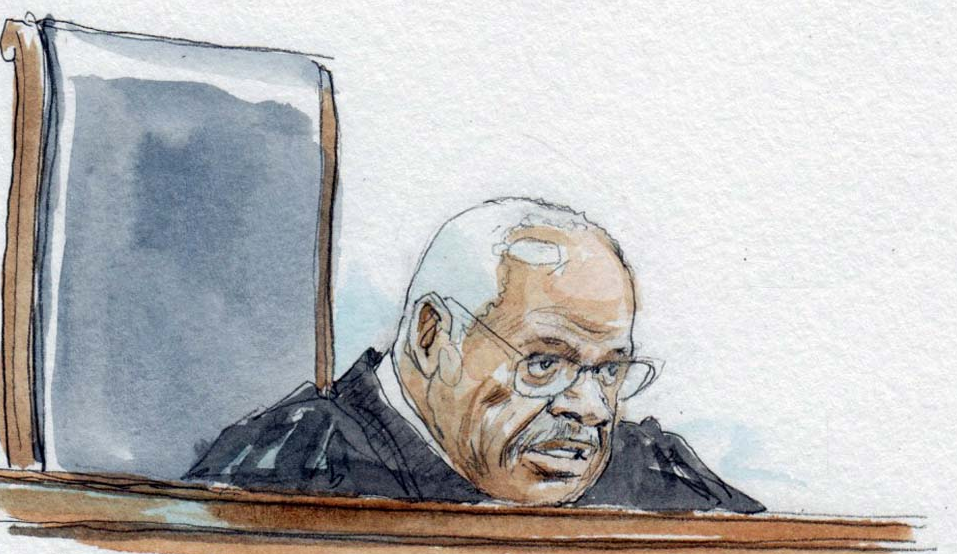 Yesterday’s decision in Home Depot USA v. Jackson offers an unusual outcome: a holding by the justices that limits the ability of defendants in large class actions to remove those cases to federal court. The lineup is also unusual, with Justice Clarence Thomas writing for the majority, over a dissent by four of the justices usually regarded as conservative: Chief Justice John Roberts and Justices Samuel Alito, Neil Gorsuch and Brett Kavanaugh.

The case involves litigation that started with an action by Citibank to collect a credit-card debt from respondent George Jackson. The debt arose out of a purchase at Home Depot, with which Jackson was not satisfied. The defendant (Jackson) responded to Citibank’s action by filing a class action against Home Depot and a variety of other entities. Those entities attempted to remove the case to federal court, relying on two closely related statutes that permit the “defendant” in a suit in state court to “remove” the case to federal court.  The question before the justices was whether Home Depot qualifies as a “defendant” under those statutes even though it was not the defendant named in Citibank’s original complaint. The majority holds that Home Depot is not a “defendant,” and thus that it cannot remove the case to federal court.

Thomas starts by considering the general removal statute, 28 U.S.C. § 1441.  Thomas acknowledges that Home Depot’s reading of the statute – which treats Home Depot as a defendant because it was sued in a civil proceeding – is “plausible.” He does not, though, “think it is the best one,” because statutory phrases like the reference here to a “defendant” cannot, as the court has so often emphasized, “be construed in a vacuum.” The relevant context is that the statute refers not broadly to defendants of “claims,” but specifically to the defendant in a “civil action.” Because Section 1441 extends only to cases over which the federal courts would have had jurisdiction, federal courts in removal cases traditionally have assessed their jurisdiction over an action by “evaluat[ing] whether that action could have been brought originally in federal court.” And because that action “is the action as defined by the plaintiff’s complaint, ‘the defendant’ to that action is the defendant to that complaint, not a party named in a counterclaim.”

Thomas notes that a reading limiting “defendant” to the parties named in the original complaint draws support from specific removal provisions (not at issue here) in which “Congress has clearly extended the reach of the statute to include parties other than the original defendant.” Because Section 1441, “by contrast, limits removal to ‘the defendant or the defendants’ in a ‘civil action,” it would be odd to read Section 1441 as permitting removal by parties like Home Depot.

Having explained why Home Depot is not a “defendant” under Section 1441, Thomas turns to Section 1453, a special removal provision included in the Class Action Fairness Act, designed to provide a federal forum for large class actions filed in state court. That statute, among other things, permits removal by “any defendant” to a “class action.” Home Depot argues that the reference to a “class action” rather than a “civil action” extends the provision beyond the traditional bounds of Section 1441 to reach any party sued in a large state-court class action.

Thomas disagrees, explaining that the references in Section 1453 to “any defendant” “simply clarify that certain limitations on removal that might otherwise apply do not limit removal under § 1453(b).” The first provision states that a class action “may be removed … without regard to whether any defendant is a citizen of the [forum] State.” For Thomas, that passage affords “no indication that th[e] language does anything more than alter the general rule that a civil action may not be removed on the basis of diversity [if any defendant resides in the forum state].” In the same way, Section 1453(b) also states that removal is appropriate “by any defendant without the consent of all defendants.” That passage “simply amends the rule [in Section 1446] that ‘all defendants who have been properly joined and served must join in … removal of the action.” For Thomas, this provides nothing to “indicate that a counterclaim defendant can remove.” In sum, for the court neither of those provisions “alters [the statute’s] limitation on who can remove, which suggests that Congress intended to leave that limit in place.”

Alito’s spirited dissent (more than twice as long as Thomas’s opinion for the court) vehemently criticizes the majority for validating a “tactic” that defendants can use to prevent removal of class litigation from state court, a result that the dissenters see as inconsistent with the intent of the Class Action Fairness Act.  For the majority, though, “that result is a consequence of the statute Congress wrote. Of course, if Congress shares the dissent’s disapproval of certain litigation ‘tactics,’ it certainly has the authority to amend the statute. But we do not.”