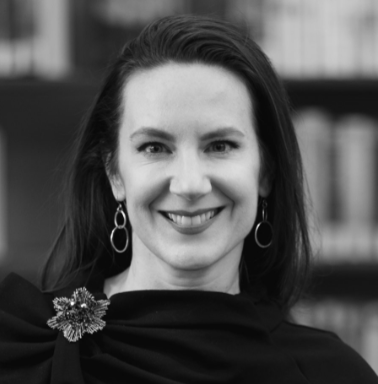 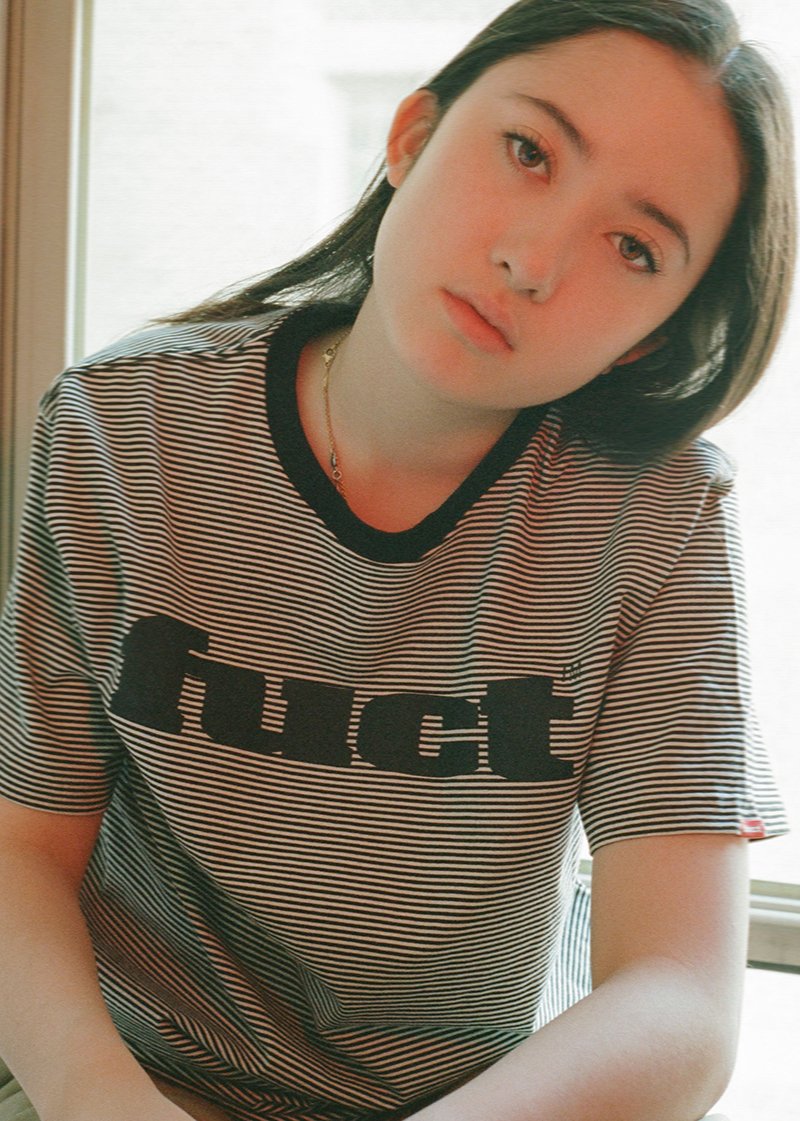 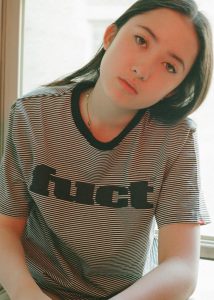 Trademark law is a consumer protection mechanism. It promotes fair competition by preventing consumer confusion and deception in the marketplace, and incentivizes producers to develop goodwill in their goods and services. Trademark rights begin with use of a mark in commerce, and registration with the U.S. Patent and Trademark Office is not necessary. However, significant rights accrue from registration, such as a presumptive right of validity, constructive nationwide rights, the potential for incontestability, priority for certain international filings, and customs benefits to restrict importation of infringing products.

Section 2 of the Lanham Act prohibits certain trademarks from being registered, including, for example, deceptive trademarks, marks that are merely descriptive of products or services, and those that cause a likelihood of confusion in the marketplace. For decades, Section 2(a) has also prohibited registration of trademarks that are deemed offensive in certain ways — specifically those that may be “disparaging” to individuals or groups, and those deemed “scandalous” or “immoral.” In 2017, the Supreme Court struck down the prohibition on registration of disparaging trademarks on the basis that the provision constituted viewpoint discrimination in violation of the First Amendment. Now, in Iancu v. Brunetti, the court will consider whether the prohibition on registration of scandalous and immoral marks is unconstitutional.

To determine whether a mark is immoral or scandalous, a trademark examiner considers whether a substantial composite of the general public would find the mark “shocking to the sense of truth, decency, or propriety; disgraceful; offensive; disreputable; giving offense to the conscience or moral feelings … or calling out for condemnation.” The trademark office has never addressed “immoral” marks separately from “scandalous” ones, and has historically treated the two terms as a single category. Case law provides that it is sufficient for an examiner to satisfy the standard simply by demonstrating that a mark is vulgar — defined as “lacking in taste, indelicate, and morally crude.” Determinations of immorality/scandalousness are to be made in the context of contemporary attitudes as applied to the goods described in the application. Dictionary definitions are often the primary source of evidence used by examiners to make this determination.

This case arose when Erik Brunetti applied to register his trademark FUCT for use as a brand for clothing. Brunetti started a streetwear company in 1990 with professional skateboarder Natas Kaupas, and later applied to register the trademark with the USPTO. The examining attorney rejected Brunetti’s trademark application on the basis that the mark is a phonetic equivalent of a vulgar word. The Trademark Trial and Appeal Board affirmed the refusal, finding that the examiner had provided sufficient evidence that a substantial composite of the general public would find the mark vulgar. The TTAB stressed that consideration of the constitutionality of Section 2(a) was beyond the scope of jurisdiction of the TTAB.

On appeal, the U.S. Court of Appeals for the Federal Circuit agreed that substantial evidence supported the board’s findings that the FUCT mark is vulgar and was therefore unregistrable under Section 2(a). However, it ultimately reversed the board’s holding. The Federal Circuit found that the bar on registering scandalous and immoral trademarks is a content-based restriction on free speech in violation of the First Amendment.

This case arises in the aftermath of, and perhaps as a natural consequence of, Matal v. Tam, which struck down the registration bar for the other type of offensive trademarks — those deemed disparaging. In Tam, the Supreme Court held that trademarks are private, not government, speech, and an examiner may not refuse to register trademarks based on the particular viewpoint the trademarks express. Because the disparagement provision in Section 2(a) denied registration to any trademark that was deemed disparaging by a substantial composite of the referenced group, it discriminated based on viewpoint: “Giving offense is a viewpoint.” The court found that whether strict scrutiny or a more lenient standard used to evaluate the constitutionality of restrictions on commercial speech under Central Hudson Gas & Electric Corp. v. Public Service Commission of New York applied, the provision could not withstand either level of review because it was not narrowly tailored to serve a substantial government interest. Justice Anthony Kennedy explained in his concurrence that “the central purpose of trademark registration is to facilitate source identification… Whether a mark is disparaging bears no plausible relation to that goal.”

Here, it is no surprise that the government and Brunetti differ on whether or not the immoral/scandalous-marks provision is viewpoint-neutral, and which standard of scrutiny is appropriate. The government argues that, in contrast to Tam, the immoral/scandalous-marks provision is viewpoint-neutral because the refusal to register these marks is based not on the views or ideas expressed, but on the particularly offensive mode of expression. The government draws on the extensive body of case law surrounding obscenity to support this premise. Although it has always been clear that the threshold for immorality and scandalousness is lower than that for obscenity, the government argues, generally speaking, that regulation of content offensive to contemporary moral standards is viewpoint-neutral. Brunetti, on the other hand, insists that determining what is offensive to the general public necessarily prefers some viewpoints over others.

According to the government, the scandalous-marks provision does not restrict speech, but instead imposes a condition on the availability of a government benefit. The content-based criteria help in the allocation of legal benefits that arise from registration, but the applicant can still use the mark without those benefits. Accordingly, the government argues that the provision should survive scrutiny if the statute is reasonably related to a legitimate government interest and does not impose an unconstitutional condition on the exercise of free speech. The government argues that it has several relevant legitimate interests, including in protecting the sensibilities of the public, ensuring the orderly flow of commerce, and avoiding any appearance that the government approves of offensive trademarks. The government also maintains that content-based distinctions are an intrinsic part of trademark law.

Brunetti contends that strict scrutiny is appropriate because giving offense is itself a viewpoint, and the FUCT mark was denied registration because of its offensiveness. The Federal Circuit also found that the prohibition on registration targets the expressive, rather than the source-identifying, function of trademarks. However, the Federal Circuit surmised that the provision would not withstand either strict scrutiny or the more relaxed Central Hudson standard. Even if the bar on registration of immoral/scandalous marks constitutes a regulation of commercial speech, protecting public order and morality fails to constitute a substantial governmental interest. Moreover, the regulation does not directly advance the government’s asserted interest because it does not remove these marks from the marketplace, and inconsistencies in the application of the provision show that it has not been narrowly tailored.

Regardless of the level of scrutiny, the Brunetti court is likely to address the inconsistent application of the immoral/scandalous-marks provision. The Tam court noted a “haphazard record of enforcement” of the disparagement bar, and acknowledged that a significant number of marks had been registered “that many would regard as disparaging to racial and ethnic groups.” The government attributes inconsistencies to changes in contemporary attitudes and organic outcomes inherent in a federal agency in which individual trademark examiners consider more than 400,000 applications each year. However, if outcomes based on the scandalous/immoral-marks provision are inconsistent, the restriction may not be sufficiently narrowly tailored. The only published empirical study of scandalous/immoral-marks rejections demonstrates that there is significant inconsistency in its application. Marks containing the same salient terms are both approved and denied, and there is little predictability in the decisions. (For example, trademark examiners have approved some marks with the following terms, and yet denied others: “ass,” “bitch,” “cock,” “pothead,” “s__t,” “slut,” and “whore.”) Even for the term at issue in Brunetti, the study shows inconsistency: For example, FCUK, THE F WORD, FVCK STREET WEAR, and F’D passed through, but not F U, EFFU, or FVCKED. If inconsistencies are too great, the restriction may not directly advance the governmental interest in a way that is sufficiently direct and that does not sweep in too much or include too little.