Argument preview: Justices address circuit split on whether a period of pretrial imprisonment can toll a term of federal supervised release 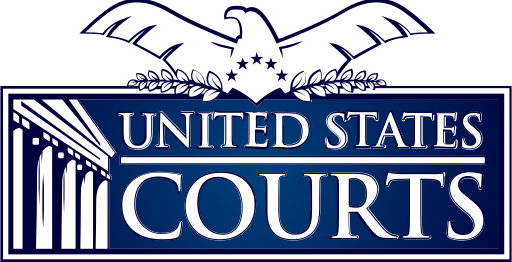 Approximately eight in 10 federal prisoners serve a period of supervised release after they get out of prison, and any violation of a condition of supervised release can lead to reimprisonment. When the Sentencing Reform Act of 1984 abolished federal parole, supervised release became the primary way to monitor federal offenders after prison. Unlike parole, which substitutes for part of a prison term, supervised release is a mechanism for post-custodial supervision that does not involve any early release from prison. The number of people serving periods of supervised release has been increasing over the years, nearly tripling, for example, between 1995 and 2015, according to a 2017 issue brief released by the Pew Charitable Trusts.

In September 2005, Jason Mont pleaded guilty to two counts in a federal district court in Ohio: conspiring to possess cocaine with the intent to distribute and possessing firearms and ammunition as a felon. The court sentenced Mont to 84 months in prison followed by five years of supervised release. Mont was released from federal prison on March 6, 2012, and he began his supervised-release term. Under normal circumstances, Mont’s supervised-release term would have ended five years later — on March 6, 2017.

The next five years were anything but uneventful, however. In January 2016, a probation officer filed a report in federal court alleging that Mont had violated the conditions of his supervised release. Most significantly, the report noted that a state grand jury had indicted Mont for marijuana trafficking, and that Mont was out on bond as a result of this case. The federal court declined to issue a warrant in response to the violation report, instead asking to be kept informed about the outcome of the state indictment. Then, in May 2016, another state grand jury indicted Mont, this time on a cocaine-trafficking charge. The state court revoked Mont’s bond, and he entered state pretrial custody on June 1, 2016. The probation officer informed the federal court about the new indictment, but the court did not issue a warrant or summons at that time.

The federal court’s decision to wait and see what happened with the two state indictments ultimately led to the legal dispute now before the Supreme Court. In October 2016, Mont pleaded guilty to both state cases and agreed to a total sentence of six years in state prison. The state judge did not impose this six-year term, however, until March 21, 2017, roughly two weeks after Mont’s supervised-release term had been set to expire. By this point, Mont had been in pretrial custody for nearly 10 months, which was credited to his six-year state sentence.

The key question now was whether the federal court had retained jurisdiction to revoke Mont’s supervised release after March 6, 2017, the initial end date for his supervision term. After issuing a warrant against Mont on March 30, 2017, the federal court determined that it did still have jurisdiction, revoking Mont’s supervised release and sentencing him to 42 months in prison, consecutive to his state prison term. The U.S. Court of Appeals for the 6th Circuit affirmed, relying on its decision in United States v. Goins as binding precedent in interpreting 18 U.S.C. § 3624(e), the provision that governs when a period of supervised released is tolled, or suspended. The 6th Circuit noted that the U.S. Court of Appeals for the District of Columbia Circuit had come out the other way in its 2016 decision in United States v. Marsh. The Supreme Court granted cert after Mont’s federal public defenders highlighted the clear circuit split.

In their brief, Mont’s attorneys now advance two arguments in support of their claim that the federal district court lacked jurisdiction to revoke Mont’s supervised release. First, they argue that Marsh, rather than Goins, was faithful to the language and history of Section 3624(e). Section 3624(e) provides that supervised release does not run “during any period in which the person is imprisoned in connection with a conviction for a Federal, State, or local crime unless the imprisonment is for a period of less than 30 consecutive days.” Citing to Marsh, Mont’s lawyers emphasize that the statute is framed in the present tense. Based on the grammar of the statute, they argue that someone held in pretrial detention cannot be said to be “imprisoned for a conviction” because that person has yet to be convicted. For this reason, the tolling provision cannot apply to a period of pretrial detention. As a second argument, Mont’s lawyers claim that the federal court forfeited its jurisdiction over Mont’s violation when it failed to issue a warrant or summons before Mont’s supervised-release term expired.

In response, the U.S. solicitor general argues that Mont’s term of supervised release did not run during the roughly 10 months that he spent in state pretrial custody and therefore did not expire on March 6, 2017. In support of this argument, the government first adopts the 6th Circuit’s reasoning in Goins to emphasize that the state court ultimately credited the full period of Mont’s pretrial detention to his six-year prison sentence. Therefore, the government contends, these 10 months should be considered a period of imprisonment “in connection with a conviction for a Federal, State, or local crime” under § 3624(e). As a fallback argument, the government asserts that at a minimum, tolling began in October 2016, when Mont pleaded guilty to his state crimes and remained imprisoned while waiting for his state sentencing hearing. Either way, the government asserts, the federal court had jurisdiction over Mont’s violations on March 30, 2017, when it issued its warrant.

Not surprisingly, the government completely rejects Mont’s emphasis on the present-tense nature of Section 3624(e). The government draws attention to other language in the statute, stressing that Section 3624(e) allows for tolling during a period in which the person is imprisoned “in connection with” a conviction. It then claims that Congress’ decision to use the expansive phrase “in connection with” indicates that Congress did not intend to limit the application of the tolling provision to imprisonment that occurs after a conviction. The government maintains that even if it is not clear whether a person will be convicted at the precise moment the person enters pretrial custody, it is “not incongruous” for Congress to use the present tense to refer to tolling that is “contingent on a later event.” Any contrary decision, the government emphasizes, would allow Mont to count the time that he spent in prison as part of the time that he was required to spend on supervised release, even though the purpose of supervised release is to monitor people in the community.

After Tuesday morning’s oral arguments in Mont and Haymond, we should know more about how the justices view the extensive powers created by the supervised release system and its role in federal sentencing law more generally.