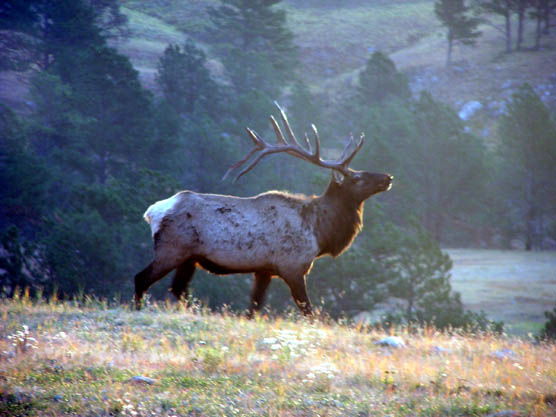 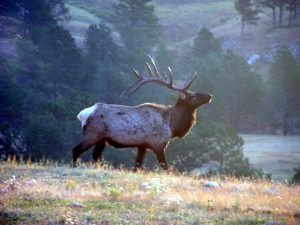 In January 2014, Clayvin Herrera, a member of the Apsáalooke Nation, also known as the Crow Tribe, went hunting on the nation’s reservation in Montana. He and his companions successfully bagged three elk, but their pursuit had taken them outside the reservation borders into the Bighorn National Forest in Wyoming. Wyoming authorities subsequently charged Herrera with violating state hunting laws.

Wyoming’s prosecution has led the Supreme Court to venture yet again into the interpretation of tribal treaty rights to hunt and fish off-reservation. Last term, in Washington v. United States, the court deadlocked 4-4 over the scope of the fishing right promised the Native nations of the Pacific Northwest in their 19th-century treaties. In this case, the validity of Herrera’s state-law conviction turns on the continued force of the 1868 Second Treaty of Fort Laramie between the Crow Tribe and the United States, which guaranteed the tribe “the right to hunt on the unoccupied lands of the United States so long as game may be found thereon.” Two questions are presented to the Supreme Court: whether this treaty hunting right survived Wyoming’s statehood and whether the Bighorn National Forest constitutes “unoccupied lands of the United States.”

As in most Indian law cases, a complicated history lies behind this dispute. In the late 19th century, the Supreme Court issued several opinions suggesting that continued federal power over aspects of Indian affairs within former territories implicated the “equal footing doctrine” — the promise that newly admitted states would enjoy sovereignty equal to that of existing states. In Ward v. Race Horse, the court held that a hunting right in a Shoshone-Bannock treaty — a provision identical to the one at issue here — violated this principle. Because of this conflict, Wyoming’s admission to the union had impliedly abrogated the treaty right, which, the court reasoned, was “of limited duration” and therefore “temporary and precarious.”

Equal footing’s sway in Indian law was brief. Less than a decade after Race Horse, the Supreme Court began to consistently reject nearly identical equal-footing arguments. Yet Race Horse’s holding survived. In the early 1990s, after Wyoming charged a Crow member for illegal elk hunting within the Bighorn National Forest, the tribe brought suit, invoking its treaty hunting right. In Crow Tribe of Indians v. Repsis, the U.S. Court of Appeals for the 10th Circuit ruled against the tribe based on Race Horse, while also offering a very brief alternative holding suggesting that the national forest could not be considered “unoccupied lands.”

Soon after, in 1999, the Supreme Court decided Minnesota v. Mille Lacs Band of Chippewa Indians, which required construing an 1837 tribal treaty fishing right in Minnesota. The court rejected the application of Race Horse: The decision’s equal-footing holding rested on a “false premise,” while its language about “temporary and precarious” treaty rights was “too broad to be useful.” The court did not explicitly overrule Race Horse, although the dissent accused it of doing so “sub silentio.”

The relationship between Race Horse, Repsis and Mille Lacs is at the core of this dispute. Because the lower court ruled against Herrera on the ground that Repsis barred him from relitigating the question of whether the Crow Tribe retained off-reservation hunting rights under the treaty, much of the briefing focuses on issue preclusion, which bars parties from reopening an issue decided in a prior case. Both Herrera and the United States as amicus curiae forcefully argue that preclusion should not attach when there has been an intervening change in the law, such as the Supreme Court’s decision in Mille Lacs. Wyoming insists that Mille Lacs only overruled Race Horse’s equal-footing holding, leaving the rest of the decision intact, and that issue preclusion should still apply for what the state characterizes as a mixed issue of law and fact. The parties disagree, too, about whether preclusion attaches to the very brief discussion of the status of the Bighorn National Forest in Repsis.

Mille Lacs is also at the center of the parties’ dispute over treaty interpretation. Under well-settled law, only a clear congressional statement can abrogate tribal treaty rights, but, Herrera and the federal government argue, there is no such explicit text here. Race Horse suggests statehood as a form of implicit abrogation, yet, Herrera and his allies insist, Mille Lacs expressly repudiated that argument. Wyoming counters by arguing for the temporary nature of the treaty right in the context of late 19th-century federal Indian policy. The view at the time, the state asserts, was that “nomadic tribes like the Crow Indians [had] to adapt or vanish.” The tribe’s hunting right was supposed to ease the transition to “civilization,” and statehood, Wyoming claims, marked “the moment when civilization arrived.” Yet neither the plain text of the treaty nor the tribe’s contemporaneous understanding of the treaty (the touchstone for resolving treaty ambiguities under federal law) supports this interpretation of the right as temporary, Herrera and the solicitor general argue. Writing as amicus curiae, the Crow Tribe weighs in by citing multiple statements by federal officials during treaty negotiations promising the tribe the continued right to hunt.

The parties further dispute whether the Bighorn National Forest should be considered “unoccupied lands” for treaty purposes. Herrera and the federal government emphasize that the proclamation of a national forest meant the land could no longer be settled, which they argue was the historical standard for occupation. Yet Wyoming argues that physical presence should not be the test, especially given the West’s expansiveness. According to Wyoming, the federal government’s proprietary power over its own lands, including its decisions to exclude hunters, demonstrates that the land was effectively occupied when it became a national forest.

Ultimately, Herrera, similarly to November’s argument in Carpenter v. Murphy, demonstrates the challenge of translating late 19th-century history into clean present-day jurisprudential categories. At the time, many whites, including many federal policymakers, did expect the Crow and other Native nations either to become agriculturalists or disappear. Sometimes these views became statutes, as with the Dawes Act; in other instances, as here, they produced discussions but little explicit legal text. Yet these blinkered and self-interested assumptions proved wrong. Defying whites’ predictions and assaults, the Crow demonstrated that they could, in the words of one historian cited by both sides, “adapt and win as well as suffer and lose,” including by successfully maintaining their traditional hunting culture. Herrera presents the legal consequences of this persistence of the Apsáalooke Nation. Wyoming argues that the Supreme Court should enforce what the state casts as shared (if unfulfilled) 19th-century expectations at the time of the treaty’s signing; Herrera and the federal government point to the treaty’s plain text, as they construe it, and the absence of any abrogation. The court will have to decide which approach to translating the past into law will prevail.