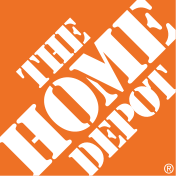 Next Tuesday the justices will hear their second major class-action case of the year. Following on Frank v. Gaos (argued in November), Home Depot USA v. Jackson considers the ability of defendants to remove class actions to federal court. Unlike Frank v. Gaos, which considered a largely untethered question about the propriety of class-action settlements that do not provide direct compensation to class members, Home Depot USA presents two crisp questions of statutory interpretation.

A little background about the interplay between state and federal courts is necessary to understand the dispute. We start with the practice of “removal,” which allows a defendant in a case pending in state court to “remove” the case to federal court, at least if the case could have been brought in federal court in the first place. Section 1441 of the Judicial Code limits the right to remove to “the defendant or the defendants.” Because removal is intended to protect litigants from the risk that a state forum might be unfavorable to some federally supported interest, the plaintiff (who selected the state forum in the first place) ordinarily has no right to change its mind about its preference for a state forum and remove the case to federal court.

The question here is what happens when the original defendant’s counterclaim brings new parties in to the litigation. In this case, for example, Citibank sued George Jackson in North Carolina state court to collect on a debt related to a purchase connected to Home Depot. Jackson responded by asserting both defensive claims against Citibank and a class action against Home Depot and another party, alleging a variety of consumer-protection claims. Citibank promptly withdrew its claim without prejudice, but Home Depot remains in the case and would like to remove it to federal court.

The lower courts consistently have held under Shamrock Oil that a counterclaim defendant has no right to remove a case to federal court, limiting the removal right to the original named defendant. The premise of those cases is that it unduly interferes with the plaintiff’s choice of a state forum for a party not originally named by the plaintiff to remove the entire litigation to federal court. Home Depot argued in the lower federal courts that the result should be different in this case because of the Class Action Fairness Act of 2005. Reflecting a sentiment that state courts are unduly favorable to class actions, that statute protects class-action defendants by facilitating the removal of large class actions to federal court. Specifically, that statute adds a provision (Section 1453) that allows “any defendant” to remove most class actions that seek damages of more than $5 million. When the lower courts concluded that Section 1453 does not permit removal of the class action against Home Depot, Home Depot sought review in the Supreme Court. Stirring the pot a bit, the Supreme Court order granting review also asked the parties to address the question whether the lower courts correctly have extended Shamrock Oil to third-party counterclaim defendants.

Home Depot’s argument is simple. It is plainly a defendant by any ordinary meaning of the term: It has filed no claims against anybody; it is in court solely because Jackson asserted a class action against it. On the Shamrock Oil question, Home Depot argues that the lower courts have erred in extending Shamrock Oil to bar removal by parties, like Home Depot, that have made no choice to be in state court. On Section 1453, Home Depot maintains that it has no role in the litigation except as a defendant. More generally, because the explicit purpose of CAFA is to ensure federal-court adjudication of class actions like this one, remanding the action to state court undermines that statute. Home Depot ends by noting that the original claim (the one that could not have been filed in federal court) has been withdrawn; the sole dispute remaining before the court is the one to which Section 1453 speaks directly, which is “precisely the type of class action Congress intended to be removable under CAFA.”

Jackson rests heavily on a long tradition under the general removal statute (Section 1441), which uniformly has barred removal by “derivative defendants” like Home Depot. The lower courts always have interpreted Section 1441 to permit removal only when the original complaint was one that could have been filed in federal court. Because the original complaint here (filed against Jackson by Citibank) presented non-diverse causes of action under state law, that complaint could not have been filed in federal court; the traditional rule, accordingly, would not permit removal of the case by a derivative defendant such as Home Depot. As for Section 1453, Jackson argues that Congress drafted the Class Action Fairness Act against the backdrop of practice under Section 1441, and that the court therefore should read the reference to “defendants” in Section 1453 to incorporate the long-standing understanding of that term in Section 1441.