Argument preview: Justices to consider another lethal-injection challenge, this time by inmate with complicated medical history 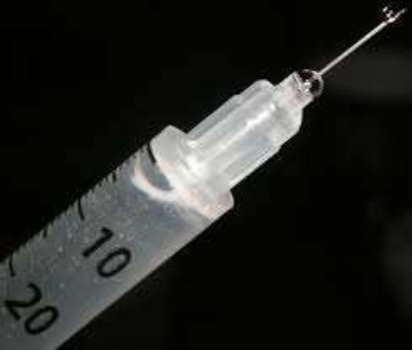 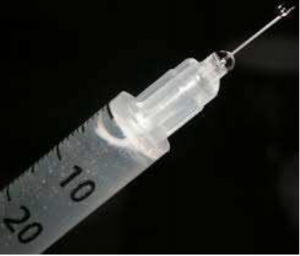 Next week the Supreme Court will hear oral argument in the case of Russell Bucklew, a Missouri death-row inmate who argues that the state’s plan to execute him by lethal injection violates the Constitution’s ban on cruel and unusual punishment because he suffers from a rare medical condition that could lead to his gagging on his own blood.

When it was first adopted as a method of execution in the late 1970s, lethal injection was envisioned as a more humane alternative to other methods – such as the gas chamber, firing squad or hanging – that states had previously used. The idea was that the condemned inmate would peacefully drift off to sleep after receiving a series of drugs designed to anesthetize and then kill him. But since then, inmates have challenged lethal injections as a violation of the Constitution’s ban on cruel and unusual punishment, pointing to a series of botched executions that sometimes lasted over an hour and left inmates gasping for breath. They have also raised concerns about the drugs used in executions and the secrecy surrounding some states’ plans for lethal injections.

The Supreme Court has repeatedly rejected challenges to lethal injection. But now comes Bucklew, who argues that – whatever you think of lethal injection generally – it would be unconstitutional to execute him specifically by lethal injection because of the likelihood that he will suffer a gruesome death.

Bucklew was sentenced to death for the 1996 murder of Michael Sanders, along with the kidnapping and rape of Bucklew’s former girlfriend, Stephanie Ray; a state trooper was also wounded in a shootout before Bucklew was taken into custody. Bucklew suffers from an extremely rare disease, known as cavernous hemangioma, that has caused “unstable, blood-filled tumors to grow in his head, neck, and throat.” He contends that, if he has trouble breathing when the execution begins, the tumor in his throat could rupture, filling his mouth and airway with blood and causing his execution to be “painful far beyond the pain inherent in the process of an ordinary lethal injection.”

The U.S. Court of Appeals for the 8th Circuit rejected Bucklew’s challenges to the plan to execute him by lethal injection, but earlier this year the Supreme Court agreed to put Bucklew’s execution on hold while it considers his appeal.

Bucklew argues that the 8th Circuit’s decision got it wrong in several ways. First, he contends, the court of appeals was wrong to assume that Bucklew’s execution will go smoothly when the whole point of Bucklew’s challenge is that, even if all goes according to plan, Bucklew’s medical problems mean that execution by lethal injection will likely cause him agonizing pain.

The state pushes back, expressing skepticism about how serious Bucklew’s cavernous hemangioma actually is: It notes that a “growth near his airway shrunk nearly ten percent between 2010 and 2016,” and it accuses Bucklew of repeatedly changing his story about the different things that could go wrong if the state were to try to execute him by lethal injection.

The state stresses that Bucklew has not provided any evidence showing that he is “sure or very likely” to suffer serious pain as a result of lethal injection. To the contrary, it emphasizes, the lone drug that the state uses in its lethal-injection protocol – pentobarbital – will quickly render Bucklew unconscious, so that he “will not be able to suffer pain from choking, bleeding, or any other source.” The only pain that he might feel, the state added, would be “minor discomfort associated with inserting an IV.”

Bucklew next argues that, contrary to the 8th Circuit’s ruling, he should not have to show that there is another method of execution that is both feasible and will significantly reduce his risks when he is only challenging the use of the state’s lethal-injection protocol in his own execution (known as an “as-applied” challenge). Bucklew acknowledges that, under the Supreme Court’s caselaw, an inmate who contends that a method of execution is always unconstitutional (known as a “facial” challenge) must show that an alternative method is available; otherwise, inmates would be able to launch a “back-door attack on the” death penalty itself by taking the only available method of execution off the table. But that rationale doesn’t extend to as-applied challenges, Bucklew suggests, because the challenged method of execution will still be available in other cases even if it isn’t in his. Moreover, he adds, no “value would be served by demanding that an inmate with a complicated medical condition custom-design his own execution.”

The state offers a different reading of the Supreme Court’s cases, arguing that the justices have made clear that any inmate who challenges the constitutionality of a method of execution must suggest an alternative method – whether he is bringing a “facial” challenge or an “as-applied” challenge. A certain level of blameworthiness is required for a prison official to violate the Eighth Amendment; if there isn’t an alternative method of execution available, the state contends, you can’t infer that state officials were sufficiently blameworthy in choosing the method currently in use.

But in any event, Bucklew continues, he has offered an alternative method of execution: lethal gas, which is authorized under Missouri law. He suggests that the state could, for example, administer nitrogen through a gas mask. Bucklew notes that the state has not seriously contested that lethal gas is a viable alternative; rather, the only real point of contention in the lower court was whether using lethal gas would reduce the likelihood that Bucklew would experience pain – a fact that the court of appeals said Bucklew would need to establish with just one witness. Such a “one witness” rule, Bucklew contends, is not only “wrong in general,” but it is “especially perverse in method-of-execution cases, where inmates will typically be unable to find an expert willing and able, consistent with ethical constraints, to tell the State how best to kill an inmate.”

The state pushes back against Bucklew’s identification of lethal gas as an alternative method of execution. “Nitrogen hypoxia” is not a method of execution, the state contends, because no state has ever used it to execute someone; Missouri had previously used cyanide gas in its gas chamber. Morever, the state alleges, Bucklew has not offered any information about the pain that he would suffer from lethal nitrogen, which means that there is no way to compare lethal gas with lethal injection. And all of this is irrelevant, the state concludes, because Bucklew’s challenge to his execution by lethal injection has come too late: He could have filed it back in 2008, but instead waited until 2014, just before his execution was originally scheduled.

Normally, a death-row inmate whose execution has been put on hold can be cautiously optimistic about his chances for success, because a stay of execution requires at least five votes – enough for the inmate to win on the merits. But Bucklew also knows that four justices – Chief Justice John Roberts and Justices Clarence Thomas, Samuel Alito and Neil Gorsuch – would have allowed his execution to go forward. This means that one of the five votes to put Bucklew’s execution on hold presumably came from Justice Anthony Kennedy, who retired from the court on July 31. Although not much is known about the views of Justice Brett Kavanaugh, who replaced Kennedy earlier this month, on capital punishment, Kavanaugh is generally regarded as significantly more conservative than Kennedy, which could bode poorly for Bucklew.

[Disclosure: Goldstein & Russell, P.C., whose attorneys contribute to this blog in various capacities, is counsel on an amicus brief in support of the petitioner in this case. The author of this post is not affiliated with the firm.]