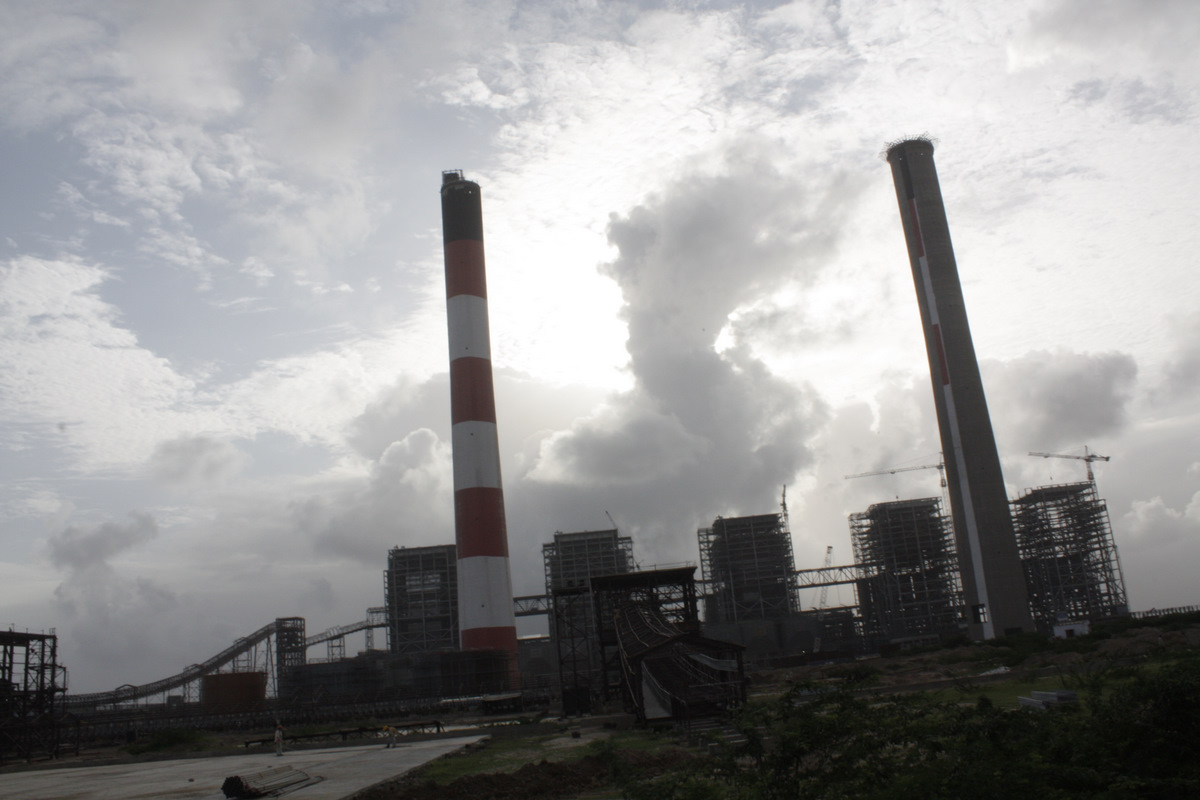 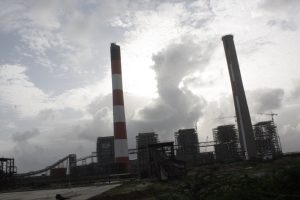 In recent years, Supreme Court has cut back drastically on lawsuits that seek to hold corporations responsible in U.S. courts for alleged human rights violations abroad. Next week the justices will hear oral argument in a case involving immunity for international organizations, like the United Nations and the World Bank, that could also limit similar lawsuits against such institutions.

The defendant in the case is the International Finance Corporation, which has its headquarters in Washington, D.C. Formed in 1956 to “further economic development” and “fight poverty,” the IFC makes loans to private businesses to finance projects in developing countries. In 2008, the IFC made such a loan – a total of $450 million, which was roughly 15% of the overall financing for the project – to Coastal Gujarat Power Limited, a subsidiary of Tata Power, India’s largest power company, to help finance the construction of a coal-fired power plant in India.

The plaintiffs in the case now before the Supreme Court are (among others) farmers and fishermen who have been hurt by the power plant. They contend, for example, that the plant’s construction caused saltwater to leach into the local groundwater, leaving villagers and farmers without access to fresh water. They also say that the plant’s “cooling system discharges thermal pollution into the sea, killing off marine life on which fishermen rely for their income and local residents rely for nourishment.”

In 2015, the plaintiffs sued the IFC in a federal district court in Washington. Most of their claims are based on injuries allegedly caused by the plant, but one claim is based on the loan agreement itself: The plaintiffs allege that, although they were not a party to the agreement, they can nonetheless sue the IFC because provisions were included in the agreement to protect the community surrounding the plant. The district court dismissed the case, and the U.S. Court of Appeals for the District of Columbia Circuit affirmed that ruling.

The dispute hinges on the interpretation of the International Organizations Immunities Act, a federal law enacted in 1945 that provides that international organizations “shall enjoy the same immunity from suit and every form of judicial process as is enjoyed by foreign governments.” In 1998, the D.C. Circuit ruled that, under the IOIA, international organizations have the same immunity that foreign governments had in 1945 – which meant virtually complete immunity; the court of appeals relied on this 1998 decision to rule for the IFC in June 2017. The plaintiffs asked the Supreme Court to review that ruling, and the justices agreed to do so earlier this year.

At this point, a bit of background on immunity for foreign countries may be useful. In 1945, when Congress enacted the IOIA, courts would grant foreign states complete immunity whenever the State Department asked for it. (If the State Department didn’t weigh in on immunity for a particular country, then the courts themselves would decide whether immunity was appropriate.) In 1952, the executive branch adopted what is known as a “restrictive theory” of sovereign immunity: Foreign governments cannot be sued in U.S. courts for their “public” acts – that is, their acts as a sovereign – but they can be sued for their commercial activities. In 1976, Congress enacted the Foreign Sovereign Immunities Act, which essentially adopted the “restrictive theory.”

Budha Jam and the other plaintiffs argue that the first interpretation is correct – that is, that international organizations should have the same immunity that foreign countries currently enjoy, which is narrower than what they’d had in 1945. Jam first points to the text of the IOIA, emphasizing that the law gives international organizations “the same immunity” “as is enjoyed by foreign governments.” Longstanding principles of statutory interpretation make clear, Jam contends, that when Congress indicates in one law that another body of law should apply, it is incorporating the body of law as it exists when a lawsuit is filed under the statute, rather than when the statute was passed. Because the FSIA now governs immunity for foreign governments, Jam continues, it should also govern immunity for international organizations.

Other textual clues also support Jam’s interpretation, he says. The IOIA uses the word “same,” which Jam describes as “an unambiguous directive that international organizations and foreign sovereigns should be treated equally for such immunity purposes, today as in 1945.” Moreover, he adds, the verb is in the present tense, which reinforces that “international organizations have the same immunity that foreign governments enjoy today, not the immunity they enjoyed when the IOIA was enacted.”

If Congress had wanted to yoke the IOIA to foreign sovereign immunity as it existed in 1945, Jam continues, it could have said so explicitly – but it didn’t. Indeed, Jam notes, the version of the IOIA passed by the House of Representatives would have given international organizations complete immunity, but the Senate removed that language and replaced it with the current language, which confirms that Congress did not want international organizations to have complete immunity in perpetuity.

More broadly, Jam asserts, an interpretation that gives international organizations complete immunity would create a disconnect, because it would allow foreign states to carry out commercial activities through international organizations and therefore escape legal liability for those activities, even though they could be sued if they had engaged in the same commercial activities on their own. For example, if the D.C. Circuit’s decision is allowed to stand, Jam observes, the Canadian government could be sued in the United States for its commercial activities, even though the Great Lakes Fishery Commission – an organization formed by the United States and Canada to protect the Great Lakes fishery —would be immune from lawsuits.

In its brief at the Supreme Court, the IFC paints a gloomy picture of what will happen if the justices adopt Jam’s interpretation of the IOIA. The IFC explains that it often provides financing for projects in parts of the world that may not otherwise be able to attract it – such as Yemen, Afghanistan and Iraq – but where unstable conditions might also be more likely to lead to lawsuits like this one. If this lawsuit is allowed to go forward, the IFC argues, it and other international organizations could also be sued for all kinds of additional reasons, such as misconduct by the host government or the failure to comply with labor or environmental standards, even when the corporations that are actually responsible for the plaintiffs’ injuries cannot be sued in U.S. courts. And that, in turn, could change the IFC’s “judgments about the projects it can reasonably fund and, if successful, drain billions of dollars earmarked for development projects.”

Turning to the IOIA itself, the IFC urges the justices to rule, like the D.C. Circuit below, that because foreign countries were generally completely immune from lawsuits in the United States when the IOIA was enacted in 1945, international organizations continue to be immune as well. The IFC reasons that in 1945 immunity for foreign countries was based on the common law; when a statute incorporates common-law principles, it contends, the principles that apply going forward are the ones that existed when the statute was enacted, regardless of how the common law may change after the law is passed.

The IFC pushes back against several of the arguments made by Jam, telling the justices that the principle on which Jam relies to interpret the IOIA – the idea that, when Congress refers to a body of law as the source for another law, it incorporates the body of law as it exists at the time of lawsuit – is valid only when Congress refers specifically to a statute, rather than to a more general area of the law. And Congress’ use of the word “same” in the IOIA simply means that immunity for international organizations is identical to the immunity enjoyed by foreign countries; it doesn’t, the IFC asserts, say anything about which time frame should be used to determine what the “same” kind of immunity is.

Moreover, the IFC argues, immunity under the FSIA primarily hinges on whether the foreign state was acting as a state or as a commercial entity. But that distinction does not apply to international organizations, which are not sovereigns and which often use commercial tools (such as loans) “to advance their decidedly non-commercial missions of promoting international development, peace and stability.” A friend-of-the-court brief by the IFC’s member countries and the Multilateral Investment Guarantee Agency seeks to buttress this point, telling the justices that, under Jam’s interpretation, “it is hard to imagine what activities by organizations like the IFC and MIGA would not qualify as commercial,” creating the real prospect that the commercial-activity exception could “swallow IOIA immunity whole.”

The justices agreed to review Jam’s case in May, a little more than a month before Justice Anthony Kennedy announced his retirement. Since then, Justice Brett Kavanaugh has taken Kennedy’s place on the court, but only eight justices will hear oral argument in the case: The Supreme Court announced last week that Kavanaugh will not participate, presumably because he was involved in the case when it was before the D.C. Circuit.