Argument preview: A tax lion in the Cougar Den? — Treaties versus taxes in federal Indian law 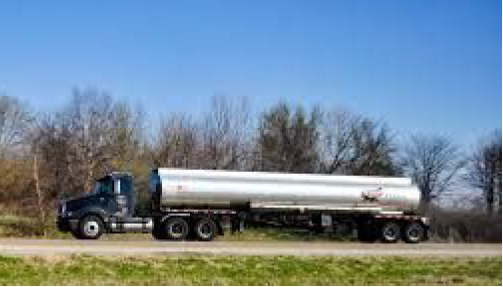 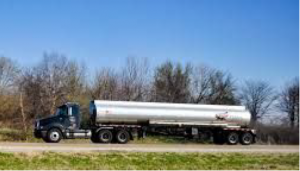 Washington State Department of Licensing v. Cougar Den Inc. pits an 1855 treaty against a 2006 state statute designed to avoid tribal tax immunity. Cougar Den, owned by Yakama tribal citizen Kip Ramsey, imports gasoline from Oregon over 27 miles of Washington state highway into the Yakama reservation for sale at Yakama gas stations. In 2013, the Washington Department of Licensing sued Cougar Den for failure to pay millions in taxes for importing motor vehicle fuel into the state. Both the department’s administrative appeals process and the Washington Supreme Court held that Cougar Den was exempt from the taxes under the right to travel guaranteed in the Yakama’s treaty with the United States.

The Yakama treaty is one of several the United States negotiated in the 1850s with tribal nations in what later became Washington state. Those treaties have come before the Supreme Court many times — including just last term — for their provision reserving to the tribes the right to fish at their “usual and accustomed places” outside their reservations. But only the treaty with the Yakama includes a provision guaranteeing that tribe “the right, in common with citizens of the United States, to travel upon all public highways.” Past litigation established the reasons for this provision. Travel for trade had been crucial for the Yakamas, who had been the conduit for goods exchanged between the coastal tribes of the Pacific Northwest and the Plains tribes to the east. To secure Yakama agreement to land cessions, the United States promised that the Yakamas could continue using the highways — implicitly for trade.

The U.S. Court of Appeals for the 9th Circuit has interpreted this treaty provision several times, exempting the Yakamas from some state requirements it read as taxes or fees on travel for trade, including logging-truck-license and overweight-vehicle fees, in 1998’s Cree v. Flores, and a requirement to notify the state before transporting “unstamped” cigarettes (i.e., those without the stamps to indicate whether state taxes had been paid), in 2007’s United States v. Smiskin.

Following these cases, the Washington Supreme Court held that the treaty pre-empts the state’s fuel taxes as well. At first glance, as petitioner Washington argues, this looks like quite a stretch. A treaty right to travel — even to protect trade — is not a right to exempt the transported goods themselves from taxes. But the history of these particular fuel taxes makes this a closer case.

Some background on state taxation of Indians is necessary to understand this history. Although Indians are generally subject to all federal taxes, states have no power to tax Indians on reservations unless federal law expressly permits such taxes. If, however, the “legal incidence” — essentially the ultimate legal liability — to pay the tax falls on non-Indians, states may impose taxes unless they are pre-empted under a distinctive balancing test that considers the broad purposes of federal law, as well as tribal and state involvement in the activity. Outside reservations, however, tribes and Indians are generally subject to all nondiscriminatory state taxes unless a distinctive federal law pre-empts those taxes. In 2005’s Wagnon v. Prairie Band Potawatomi Nation, the Supreme Court held that this was true even when the state deliberately shifted the legal incidence of the tax off the reservation to avoid limits on on-reservation taxes.

That brings us back to Cougar Den. In 2005, a federal district court in Washington, in Squaxin Island Tribe v. Stephens, struck down Washington’s motor vehicle fuel taxes, finding that their legal incidence fell on on-reservation tribal retailers, rather than on their non-Indian customers. In response, Washington rewrote its fuel taxes to move their incidence off the reservation. The law now provides that motor fuel licensees must pay a per-gallon tax when motor vehicle fuel is collected from a pipeline or vessel, is removed from a refinery in the state, or “enters this state.” This last provision is at issue in Cougar Den. Cougar Den argues, and the Washington Supreme Court agreed, that “travel on public highways is directly at issue because the tax was an importation tax.” Although the state argues that the tax would apply whether the fuel entered by public highway, dirt road, plane or any other means (besides pipeline or vessel), the court found this irrelevant because “it was impossible for Cougar Den to import fuel without using the highway.” Cougar Den argues that as a question of state law, the state supreme court’s interpretation of the statute is entitled to deference.

The immediate stakes of the decision may not be too large. Only two other tribes — the Nez Percés in Idaho and the Flatheads in Montana — have treaty provisions of this kind. Washington, joined by an amicus brief from 12 other states and the city of New York, argues that affirmance would permit Yakama and the other tribes to evade taxes on all kinds of goods — particularly cigarettes — simply by importing them by highway. Cougar Den and other Yakama businesses have provided ammunition for these fears by using the treaty to argue for tax and regulatory exemptions whenever possible. They are currently arguing that the treaty permits them to import fuel tax-free from as far away as New York and California. With respect to cigarettes, in particular, United States v. Smiskin found that Yakama businesses did not have to notify the state when transporting unstamped cigarettes. But other tax statutes do not rely on importation in the way necessary to Cougar Den’s argument. As to cigarettes in particular, the Supreme Court has repeatedly upheld taxes whose legal incidence falls on the non-Indian who buys them on the reservation, so shifting the tax to importation is not necessary. Smiskin thus invalidated the travel-notification requirement, not the taxes themselves, and King Mountain Tobacco Co. Inc. v. McKenna, a 2014 9th Circuit decision, later held that the Yakama Treaty did not exempt on-reservation sellers from requirements to pay into a state fund to compensate for health costs of tobacco products.

The stakes may be bigger for federal Indian law generally. Washington and those filing amicus briefs on the state’s behalf argue that outside reservations, Indians should be subject to state jurisdiction absent “express” pre-emption by federal law. Although clear language is generally necessary to find tax exemptions, this has not previously been the test in Indian law. The Supreme Court in 1973 did state in Mescalero Apache v. Jones that “[a]bsent express federal law to the contrary, Indians going beyond reservation boundaries have generally been held subject to non-discriminatory state law.” But Mescalero Apache did not rely on this statement, and it is inconsistent with many other decisions, particularly when a treaty is involved.

As to the taxation canon, as early as 1912, in Choate v. Trapp, which involved state taxes, the Supreme Court held that although in the ordinary case “tax exemptions are strictly construed, … in the government’s dealings with the Indians the rule is exactly the contrary.” See also Squire v. Capoeman, in 1956 (federal taxes); McClahanan v. Arizona State Tax Commission, in 1973 (state taxes). Chickasaw Nation v. United States, in 2001, waffled on the issue with respect to federal excise taxes, stating one could not say “the pro-Indian canon is inevitably stronger” than the tax canon, but found that neither canon came into play because the federal statute was clear.

In treaty construction, moreover, express language has never been necessary to exempt Indians from state law off-reservation. Instead, the well-settled rule is that treaties are construed generously in favor of the Indians, as they would have understood them, and that a clear statement is required to remove existing treaty rights. The Supreme Court has frequently applied this rule to prevent state regulation of off-reservation hunting and fishing rights — first with respect to Washington itself in 1905’s United States v. Winans –including by exempting treaty Indians from state fishing-licensing fees.

The Supreme Court does not have to decide these larger issues to resolve the case in the state’s favor. It may simply hold, as the state urges, that the tax is levied on fuel generally, and not on traveling on highways with fuel, and so does not trigger the treaty protection. The United States, writing as amicus curiae, urges a similarly narrow resolution of the case in favor of the state. The U.S. Supreme Court might also agree with the Washington Supreme Court that the particular structure and history of the tax make it a tax on travel, and it might suggest that the state redraft the statute to more clearly tax possession rather than importation. Both resolutions would avoid unsettling existing precedent, which the court may well prefer at this juncture. There may, however, be enough appetite on the reconfigured court to go further and revisit the bedrock principles of federal Indian law.