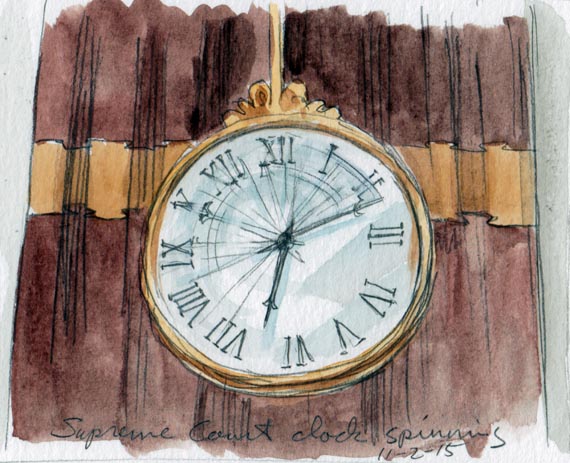 On Wednesday, June 27, Justice Anthony Kennedy announced his retirement from the Supreme Court, effective July 31. Two days later, President Donald Trump told reporters that he would nominate Kennedy’s replacement on July 9, which would give just 12 days from retirement to nomination.

Shortly after Kennedy’s retirement, Senate Majority Leader Mitch McConnell, Republican of Kentucky, promised a “vote to confirm Justice Kennedy’s successor this fall.” Of these past four summer nominees, one was confirmed before the start of the Supreme Court’s next term, two were confirmed in October and joined the bench shortly after the start of the term, and one was rejected.

Roberts’ hearing began on September 12, by which point he had been nominated to chief justice following Chief Justice William Rehnquist’s death. The Senate confirmed him on September 29, and he heard oral argument in the court’s first case of October Term 2005, IBP Inc. v. Alvarez.

Thomas’ hearing began on September 10, but did not conclude until October 13, after Anita Hill made allegations of sexual harassment against Thomas. The Senate confirmed Thomas on October 15, and he took his seat on October 18. He heard his first arguments in the October 1991 term’s November sitting.

The hearing for Souter’s nomination, which came during a midterm-election year, began on September 13. The Senate confirmed him on October 2, and he took his seat on October 9, midway through the October 1990 term’s October sitting.

Bork’s hearing began on September 15. He was never confirmed. As Nina Totenberg wrote for NPR following Bork’s death in 2012, his ultimate rejection by the full Senate on October 23, 1987, “provoked a lasting partisan divide over judicial nominations.”

These four summer timelines are presented in the chart below, along with timelines for the more recent nominations of Neil Gorsuch, Elena Kagan and Sonia Sotomayor. A confirmation hearing starting 48 or 49 days after a July 9 nomination would begin in late August. And because McConnell canceled most of the summer recess, the Senate will return from its abbreviated break on August 13, instead of on September 4 as originally scheduled.

*We start the counter for Gorsuch from the date of Trump’s election (November 8, 2016), not Justice Antonin Scalia’s death (February 13, 2016). President Barack Obama nominated Merrick Garland on March 16, 2016, 32 days after Scalia died. The Senate never held a confirmation hearing or vote.

Posted in Nomination of Brett Kavanaugh to the Supreme Court, Retirement of Justice Anthony Kennedy