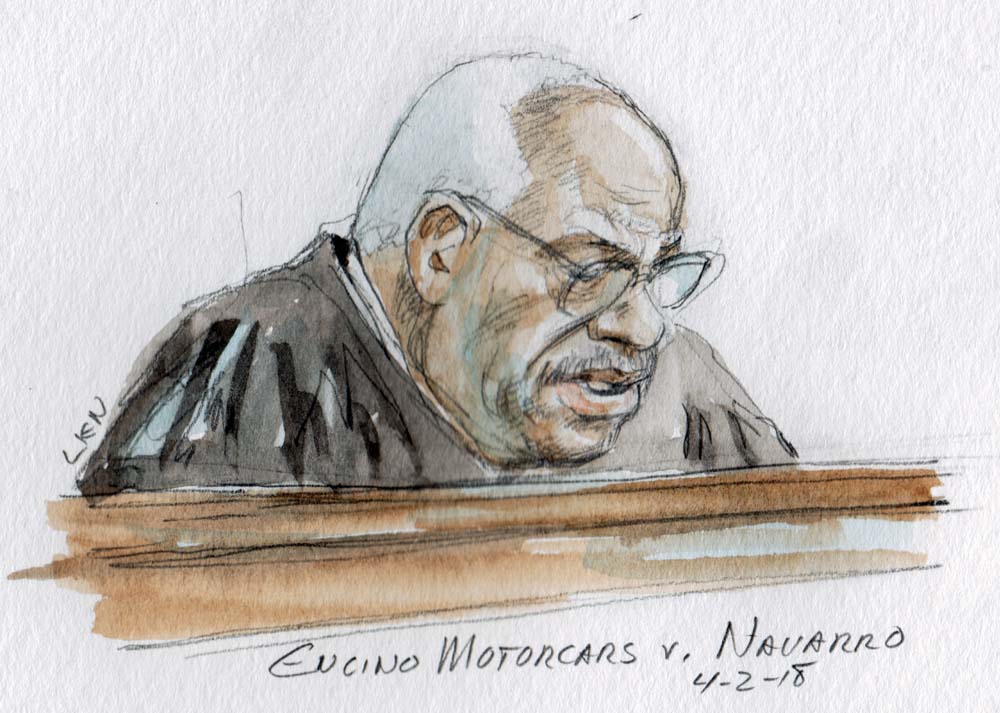 There was no surprise yesterday in the justices’ resolution of Encino Motorcars v. Navarro, holding service advisors at car dealerships exempt from the Fair Labor Standards Act. The argument suggested that the justices would be deeply divided, and it offered no reason to think that the three justices who voted against the service advisors the last time this case was before the court (Chief Justice John Roberts and Justices Clarence Thomas and Samuel Alito) would view the matter any differently this time. Those three, along with Justices Anthony Kennedy and Neil Gorsuch, joined Thomas’ opinion rejecting the contrary ruling of the United States Court of Appeals for the 9th Circuit. Justice Ruth Bader Ginsburg’s dissent garnered the four remaining votes. 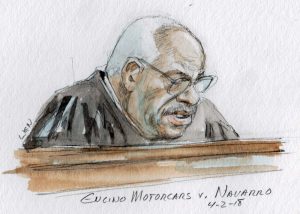 The case involves an exemption from the FLSA’s overtime requirements for employees at car dealerships, an exemption that has waxed and waned for much of the 80 years since Congress first enacted the statute. The problem began in 1961, when Congress amended the FLSA to exempt all employees at car dealerships. Five years later, though, Congress narrowed the exemption, limiting it to “any salesman, partsman, or mechanic primarily engaged in selling or servicing automobiles.” The coverage of service advisors was disputed from the beginning – as they certainly are not “partsmen,” and also do not seem to be salesmen selling automobiles or mechanics servicing them. The Department of Labor initially held that the exclusion did not vitiate protections for service advisors, but the federal courts in a pre-Chevron era marked by less deference to administrative agencies’ interpretations of ambiguous statutes rejected the department’s view. Responding to the unsuccessful litigation, the department acquiesced to the federal-court rulings in 1978, issuing a formal opinion letter excluding service advisors from FLSA protections.

In 2011, however, during President Barack Obama’s first term, the department issued a new regulation reiterating its original view that the exemption did not leave service advisors unprotected. The 9th Circuit upheld that regulation, deferring to the department’s view under Chevron, but the Supreme Court in a 2016 opinion reversed the 9th Circuit, holding that the department’s failure to justify the change of view in 2011 made deference inappropriate. On remand, the 9th Circuit (not getting the message) adhered to its view that the service advisors were protected, this time relying directly on the language of the statute. Predictably enough, that decision led to a second hearing before the justices, culminating in yesterday’s definitive ruling against the service advisors.

Thomas next rejects the idea that the so-called “distributive” canon of statutory construction requires limiting the statutory category of salesman to those who sell cars and limiting the category of mechanics to those who service them – by “distributing” the verbs at the end of the clause (“sell” and “service”) specifically to the nouns at the beginning of the clause (“salesmen” and “mechanics”). Thomas points out that the “disjunctive meaning of ‘or’” is by far the most prevalent and that the distributive canon makes little sense when there are three nouns (“salesmen,” “partsmen” and “mechanics”) to be allocated over the two verbs (“sell” and “service”).

Dropped into the textual discussion is the more colloquial suggestion that “[i]f you ask the average customer who services his car, the primary, and perhaps only, person he is likely to identify is his service advisor.” If the suggestion strikes you as a bit out of place in Thomas’ textual discussion of discursive and distributive readings, I should point out that it well may come from the chief justice – it echoes a folksy comment Roberts made at the argument that “if you over several years dropped your car off whenever … it’s broken and you talk to Fred about getting it fixed, … you would say ‘my service guy is Fred’ and commonly “think of Fred as the person who services your car.” Perhaps Fred is disappointed this morning that he didn’t get a personal mention in the opinion!

The closing pages of the opinion ascend from the details of the text to questions of much greater generality – and import.  First, Thomas considers the 9th Circuit’s reliance on “the principle that exemptions to the FLSA should be construed narrowly.” The five justices in the majority unequivocally “reject this principle as a useful guidepost for interpreting the FLSA.” Quoting one of Justice Antonin Scalia’s last opinions, Thomas explains that “the narrow-construction principles relies on the flawed premise that the FLSA ‘pursues its remedial purpose at all costs.’” Because the “exemptions are as much a part of the FLSA’s purpose as the overtime-pay requirement,” Thomas insists that the court “ha[s] no license to give the exemption anything but a fair reading.” Notably, as Justice Ruth Bader Ginsburg’s dissent emphasizes, Thomas’ discussion of the point does not so much as mention the earlier cases, spanning “more than half a century,” in which the court adopted that principle.

Encino did not seem like a big case at the argument, but my guess is that the closing pages of the opinion will have quite a bit of staying power. FLSA exemptions are frequently litigated, and several of the amici weighed in heavily to emphasize the importance of reaffirming the narrow-construction principle (the view of the National Employment Lawyers Association) or discarding it (the view of the Chamber of Commerce). The end of narrow construction could be sending shock waves through FLSA jurisprudence in the lower courts for years to come. In the same way, the crisp dismissal of legislative silence provides a highly visible passage likely to rack up frequent citations from judges dubious of legislative history.