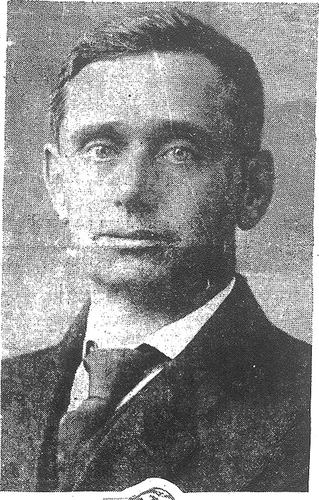 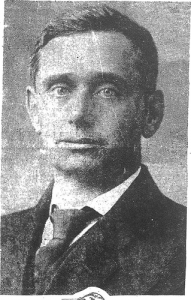 Photo published in the Boston American on January 28, 1916, the day that Brandeis’ nomination to the Supreme Court was announced (Supreme Court Historical Society)

“The challenge in writing about Justice Louis Brandeis,” says Brad Snyder, a historian of the Progressive Era and the author of “The House of Truth: A Washington Political Salon and the Foundations of American Liberalism,” is “that he played things so close to the vest. There’s very little in all the Brandeis scholarship out there about his inner life.”

Biographer Melvin Urofsky, author of “Louis D. Brandeis: A Life,” observes that Brandeis – the co-author of 1890 Harvard Law Review article, “The Right to Privacy,” and a dissenter in Olmstead v. United States, a 1928 Supreme Court decision allowing the federal government to wiretap without a warrant – was “the great apostle of privacy, and he applied it to himself.” He kept his personal life secret.

A newly-recovered dictation about his life that Brandeis made in 1916 to his secretary, Alice Grady – for her use leading a public-relations campaign during his contentious Supreme Court nomination – changes the landscape of Brandeis scholarship. According to Snyder, there’s “a new starting point for writing about Brandeis’ early life.” Jeffrey Rosen, president and CEO of the National Constitution Center and author of “Louis D. Brandeis: American Prophet,” adds that this document is “definitely a very valuable contribution to Brandeis scholarship and reveals sides to him we haven’t seen before.”

Peter Scott Campbell, a librarian at the University of Louisville Brandeis School of Law, found the 26-page document – “what a researcher dreams about” – in preparing “The Quotable Brandeis,” a book of Brandeis quotations. Campbell says that archivists at the Robert D. Farber University Archives and Special Collections at Brandeis University “were surprised” when he showed them what he found.

In its most recent issue, the Journal of Supreme Court History published the complete document, “Notes for a Lost Memoir of Louis D. Brandeis,” with some light editing by Campbell and 91 explanatory footnotes providing helpful contextual information. Campbell writes in an introduction that “as no researcher appears to have seen this document before, many facts and incidents here have yet to make it into any of Brandeis’s biographies.”

When asked about what they find interesting in this material, historians give a wide variety of answers. “As a general matter,” Snyder explains, “when anybody ever narrates his or her life story, the events they choose are illuminating.” “Brandeis felt like he had been accepted by the Boston Brahmin class as one of them,” Snyder continues, “and the pain he felt when they turned on him” during his Supreme Court nomination shows that “beneath the case-oriented people’s lawyer was a real person who had struggles.” Snyder contrasts this revelation with many of the previously published letters of Brandeis, which “read like bullet points” and in which “he never talks about thoughts and feelings, trials, tribulations, or challenges.”

Susan Pasternack, author of “Justice Louis Dembitz Brandeis: Guided by the Light of Reason,” was “struck by both the immediacy and ordinariness of the account, and its ‘as told to’ nature. Though Brandeis drops names with the best of them, from prominent members of the Harvard faculty to the leaders of Boston’s cultural and judicial life, and overwhelms with a characteristic deluge of facts and figures, look a little closer and the essence of the man shines through.”

Rosen agrees that the dictation conveys Brandeis’ voice, calling this a “remarkably non-defensive document” without “a lot of spin to it.” Rosen, who in his biography explores Brandeis’ role in the Zionist movement, sees in Brandeis’ “energetic efforts” to raise money for causes at Harvard Law School a precursor to his work for a Jewish homeland in Israel. Rosen also hadn’t realized that Brandeis’ family traced its ancestry all the way back to Portuguese Jews who settled in Amsterdam after being expelled from Portugal during the Inquisition.

For Rosen, other “truly illuminating” aspects of “this fascinating fragment” include the influence the financial troubles of Brandeis’ father had on the future justice, who never invested in the stock market and spent much of his career fighting monopolies. According to Brandeis, the family’s losses during the Panic of 1873 “had for me, and I think for my brother, the greatest advantages, and I have attributed my own attitude toward money and life a good deal to the fortunate circumstances of my father’s troubles.”

For Urofsky, this document solves a very specific question about how Brandeis obtained certain funds to pay for law school. In a 1980 biography, “Brandeis of Boston,” Allon Gal writes that Brandeis provided a bond from a Boston financier to the law school as a surety. In researching his own biography of Brandeis, Urofsky never located any primary-source documentation for this assertion. But in this new material, Brandeis reports that Jacob Hecht – identified in a Campbell footnote as “one of the leaders of the Boston Jewish community” – provided a $400 bond for the young law student.

Three items stand out for Campbell, the librarian who found the document. As a student in Germany, Brandeis, along with other American students, resisted bowing to certain teachers, which for Campbell shows Brandeis’ emerging libertarian spirit. Rosen compares this incident to an anecdote in Rosen’s biography in which Brandeis, reprimanded for whistling in Germany, complains, “In Kentucky you could whistle.”

Campbell also highlights how the document reveals substantial health problems Brandeis carefully monitored throughout his life. These health problems – which Rosen also “hadn’t realized the extent of” – contributed to Brandeis’ austere way of living. According to Brandeis, because of health issues: “I, who had been a singularly sociable individual, began to find that if I wanted to do my work I must withdraw. I used to go practically into retreat. My habit of avoiding people was not that I was not sociably inclined, but it was a question of doing one thing or another. So I began to lead a pretty solitary life.”

With this discovery, Campbell, who has also published essays written by Justice John Marshall Harlan, finds his research come full circle. Reading the document, Campbell was surprised to find out that Brandeis considered Harlan’s daughter Edith “a very intimate friend.”