Empirical SCOTUS: Not all appeals are equal 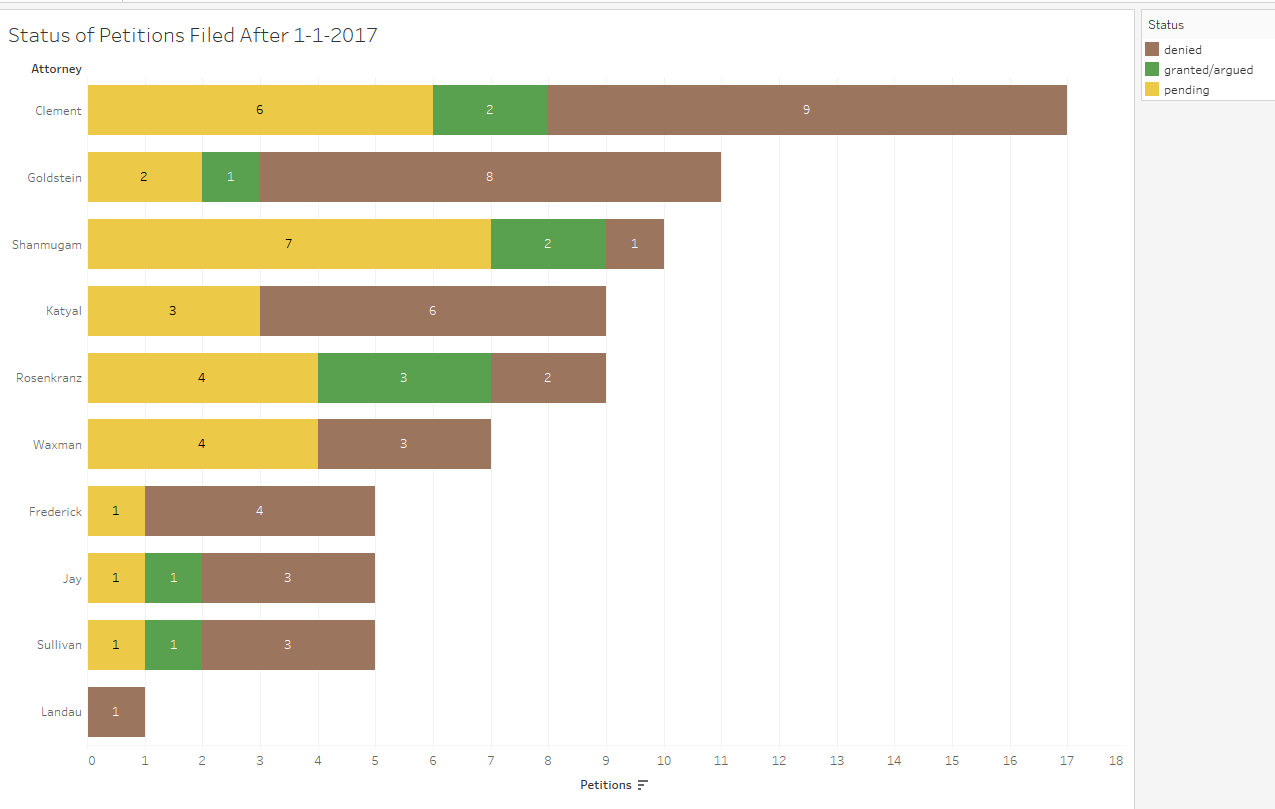 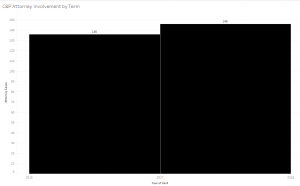 Which attorneys made Chambers’ list and in how many cases were they involved? The following figure ranks the attorneys who participated in Supreme Court cases over the past two terms by total number of cases. 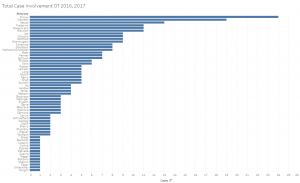 The individuals in this figure were involved in cases as amici and merits attorneys. As we will see, some of these attorneys were disproportionately involved at one level or the other, while others had a mix of involvement. For instance, the top attorney by case involvement, Andrew Pincus of Mayer Brown, reached this position primarily through amicus participation. 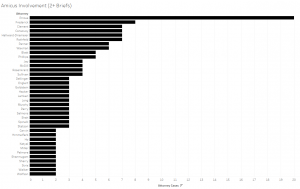 With his involvement in 20 amicus briefs across these two terms, Pincus accounts for more than double the participation of the next most involved amicus attorney in the list, David Frederick. Pincus’ amicus participation runs the gamut from representing E-Bay in the recently argued South Dakota v. Wayfair to representing the Chamber of Commerce in Lucia v. Securities and Exchange Commission, which will be argued next week.

Other attorneys on the amicus list, including David Frederick and Paul Clement, were also involved in a large number of cases at the merits level. 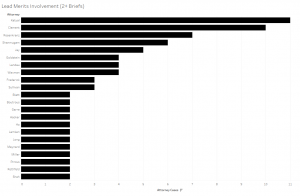 With 11 cases, Neal Katyal’s involvement in merits cases over the past two years surpasses that of Clement, Frederick, and all of the other attorneys on Chambers’ list. Katyal’s merits activity includes his representation of Hawaii in the highly anticipated case of Trump v. Hawaii. Clement recently argued on behalf of the winning party in Encino Motorcars v. Navarro. Rounding out the five most involved attorneys at the merits level are Orrick’s Josh Rosenkranz, Williams & Connolly’s Kannon Shanmugam and Goodwin’s William Jay.

The level of participation from these 66 attorneys was far from equal across cases. Certain high-profile cases led to the involvement of greater numbers of these attorneys. Still, there are cases involving several of these attorneys that might be somewhat surprising. 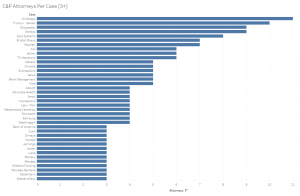 The case involving the most attorneys from Chambers’ list over the past two terms was the patent case Oil States Energy Services v. Greene’s Energy Group. Although Oil States has not received as much coverage in the popular press as other cases like Masterpiece Cakeshop v. Colorado Civil Rights Commission, the possible repercussions of this ruling for many businesses created large stakes for powerful entities affected by patent litigation. The travel-ban case – Trump v. Hawaii – ranks second on the list, followed by Gloucester County School Board v. G.G., in which the Supreme Court vacated and remanded the lower court’s decision based on the federal government’s change of position.

The next figure looks at cert petitions granted, denied or pending since January 1, 2017 involving the attorneys shown in the previous figure who were involved in at least three merits cases. The numbers are based on the dockets in which they filed cert petitions. This figure should be taken with a grain of salt, because it encapsulates a specific moment in time. Some of the pending petitions could be granted or denied in the near future, shifting the composition of this figure substantially. 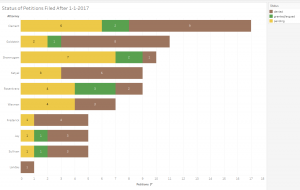 This figure has some overlap with the previous figure, because the granted cases were predominantly already argued. Nonetheless we see that even with their success, these attorneys file a fair share of petitions that are denied. We also see that almost all of the attorneys on this list have current petitions in the pipeline. Kannon Shanmugam has the most pending petitions of this group, followed by Paul Clement. Suffice it to say that this group should be quite involved in forthcoming Supreme Court cases and petitions.