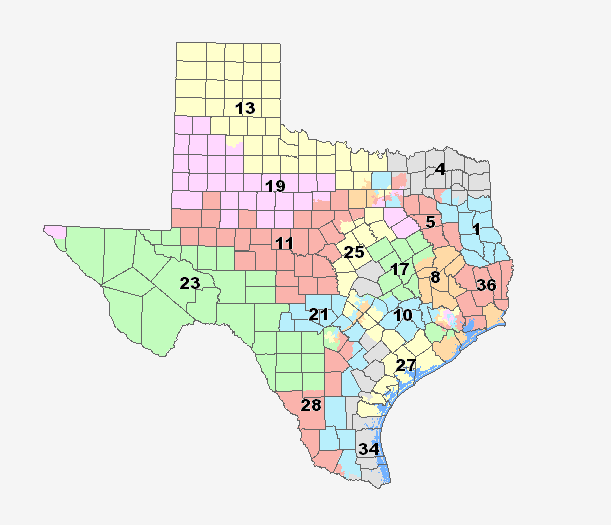 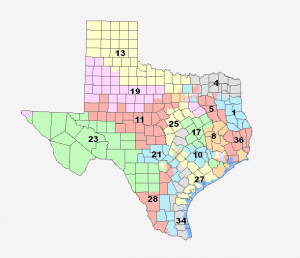 Since October, the Supreme Court has heard oral argument in two major redistricting battles, involving allegations of partisan gerrymandering in Wisconsin and Maryland. When the justices take the bench next Tuesday, they will hear oral argument in a third redistricting dispute, this time involving allegations that Texas lawmakers drew federal congressional and state legislative districts that harmed some of the state’s black and Hispanic residents.

The tale of the two cases known as Abbott v. Perez is a long and complicated one. It began in 2011, when Texas’ Republican-controlled legislature began redistricting in the wake of the 2010 census, which indicated that Texas had gained over four million new residents, who were predominantly minorities; that population growth meant that the state would get four new seats in the U.S. House of Representatives.

But the plan that the legislature created never went into effect. A three-judge district court (the normal forum for redistricting challenges) in Texas blocked the state from using its new plans for both its congressional and state legislative districts, instead creating its own plans for the state to use in the 2012 elections. The state then went to the Supreme Court, where it argued that the district court, in formulating its interim plans, should have given more deference to the state’s plans.

In 2017, the district court ruled on the challenges to both the 2011 and 2013 maps. First, it held that portions of the 2011 plans violated the Voting Rights Act, the Constitution, or both. It concluded that one federal congressional district diluted the votes of Hispanic residents, while the other was an unconstitutional racial gerrymander. And it found that the state legislature had intentionally diluted the votes of minority residents in formulating the state legislative plan. The district court emphasized that the parts of the 2011 plan that it “found to be discriminatory or unconstitutional racial gerrymanders continue unchanged in the 2013 plans.” This meant, it reasoned, that the adoption of the 2013 plans perpetuated that discrimination and was “not an attempt to adopt plans that fully complied with” the Voting Rights Act and the Constitution, but instead “a litigation strategy designed to insulate” both plans from any more legal challenges. The state appealed, and the Supreme Court announced in January that it would weigh in.

Before the justices can rule on the merits of the challenge, they must first decide whether the court has the authority to hear the cases at all. The challengers maintain that it does not, because federal law only gives the Supreme Court the power to hear appeals from three-judge district court orders that either grant or deny an injunction. Here, they argue, the district court determined that violations of the Voting Rights Act and the Constitution exist, but it never granted or denied an injunction. Allowing states to take their case to the Supreme Court whenever a district court rules against them on a redistricting question, even if it has not yet issued an injunction, the challengers warn, “virtually guarantees that this Court will see recurrent appeals in redistricting cases.”

Turning to the merits of its case, the state emphasizes that the 2013 maps simply adopted the interim maps imposed by the district court itself in the wake of the Supreme Court’s 2012 decision, which “instructed the district court to draw interim maps for Texas’s 2012 elections that do not violate the Constitution or the Voting Rights Act.” Given this history, the state contends, it cannot be the case that the legislature was intentionally discriminating against minority voters when it enacted the maps that the district court had ordered it to use.

Next week’s argument is not even the court’s first encounter with the cases this term. In September, the justices blocked the lower court’s orders invalidating two congressional districts and the state legislative maps, which had given the Texas governor three days to decide whether to call a special session of the legislature and directed the state to be ready to redraw the maps by early September. To the extent that the justices’ decision to put the lower-court orders on hold reflects their views on the case, it suggests that at least five of them may have seen merit to the state’s arguments. The court’s four more liberal justices – Justices Ruth Bader Ginsburg, Stephen Breyer, Sonia Sotomayor and Elena Kagan – all indicated that they would have denied the state’s request, which will likely make for an interesting and fast-paced argument.