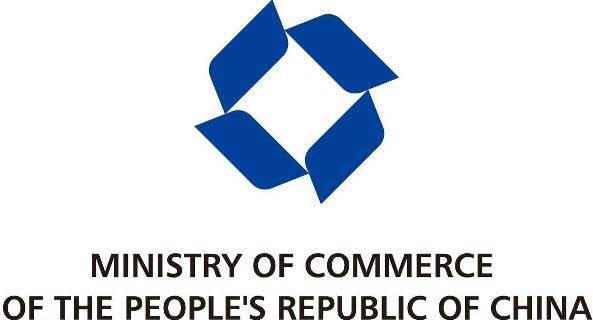 In his 2015 book, “The Court and the World,” Justice Stephen Breyer discusses what he describes as the “new challenges imposed by an ever more interdependent world.” As the Supreme Court “is called upon to consider foreign realities,” he observes, it will face a variety of “institutional challenges” – including how to “obtain the information about foreign law, legal practices, and circumstances that will allow it to reach sound legal decisions.” When the justices hear oral argument next week in Animal Science Products v. Hebei Welcome Pharmaceutical Co., they will consider a question that is closely related to the challenge that Breyer notes: How much weight should U.S. courts give to a foreign government’s characterization of its own laws?

The dispute now before the Supreme Court began back in 2005, when Animal Science filed a lawsuit alleging that Hebei Welcome and other Chinese manufacturers had fixed the prices of the Vitamin C that they exported to the United States, in violation of U.S. antitrust laws. Hebei Welcome countered that Chinese law required the companies to agree on their prices and quantities – an assertion supported by the Chinese ministries that regulate trade, which filed a “friend of the court” brief making the same point. Animal Science pushed back, telling the federal trial court that the agreement on Vitamin C was a purely voluntary one, in which the government had not played any role. The trial court declined to defer to the Chinese government’s position, concluding that it did “not read like a frank and straightforward explanation of Chinese law” but rather “like a carefully crafted and phrased litigation position.” It allowed the case to go to the jury, which ruled for Animal Science, and the trial court awarded the company nearly $150 million in damages.

The U.S. Court of Appeals for the 2nd Circuit reversed and sent the case back to the trial court with instructions to dismiss the claims. It explained that, when a foreign government “directly participates” in a case in U.S. courts by providing sworn evidence “regarding the construction and effect of its laws and regulations, which is reasonable under the circumstances presented, a U.S. court is bound to defer to those statements.” Animal Science asked the Supreme Court to weigh in, which it agreed to do earlier this year.

The central issue in the case is whether and to what extent courts should defer to a foreign government’s characterization of its own law. Animal Science urges the justices to overturn what it describes as the 2nd Circuit’s “rigid and arbitrary deference rule,” arguing that federal courts should not “surrender their duty or discretion to interpret foreign law accurately simply because a foreign sovereign appears with an amicus brief.” That “binding deference” rule, Animal Science emphasizes, is inconsistent with Federal Rule of Civil Procedure 44.1, which allows federal courts to consider “any relevant material or source” to determine what foreign law requires. Rule 44.1, Animal Science contends, “was designed to afford federal courts maximum flexibility in determining foreign law”; the 2nd Circuit’s “binding deference” rule would “turn Rule 44.1 on its head by privileging foreign sovereign submissions above all other sources of foreign law, without respect to the accuracy, merit, or persuasiveness of the submission.”

Nor, Animal Science continues, do the Supreme Court’s earlier cases require the kind of “binding deference” standard that the 2nd Circuit adopted. Although the 2nd Circuit relied on the Supreme Court’s decision in United States v. Pink, a 1942 dispute over the assets held by the New York branch of a Russian insurance company that had been nationalized by the Russian government, in which the Supreme Court regarded an official declaration from the Russian government as “conclusive,” that reliance was “misguided,” Animal Science suggests, because Pink “is a narrow decision that did not adopt a broad prospective rule of deference.” And as far as Animal Science is aware, courts in other countries do not regard a foreign government’s interpretation of its own law as legally binding.

Finally, Animal Science cautions that if the 2nd Circuit’s decision is allowed to stand, plaintiffs in future antitrust cases or even in cases against foreign governments will face an uphill battle. A foreign government can simply submit a brief that characterizes its own laws in a way that favors the defendant – for example, by indicating that the foreign laws required the defendant to violate U.S. antitrust laws – and U.S. courts will have to accept that submission. Indeed, Animal Science posits, a ruling for Hebei Welcome could even prompt foreign governments to bring lawsuits in U.S. courts that they could not win in their own countries, because they would know that their interpretation of their own laws would govern.

Hebei Welcome pushes back against Animal Science’s characterization of the 2nd Circuit’s rule as one of “binding deference” whenever a foreign government appears in a case to offer an interpretation of its own laws. Instead, the company tells the justices, the 2nd Circuit merely ruled that when a foreign government participates directly in a proceeding in a U.S. court, the U.S. court should defer to that government’s interpretation of its laws as long as that interpretation “is reasonable under the circumstances presented.” Such a standard is especially appropriate, Hebei Welcome reasons, in “cases such as this that involve a legal system that sharply diverges from our own, with concepts” that lack “close counterparts in Western legal traditions.” This standard also does not break any new ground, Hebei Welcome stresses, but is instead entirely consistent with Pink, in which the Supreme Court ruled that the “official declaration of the Soviet Commissariat, which had the power to interpret existing Russian law, was conclusive as to the meaning of a Russian expropriation decree.” More broadly, Hebei Welcome continues, Animal Science has not pointed to any cases in which the Supreme Court has “rejected (or even questioned) a foreign government’s explanation of its own law.” Rather, the company contends, the Supreme Court has “consistently framed its holdings to accord with the explanations of foreign sovereigns, implicitly treating them as correct.” Moreover, the company adds, nothing about the lower court’s standard conflicts with Rule 44.1, which “was designed to end unpredictable factual inquiries in favor of more orderly resolutions made as a matter of law.” “There is no incompatibility,” Hebei Welcome emphasizes, “in saying that, within the determination of this question of law, all sources should be considered but the official submission of a foreign government should be followed if not unreasonable.”

Hebei Welcome predicts that adopting a contrary rule would “inject tremendous uncertainty into litigation over the meaning of foreign law and invite district courts to impose American-style legal analysis on foreign regimes whose cultural contexts and legal norms may differ radically from our own.” And the company rejects the idea that foreign governments might try to “shield” their companies from liability under U.S. law by providing U.S. courts with inaccurate interpretations of foreign law. Hebei Welcome notes that Animal Science has neither cited an example of such a scenario happening in real life nor explained “why the Second Circuit’s requirement that any interpretation be supported and reasonable fails to protect against such a manipulation.”

A rule that does not defer to reasonable explanations by foreign governments also runs the risk, Hebei Welcome warns, of creating conflicts among countries. That is precisely what happened in this case, the company notes: After the district court issued its ruling, in which it declined to defer to the Chinese government’s characterization of Chinese law, the Chinese government “formally protested its treatment in a diplomatic note to the U.S. Department of State that emphasized the great importance that China attaches to this case and to the degree of respect that its official statement receive in foreign courts.” And, the company adds, the 2nd Circuit’s approach is “eminently practical”; by contrast, Animal Science’s proposed rule would put people and companies between a rock and a hard place, because a foreign government could tell them that they must do something and U.S. courts could then conclude that the foreign government’s interpretation of domestic law is wrong.

When the case is argued next week, the justices will hear not only from lawyers for Animal Science and Hebei Welcome, but also from lawyers for both the U.S. and the Chinese governments. The U.S. government is supporting Animal Science, telling the justices that although federal courts should normally give a foreign government’s views “substantial weight,” “the ultimate responsibility for determining the governing law lies with the court.” Once again supporting Hebei Welcome, the Chinese government denounces the “smear campaign” conducted by Animal Science and its supporters and explains that deference is often essential because the “tools, doctrines, and intuitions that serve American judges so well in interpreting U.S. law are frequently unhelpful or even misleading when it comes to foreign law.” “Plain-language analysis of translated materials is treacherous,” it suggests, “and may not accord with foreign interpretive principles. Secondary sources may not exist in English. And expert testimony frequently comes with a partisan spin.” Even with four different attorneys appearing, the justices have only allotted 60 minutes for the argument – which should make for a lively discussion.