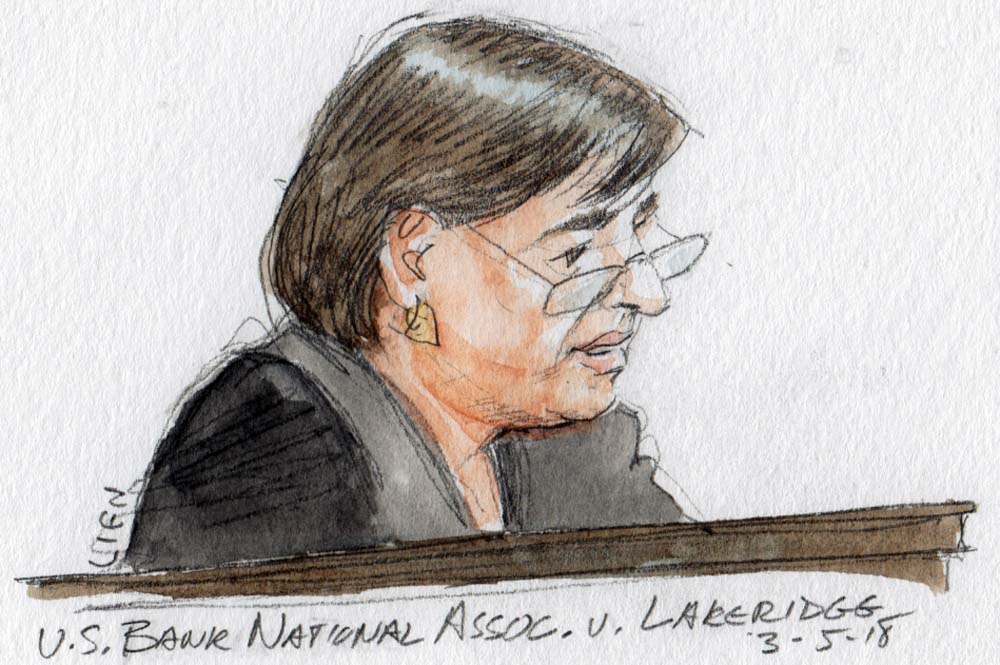 In all likelihood, this morning’s decision in U.S. Bank N.A. v. Village at Lakeridge will turn out to make the smallest change in the law of any opinion the Supreme Court hands down this year. For one thing, the issue in the case is quite narrow. The dispute involves whether an individual who purchased an obligation of a bankrupt debtor is an “insider” of the debtor, a determination that is important in a variety of contexts in the Bankruptcy Code. But even that question – not one of earth-shattering significance even to bankruptcy lawyers – is not directly before the justices. The question for the justices is an even narrower one: what standard of review an appellate court should apply when reviewing a trial court’s determination that a particular individual is (or is not) an insider. 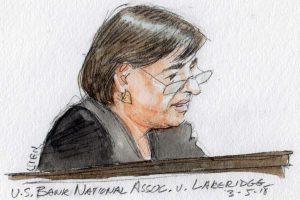 A little factual background will clarify the problem. Like most bankrupts, the debtor in this case (respondent Village at Lakeridge) owed money to a variety of entities. One of them was its sole owner MBP Equity Partners (owed about $2.75 million). As the debtor’s sole owner, MBP plainly was an insider of the debtor. In connection with efforts to gain approval of a plan to reorganize the debtor, it was expedient to transfer the debt held by MBP to a third party that was not an insider. To that end, Kathleen Bartlett (an executive of both MBP and the debtor) approached a retired surgeon named Robert Rabkin; Rabkin’s salient characteristics were wealth and a lack of any prior connection to MBP or the bankrupt. Rabkin agreed to buy the debt owed to MBP for $5,000 and proceeded to vote in favor of the proposed plan as a non-insider creditor.

The other large creditor (petitioner U.S. Bank) objected, arguing that the transaction was a sham and pointing to a pre-existing romantic relationship between Rabkin and Bartlett. If Rabkin had been an officer or director of the debtor, Rabkin’s status as an insider would have been undisputed; the statute includes a list of specific relationships that carry insider status. But because Rabkin had no formal relationship with the debtor, the bankruptcy court had to consider whether the particular relationship was close enough to make him an “unenumerated” insider. The bankruptcy court held an evidentiary hearing at which it received testimony from Rabkin and Bartlett, after which it concluded that Rabkin in fact was not an insider, based on its finding that Rabkin and Bartlett negotiated the transaction at arm’s length.

The U.S. Court of Appeals for the 9th Circuit treated the determination like a factual finding, and what we learned from Justice Elena Kagan’s opinion for a unanimous court this morning is that the Supreme Court agrees with the court of appeals. The opinion proceeds like the peeling of an onion, with Kagan meticulously working through layers of the controversy as to which the parties agree, with a view to laying bare the remarkably narrow point on which they disagree – a strategy that underscores the remarkably narrow holding that the opinion provides. The opinion structures the process around a series of “three kinds of issues” that confront a bankruptcy judge deciding whether a creditor is an unenumerated insider – “the first purely legal, the next purely factual, and the last a combination of the other two.”

The first of the three is the legal test to determine whether the creditor is an insider. All agree that the selection of a legal test is reviewed without any deference at all – what courts call “de novo” review. And all agree that the case does not present a dispute about what the proper legal test is – because the justices declined to review that question. Accordingly, Kagan simply describes the legal standard that the court of appeals applied, emphasizing that the Supreme Court is offering no opinion as to whether it is a good standard. Under that standard, Rabkin would be an insider if two things were true: His relationship with the debtor was similar to the enumerated statuses; and the transaction was at “less than arm’s length.” SPOILER ALERT: If you read all the way to the end of the post you’ll learn that some of the justices doubt the coherence of that standard.

The second of the three issues for the bankruptcy court to resolve, Kagan explains, calls for findings of “historical” fact – “questions of who did what, when or where, how or why.” Again, all agree that the court of appeals reviews factual findings with deference (under what courts call a “clearly erroneous” standard); no party challenges any of the particular historical facts at issue here.

The third of the three issues requires the bankruptcy court to compare the historical facts about Rabkin, Bartlett, MBP and the debtor (found at step two) to the legal test (selected at step one) and decide whether Rabkin was an insider. Here, the bankruptcy court determined he was not an insider because the transaction did proceed “at arm’s length,” a so-called “mixed question” of law and fact. And so we finally reach the question that Kagan’s opinion resolves: “What is the nature of the mixed question here and which kind of court (bankruptcy or appellate) is better suited to resolve it”?

Kagan’s resolution of the question reads like a civil-procedure treatise, blandly working through considerations that guide the development of an efficient process of judicial administration, leading toward the conclusion that this particular question is best left in the hands of the court that saw and heard the witnesses. She starts by noting that “[m]ixed questions are not all alike,” that courts often review mixed questions de novo when they “require courts to expound on the law, particularly by amplifying or elaborating on a broad legal standard.” Conversely, courts use the clearly erroneous standard for mixed questions that “immerse courts in case-specific factual issues,” described “emphatically if a tad redundantly” in an opinion authored by the late Justice Antonin Scalia as “multifarious, fleeting, special, narrow facts that utterly resist generalization.” In sum, Kagan explains, “the standard of review for a mixed question all depends on whether answering it entails primarily legal or factual work.”

Choosing between those two characterizations of the issue at hand, Kagan picks the latter. For Kagan, the basic question here was whether “[g]iven all the basic facts found, Rabkin’s purchase of MBP’s claim [was] conducted as if the two were strangers to each other.” Because “[t]hat is about as factual sounding as any mixed question gets,” the court of appeals got it right when it opted for clearly erroneous review:

Just to describe that inquiry is to indicate where it primarily belongs: in the court that has presided over the presentation of evidence, that has heard all the witnesses, and that has both the closest and deepest understanding of the record—i.e., the bankruptcy court.

All nine of the justices joined Kagan’s opinion; the closest thing to a disagreement among the justices was a concurring opinion from Justice Sonia Sotomayor (joined by Justices Anthony Kennedy, Clarence Thomas and Neil Gorsuch) suggesting grave doubts about the coherence of the 9th Circuit’s standard for assessing unenumerated-insider status. Even Sotomayor, though, agrees that resolving the propriety of that standard is not a task that warrants the Supreme Court’s attention.

As I suggested above, the opinion resolutely steers clear of breaking significant ground in bankruptcy law or policy. Still, it well might have more staying power than you might expect – my guess is that the short, succinct and lucid analysis of mixed questions of law and fact will end up being quoted frequently in future contexts far removed from the bankruptcy dispute resolved today.