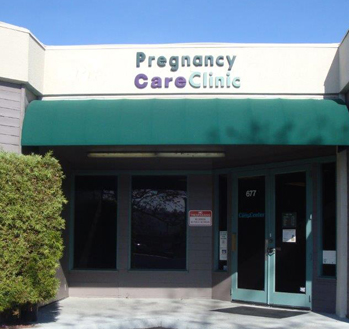 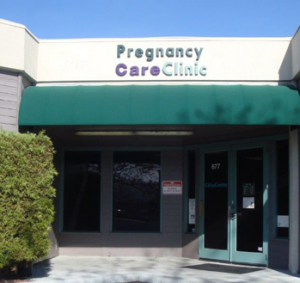 [Editor’s note: An earlier version  of this post ran on December 11, as an introduction to this blog’s symposium on National Institute of Family and Life Advocates v. Becerra, as well as at Howe on the Court, where it was originally published.]

In 2015, California lawmakers enacted the Reproductive Freedom, Accountability, Comprehensive Care, and Transparency Act. The law, known as the Reproductive FACT Act, responded to concerns that crisis pregnancy centers – nonprofit organizations, often affiliated with Christian groups, that are opposed to abortion – were posing as full-service reproductive health clinics and providing pregnant women with inaccurate or misleading information about their options.

The act imposes two different sets of requirements. Nonprofits that are licensed to provide medical services (such as pregnancy tests and ultrasound examinations) must post notices to inform their patients that free or low-cost abortions are available and provide the telephone number of the state agency that can put the patients in touch with providers of those abortions. Centers that are not licensed to provide medical services – but try to support pregnant women by supplying them with diapers and formula, for example – must include disclaimers in their advertisements to make clear, in up to 13 languages, that their services do not include medical help. California’s attorney general and local-government lawyers can sue facilities that don’t comply with the law; the penalty is a $500 fine for the first offense and $1000 for any later violations.

The centers went to court, arguing that the law violates the First Amendment. First, they contended, requiring medical centers to post signs containing a phone number for information about low- or no-cost abortions is at odds with the anti-abortion message they want to convey. Moreover, they said, the law requires only groups that are opposed to abortion to relay the message, singling them out based on their views. Second, they asserted, the disclosures required for centers that are not licensed to provide medical services have two undesirable effects: The disclosures are so extensive and burdensome “that it is difficult, if not impossible, for unlicensed centers to advocate their own pro-life message in most media”; and those centers are compelled to “begin their expressive relationship with an immediate unwanted or negative message that crowds out and confuses their intended message.”

A federal district court rejected the centers’ arguments, and the U.S. Court of Appeals for the 9th Circuit affirmed. Next week the Supreme Court will hear oral argument on whether the disclosures required by the law violate the First Amendment’s free speech clause.

The centers are represented by lawyers for the Alliance Defending Freedom, which also played key roles in (among others) two recent high-profile cases: Masterpiece Cakeshop v. Colorado Civil Rights Commission, the case of a Colorado man who says that requiring him to create custom cakes for same-sex weddings would violate his religious beliefs; and Zubik v. Burwell, a challenge by religious nonprofits to the workarounds offered to those who objected to the Affordable Care Act’s birth-control mandate. They argue that the 9th Circuit should have used the most stringent test – known as “strict scrutiny” – to review the Reproductive FACT Act’s constitutionality because the law is based on the content of the centers’ speech and discriminates based on their viewpoint.

When that standard is used, the centers contend, the law cannot survive. It places enormous burdens on the centers, even though California has not provided any evidence suggesting that the centers are actually causing any harm, and it applies to all pregnancy centers, even if they are not doing anything misleading. If the state were truly concerned that pregnant women aren’t getting information about state-funded options, the centers conclude, it could publicize that information itself.

California counters that the act targets two problems: Women who can’t afford medical care aren’t aware of the publicly funded options available to them, and when they go to these centers they are often confused about whether they are getting care and advice from medical professionals. The notices that the medical centers are required to provide, the state argues, fall “well within the First Amendment’s tolerance for the regulation of the practice-related speech of licensed professionals.” And the notices that the unlicensed centers must provide, the state continues, are permissible to prevent confusion about the nature of their care.

The federal government filed a “friend of the court” brief that splits the difference. The government agrees with the centers that the notices required for licensed medical centers violate the First Amendment. The Supreme Court doesn’t need to decide, the government tells the justices, whether these notices should be reviewed under strict scrutiny or simply a heightened form of scrutiny, because they fail even under less restrictive heightened scrutiny: The clinics have a strong interest in not having to promote services that someone else provides and they find “morally repugnant,” while the state has not demonstrated any real need to make the clinics themselves provide the information. If it is truly that important, the government suggests, the state could do its own advertising.

But the federal government agrees with California that the notices for the unlicensed centers do not violate the First Amendment. The government reasons that the notices simply require the centers to “disclose an accurate, uncontroversial fact about their own services: that they are not provided by a state-licensed medical professional.” And even if the regulation of these notices is subject to a heightened form of scrutiny, the government continues, it can still survive because California does have a strong interest in making sure that women know whether pregnancy-related services like ultrasounds are being offered by medical professionals. The government acknowledges that concerns about having to provide the disclosures in multiple languages are “significant,” but it concludes that the justices do not need to address this question because the lower courts did not do so.

The justices are expected to issue their decision by the end of June. Their ruling could have ripple effects well beyond California: As Dahlia Lithwick and Mark Joseph Stern have observed at Slate, over a dozen states have laws that are intended to discourage women from having abortions by requiring abortion providers to tell their patients, for example, that there is a link between abortion and breast cancer or that abortion increases the risk of suicide. It is not clear what a ruling for the centers in this case would mean for those laws, but the potential parallels mean that a lot of people will be watching this case closely.