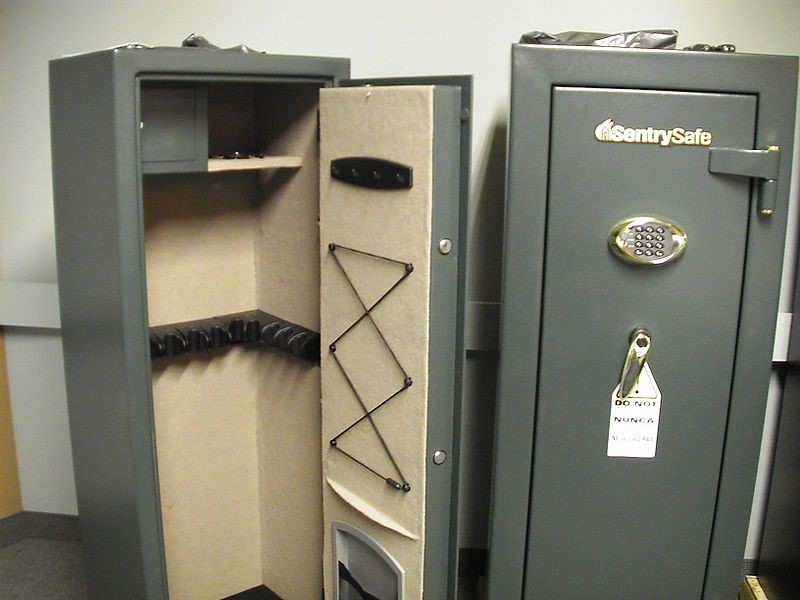 Virginia tried Currier first on the breaking-and-entering and larceny charges and he was acquitted. After his acquittal, he moved to bar the second trial on the ground that in acquitting him, the jury at the first trial had resolved the question of whether he had participated in the burglary in his favor. He argued that the collateral-estoppel component of the double-jeopardy clause, as defined in the seminal case of Ashe v.  Swenson, prohibited relitigation of that issue at a second trial. The collateral-estoppel doctrine – also known as issue preclusion — provides that when an issue of ultimate fact is finally decided by an acquittal, relitigation of that issue is barred by the double-jeopardy clause. The trial court denied the motion and Currier was convicted of the felon-in-possession charge.

The Virginia Court of Appeals affirmed the conviction. It held that the core concern of the double-jeopardy clause – the prevention of prosecutorial oppression and overreaching —  is “not present when a trial proceeds on a charge that was severed from a combined original group of charges with the defendant’s consent and for his benefit.” The Virginia Supreme Court affirmed. In his petition for certiorari to the Supreme Court, Currier asked the justices to decide whether a defendant who consents to separate trials waives his right to the issue-preclusive effect of an acquittal. The eight lower courts that have addressed the waiver issue have split down the middle on this issue.

Currier argues that the core protection of the double-jeopardy clause guards against retrial following an acquittal, the basis for the issue-preclusion line of cases, and that Ashe and its progeny would preclude trying him on the charge of possessing guns during a burglary, because a jury has already determined that he did not take part in the burglary. He also argues that consenting to separate trials to avoid the clear prejudice that would result from “joining charges that permit the prosecution to introduce evidence of a prior conviction with charges that do not” does not automatically waive the issue-preclusive effect of an acquittal. In an amicus brief in support of Currier, the Cato Institute makes the additional argument that failure to apply the collateral-estoppel bar deprives the jury of its proper democratic role of deciding the facts.

For its part, Virginia, supported by amicus briefs from the federal government and 21 states, argues that Currier’s consent to sever the charges waived his right to invoke the issue-preclusive effect of his acquittal. The state also argues that Currier has failed to show that the jury at his first trial determined an issue of ultimate fact necessary to his second trial because the jury could have concluded that he did not participate in the actual break-in but had been at the scene and handled the weapons.

The parties’ arguments in this case reflect the court’s uncertainty about the scope of the terse double-jeopardy protection. Historically, the court has wavered between broad and narrow interpretations, reversing or overruling decisions within a short period of time. The collateral-estoppel component has been particularly challenging. In 1970, in Ashe, the Supreme Court first held that collateral estoppel bars a second trial after a jury has determined an issue of ultimate fact in the defendant’s favor. Ashe had been charged with robbing six poker players and was initially brought to trial on the charge of robbing one of them. At trial, it was clear that the robbery had occurred and that property had been taken, but the state’s case was weak on whether Ashe was one of the robbers. The Supreme Court ruled that the jury’s acquittal of Ashe for the robbery of one poker player barred a second trial for the robbery of another player in the same game, because the first jury had determined that Ashe was not one of the robbers. As precedent, Ashe has been criticized, based in part on its unique facts and on what has come to be viewed as its superficial analysis – an example of the due-process incorporation cases from that era.

Until Yeager v. United States, in 2009, the court did not venture beyond its holding in Ashe, reversing twice, in Turner v. Arkansas and Harris v. Washington, based on a narrow application of that precedent. In Yeager, the court held that when a jury returns a mixed verdict acquitting a defendant of some charges and failing to agree on other charges, the fact of the hung jury does not interfere with the acquittal’s otherwise preclusive effect. In that situation, retrial on the mistried counts is prohibited. In a sense, then, the court changed course in Yeager and broadened the reach of the collateral-estoppel protection. In its next decision on this issue, however, last term in Bravo-Fernandez v. United States, the court refused to extend Yeager to a mixed-verdict case in which convictions on some counts were vacated rather than mistried.

The court also has been inconsistent in construing the purposes of the double-jeopardy protection, whether in clarifying the scope of the “same offense” language in the Fifth Amendment, outlining the prohibition against multiple punishments, or defining an acquittal. Yeager is one example. To be sure, as the court below held and Virginia argues, and as the court itself has recognized, one purpose of the double-jeopardy clause is to protect against government oppression. Yet the Yeager court applied collateral estoppel to bar a second trial even though the government had not sought separate trials of different charges, but had brought all of the charges together. In Yeager, the absence of a tactical decision to try charges separately did not prevent the application of collateral estoppel to bar the second trial. The court has expressed concern about the proliferation of available statutory charges and the opportunity for and extent of government overcharging. And, in Yeager and other cases, the court has consistently protected the finality of an acquittal regardless of whether the acquittal was erroneous or the result of any government overreaching.

Against this backdrop, Currier argues that the right to issue preclusion recognized in Ashe is distinct from the right against successive prosecution, which might arguably require government oppression; rather, issue preclusion focuses on one of the core double-jeopardy protections – preserving the integrity of an acquittal. According to Currier, the court’s protection of the finality of an acquittal, irrespective of any government oppression, has been clear. In determining whether a defendant is entitled to issue preclusion in a given case, therefore, the question of whether the government has acted oppressively is not significant. Virginia, on the other hand, asserts that the purpose of the double-jeopardy protection is to prevent government oppression and that no such oppression occurred here, where the petitioner chose to have separate trials.

Although the scope of the collateral-estoppel protection is certainly a subject of dispute, the focus of the oral argument is likely to be the waiver issue. Currier argues that his decision to sever the two sets of charges to avoid prejudice did not constitute a waiver of his double-jeopardy rights for two reasons. First, he maintains that consenting to separate trials to avoid prejudice does not waive the preclusive effect of an acquittal because asserting the right to a fair trial is not inconsistent with asserting the right to the preclusive effect of an acquittal. He distinguishes the Supreme Court’s decision in Jeffers v. United States, in which the court held that a defendant’s motion to sever counts for trial waives the right to object to separate trials of those counts, because in Jeffers, assertion of the protection against multiple trials was inconsistent with assertion of the right to have separate trials. Second, he maintains that he was forced to choose between two constitutional rights: his double-jeopardy protection and his right to a fair trial. Virginia relies on Jeffers and the court’s government-oppression precedent to argue that Currier’s consent demonstrates that there was no government oppression justifying extension of the double-jeopardy protection, and that Currier knowingly chose to undergo separate trials in exchange for an evidentiary benefit and has thus waived any double-jeopardy rights.

This post has been updated to include two cases in which the Supreme Court held that a second trial was barred by collateral estoppel.