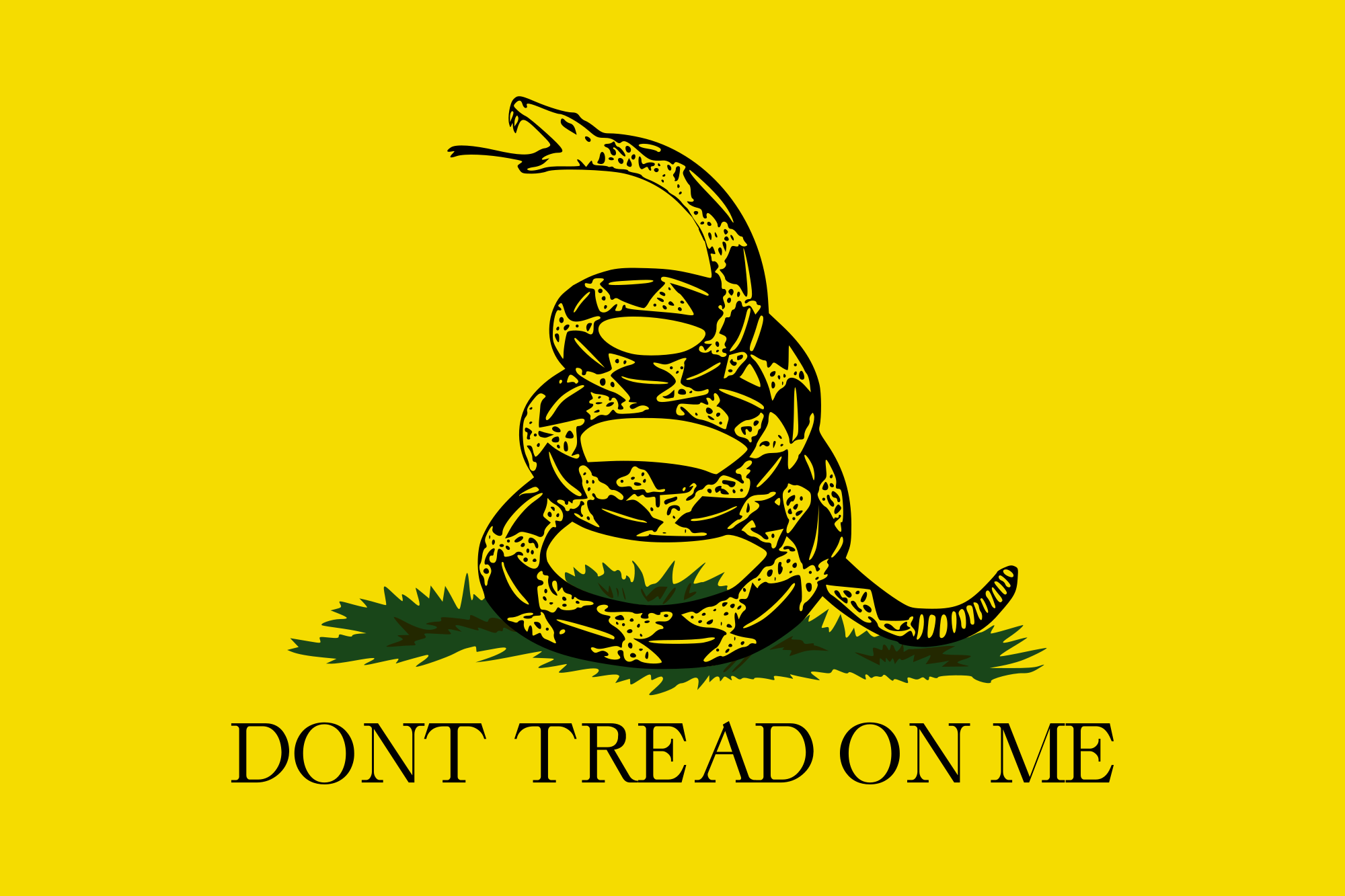 Editor’s note: An earlier version  of this post ran on January 22, as an introduction to this blog’s symposium on Minnesota Voters Alliance v. Mansky, as well as at Howe on the Court, where it was originally published.

In 2010, Andrew Cilek went to his local polling place in Hennepin County, Minnesota, to vote. Cilek was wearing a T-shirt that had three different images on it: the Tea Party logo, the message “Don’t Tread on Me,” and an image of the Gadsden flag, which dates back to the American Revolution but is often associated these days with the Tea Party and libertarianism. Cilek also wore a small button bearing the message “Please I.D. Me,” worn by opponents of voter fraud. An election worker in the polling place told Cilek he would have to cover up or take off the shirt and button. Cilek refused to do so, and later made two more attempts to enter the polling place. On his third try, he was allowed to vote, but an election worker took down his name and address.

The source of the clash was a Minnesota law which provides that a “political badge, political button, or other political insignia may not be worn at or about the polling place on primary or election day.” Cilek may have gotten mad at the state for restricting his apparel, but he also decided to get even: He was also a co-founder of the Minnesota Voters Alliance, which describes itself as a “nonpartisan political organization” made up of “citizens, volunteers, and experts committed to safeguarding and improving our elections process.” And next week the Supreme Court will hear oral argument in the group’s challenge to the constitutionality of the Minnesota law.

In its brief at the Supreme Court, the MVA tells the justices that wearing clothes and other apparel with messages on them “is a time-honored and affordable way for the average citizen to peaceably speak out about politics and other issues.” Minnesota’s ban on “political” apparel at the polling places violates the First Amendment, the MVA argues, because it sweeps far too broadly: It prohibits any references not only to political candidates and political parties, but also to political ideologies, political symbols and current issues. Thus, the MVA contends, the law would bar clothing and apparel bearing the Peace and Freedom Party’s peace-dove symbol, even though that party did not have any candidates on the ballot in Minnesota in 2010.

Even worse, the MVA continues, election officials have virtually complete discretion to decide whether a particular message is “political,” creating the very real possibility that messages that should be protected by the Constitution will be quashed. The MVA points to two incidents: In 2008, a poll worker in Texas tried to bar someone who was wearing a souvenir T-shirt bearing the word “Alaska” from voting because the worker thought it signaled support for then-vice-presidential candidate Sarah Palin, while voters in Colorado and Florida wearing “MIT” shirts – as in the Massachusetts Institute of Technology — were stopped by poll workers who were concerned that the shirts showed support for 2012 Republican presidential candidate Mitt Romney.

The state pushes back, telling the court that the law is the current version of one enacted over a century ago to “protect Minnesotans’ right to vote in an orderly and controlled environment without confusion, interference, or distraction.” The state suggests that the MVA is overstating things when it says that virtually any message can be construed as “political.” But even if there are some scenarios in which the law might be unconstitutional, it stresses, that does not mean that the law is always unconstitutional. All that really matters, the state stresses, is whether the restrictions on speech are reasonable.

The state notes that, over 25 years ago, the Supreme Court upheld a Tennessee law that the state describes as “extremely similar to” the Minnesota law at issue in this case: The law “created a ‘campaign-free zone’ within 100 feet of the entrance to a polling place and the building in which the polling place was located by prohibiting ‘campaign posters, signs or other campaign materials, distribution of campaign materials, and solicitation of votes for or against any person or political party or position on a question.’” The justices concluded that the law passed constitutional muster, explaining that a “long history, a substantial consensus, and simple common sense show that some restricted zone around polling places is necessary to protect’ voters’ right ‘to cast a ballot in an election free from the taint of intimidation and fraud.’”

The MVA counters that the Tennessee case “did not involve a restriction on voters’ ability to silently wear expressive clothing while voting” but instead “involved a restriction on active campaigning.” But in any event, it continues, there is no government interest that can justify such a broad ban on what can be worn to the polls. Although the government cites an interest in “peace and order” at the polls, the group asserts, that is not enough when the law bars any “political” clothing, “including that which peacefully conveys common political affiliations or aspirations.” And indeed, the group adds, “there is no evidence in this case that the t-shirts or other apparel worn by MVA or other voters” actually caused any disruption. Nor, the MVA continues, can the law be justified by any interest in “protecting voters from ‘confusion’ and ‘undue influence’” because it “restricts t-shirts that make no attempt to persuade voters to take any action, such as those that merely name a political group or ideology.”

A decision in the case is expected by June, approximately two months before Minnesota voters go to the polls for the state’s primary elections in August. Until then, election officials and groups like MVA will be watching the Supreme Court closely, as will their counterparts in the nine other states that have similar laws.