Argument preview: Justices to consider whether probable cause defeats claims of retaliatory arrest for First-Amendment-protected expression 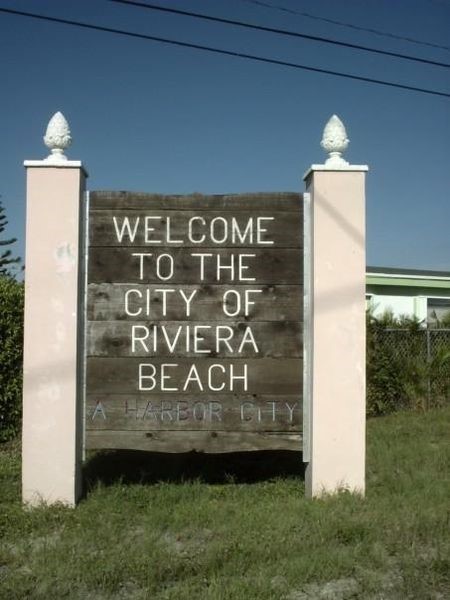 On November 15, 2006, Fane Lozman rose to speak during the public-comments portion of a regular public meeting of the City Council of Riviera Beach, Florida. What followed was anything but a run-of-the-mill discussion about the intricacies of local government. To the contrary, when Lozman began to talk about “corrupt local politician[s],” he was cut off by a councilperson and asked to cease that line of commentary. When Lozman refused to comply, he was arrested, handcuffed and removed from the meeting.

In February 2008, Lozman filed a Section 1983 suit against Riviera Beach in the U.S. District Court for the Southern District of Florida. He alleged, among other things, that his arrest constituted retaliation for First-Amendment–protected activity. Specifically, Lozman charged that his arrest amounted to payback for two categories of protected expression: his then-pending lawsuit against the city under Florida’s Sunshine Act, and his extensive public criticisms of city officials and policies, including and preceding his remarks on November 15.

After a jury returned a verdict for the city, Lozman sought a new trial, which the district court denied, and he filed an unsuccessful appeal to the U.S. Court of Appeals for the 11th Circuit. The 11th Circuit acknowledged Lozman’s “compelling” argument that the district court had given erroneous jury instructions on retaliatory animus. The court of appeals held, however, that any such error was harmless, because the jury had found that the arresting officer had probable cause to arrest Lozman. The court relied on an earlier 11th Circuit case, Dahl v. Holley, which held that a plaintiff cannot prevail on a First Amendment retaliatory arrest claim if there was probable cause to justify the arrest.

On Tuesday, February 27, the Supreme Court will consider whether the 11th Circuit was correct in holding that the presence of probable cause necessarily defeats a claim of retaliatory arrest for First-Amendment-protected expression. In 2006, in Hartman v. Moore, the Supreme Court held that probable cause bars First Amendment claims alleging retaliatory prosecution. The court has yet to determine, however, whether to extend the Hartman rule (the “probable-cause bar”) to the retaliatory-arrest setting. Although the 2012 case Reichle v. Howards presented that very question, the court resolved Reichle on the narrower grounds of qualified immunity. Currently, the federal courts of appeals are split on the issue.

In urging the Supreme Court not to extend the probable-cause bar to retaliatory-arrest claims, Lozman argues that there are key distinctions between the prosecution and arrest settings. In this vein, he characterizes Hartman as having “rest[ed] entirely on the fact that prosecutors … are absolutely immune from suit.” Given this immunity, a retaliatory-prosecution claim necessarily entails a representation that a non-prosecuting official induced a prosecutor to conduct a prosecution for retaliatory reasons. To prevail in such a case, when there is probable cause to support the grounds officially given for prosecution, a plaintiff must demonstrate that the official grounds are distinct from the prosecutor’s subjective, retaliatory motives. Such a showing necessarily entails a complicated causal chain. More importantly, the process of identifying and litigating over that chain undermines the prosecutorial independence and corollary “‘presumption of [prosecutorial] regularity’” that immunity is meant to protect. In contrast, Lozman maintains, the causal chain is relatively “straightforward” in the retaliatory-arrest setting. Additionally, he posits that “no potentially responsible actor” in that setting is beyond scrutiny.

Lozman also argues that a probable-cause bar poses far greater risks to First Amendment interests in the retaliatory-arrest context than in the retaliatory-prosecution context. In the prosecution setting, “the putative plaintiff will have an indictment or charging instrument that cabins the probable cause inquiry by identifying a specific crime.” Yet “in retaliation cases involving arrests, the ‘subjective reason for making the arrest need not,’” under Devenpeck v. Alford, “‘be the criminal offense as to which the known facts provide probable cause.’” A probable-cause bar in the arrest setting thus immunizes state actors who cause arrests to be made in retaliation for protected speech, so long as they can show that there was probable cause to arrest the speaker for jaywalking, speeding, disturbing the peace or committing any criminal violation at all.

To illustrate the potential for abuse, Lozman points to the facts of his own case. Shortly after his arrest, Lozman was given a “notice to appear” that listed two charges: “disorderly conduct” and “resisting arrest without violence.” Both charges were soon dismissed by the state’s attorney, who found “no reasonable likelihood” that they could be prosecuted with success. At the trial in Lozman’s Section 1983 suit, the question resurfaced as to whether there had been probable cause to arrest him for a crime. The trial court judge concluded that no probable cause had existed to arrest him for either charging offense. The city then “identified two new candidates” for provisions that Lozman might have violated: a prohibition on “‘trespass after warning’” and a law against “‘willfully interrupt[ing] or disturb[ing] any school or any assembly of people met for the worship of God or for any lawful purpose.’” After initially leaning toward the trespass provision, the district court settled on the willful-disturbance law as the one “at play here.” Ultimately, the latter offense was the only one “as to which the jury was asked to assess probable cause.”

For its part, the city denies that there are meaningful, material distinctions between the retaliatory-arrest and retaliatory-prosecution settings. It maintains that each type of claim presents the same fundamental causality problem: “[S]omething other than [retaliatory] animus – the prosecutor’s independent decision to prosecute, or the officer’s decision to arrest for reasons unrelated to animus toward the arrestee’s speech – may have led to the supposed retaliatory action.” Nor do retaliatory arrests threaten free-speech interests any more than do retaliatory prosecutions. If anything, the opposite is true, because a “criminal prosecution is a far greater intrusion on a defendant’s liberty than an arrest.” The city also dismisses the notion that the arrest setting is comparatively rife with the potential for government abuse of the probable-cause bar. “Rarely,” the city notes, “is an officer who harbors some ill will towards a speaker present at the exact moment the speaker does something that gives probable cause for an arrest.” And in any event, “arrests backed by probable cause pose little danger to the freedom of speech.” Far greater threats are posed by “arrests unsupported by probable cause.”

The city also stresses the practical value of the probable-cause bar in the retaliatory-arrest setting. The city observes that “officers must often consider protected speech when deciding whether to make an arrest.” For example, speech might “provide ‘evidence of a crime.’” Or it might influence an officer’s assessment of whether a suspect threatens public safety. With a probable-cause bar in place, officers can “make arrests in such circumstances without fear of having to later litigate whether their real motivation was preventing [crime] or punishing speech.” To illustrate this point, the city highlights the example of the U.S. Court of Appeals for the 9th Circuit, which does not impose a probable-cause bar. The city summarizes a number of retaliatory-arrest cases that went to trial in the 9th Circuit, and suggests that they lacked merit.

Among the questions to watch for from the justices are those designed to tease out the practical dangers each party’s position might pose. For example, the city might be asked to grapple with scenarios in which government officers intentionally and openly retaliate against protestors for their protected speech by targeting those people for aggressive enforcement of laws against minor transgressions, such as jaywalking. Lozman’s attorney might be pushed, on the other hand, to consider the limits of a complainant’s ability to state a claim for retaliatory arrest based on speech that is protected but that may show violent impulses on the speaker’s part. It will be interesting as well to see to what extent, if at all, the justices’ questions reflect recent events, such as the demonstrations and violence in Charlottesville, Virginia, protests against President Donald Trump’s administration, and protests by Black Lives Matter. And of course, we can count on old First Amendment chestnuts like the chilling effect and the heightened value of “core” political speech to crop up throughout the discussion.