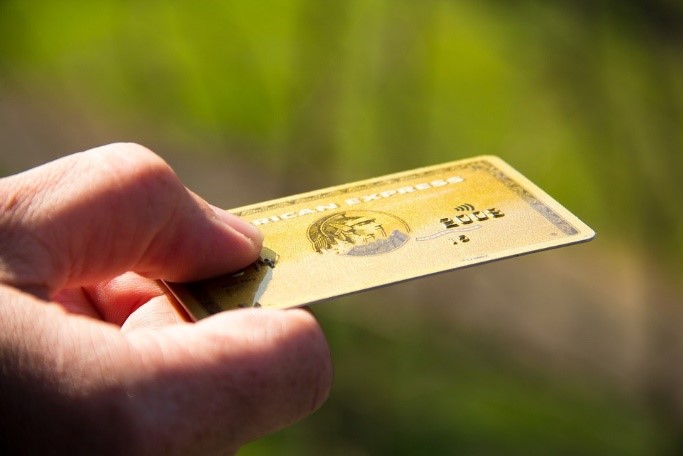 Ohio v. American Express Co., which is set for argument on February 26, may simply reinforce the burden-shifting approach that has been developed and applied in civil antitrust cases, or it could announce a particular new approach defining markets and assessing competitive harm in multi-sided platforms and markets.

The case involves two-sided platforms in a modern, technology-enabled network industry – credit cards. In 2010, the United States and 18 states (Hawaii later dropped out, leaving 17 states) sued four firms that operate credit-card platforms, and that directly or indirectly issue credit cards to cardholders and service merchants who accept cards: American Express Co. and American Express Travel Related Services Co., Inc. (Amex), Visa and MasterCard. The plaintiffs claimed that the anti-steering provisions of the merchant agreements unreasonably restrained competition and violated Section 1 of the Sherman Act. Visa and MasterCard settled before trial, so the case proceeded to trial only against Amex.

The credit-card industry is not new, but technological innovations have made this case an important opportunity for the Supreme Court to consider the intersection of the established burden-shifting analysis in antitrust civil litigation and two-sided markets. Millions of consumers use their hundreds of millions of credit cards to make purchases from millions of merchants. The federal government, as amicus for the states in this case, points out that “nearly $2.4 trillion in transactions” occurred in 2013. The parties agree that these platforms are two-sided because they serve two groups of consumers, the cardholders and the merchants: Cardholders have credit lines that they use to buy things and merchants receive payment for the merchandise promptly.

A short tour of the platform operating systems may clarify the picture. MasterCard and Visa operate open-loop networks: Neither issues credit cards nor pays the merchants. “Issuing” banks issue the cards to consumers and bill them for purchases. “Acquiring” entities, typically banks, pay the merchants for the credit card purchase minus a “discount” fee, which is typically a percentage of the purchase price, and receive payment from the issuers. Acquirers also pay a network fee to the network. The networks facilitate and settle the transactions. Amex, on the other hand, is a closed-loop network. It maintains relationships with both cardholders and merchants, ordinarily performing card-issuance services for cardholders, processing and acquiring services for merchants, and network services for most transactions made with American Express cards. Both models are two-sided markets, dealing with different sets of consumers on each side of the network, and both are network models in nature – that is, the more cardholders on the one side, and the more merchants on the other side, the more valuable the network is to each side.

Each network charges fees to merchants accepting its cards, and Amex’s merchant fees, the parties agree, are higher than the other networks’ fees. Most merchants accept credit cards from more than one network and most cardholders have multiple credit cards, so both sides have decisions to make when deciding how a purchase will be paid for. All things being equal, merchants would prefer to accept a credit card that charges them a lower merchant discount fee. Cardholders may prefer a particular credit card for a variety of reasons: any rewards associated with the card, the card’s prestige, or their current credit balance on a card, to name a few.

The conduct at issue here involves a specific restriction in the contract between Amex and its participating merchants: the Non-Discrimination Provision, which prohibits merchants from directly or indirectly steering customers to use a particular card in making their purchases. The plaintiffs’ complaint asserted that the NPD unreasonably restricts competition in violation of Sherman Act’s Section 1. Amex responded that the NPD benefits the cardholder side of the network because cardholders might prefer to use credit cards that offer various rewards, such as airline miles.

One more important note: Two-sided markets are not limited to technology industries, nor are they new. For example, various computer-assisted platforms are two-sided networks: Gaming networks connect players (the ultimate consumers) with desirable games (produced by other kinds of consumers), more players stimulate the creation of more games, and the availability of more games entices more players. Ride-sharing networks are also two-sided (riders and drivers, connected by an intermediary). Old school two-sided markets range from the print business – having more newspaper buyers allows the publisher to sell more ads – to shopping malls – more stores generate more customer traffic and purchases, which creates more of an incentive for stores to locate where customers are found.

The issue before the Supreme Court, then, is the proper competitive analysis in the specific market in this case, and whether or not two-sided platforms require assessment of both sides of the platform.

Courts have long agreed that price competition is the “central nervous system” of the economy and that the antitrust laws are intended to protect market competition and not individual competitors. The world of antitrust analysis is divided into “per se” cases and those analyzed under the “rule of reason.” Per se illegality is limited to naked horizontal price fixing, bid rigging and (some) other horizontal agreements. Vertical price and non-price agreements are judged under the rule of reason, which provides that business practices only violate the antitrust law when their effect is to restrain trade unreasonably. After the Supreme Court’s extremely broad definition of the “rule of reason” in Chicago Board of Trade v. United States, in 1918, courts have strived to clearly articulate the relevant inquiry and, importantly, the respective burdens on civil plaintiffs and defendants. This case is one more opportunity for the Supreme Court to consider that inquiry.

After a seven-week bench trial, the district court concluded that the anti-steering provision is an unreasonable restraint of trade that violates Section 1. The district court found that the relevant market in this vertical non-price case is “general purpose credit and charge card network services” to merchants and that Amex has power in that market.  Recognizing that the services to different sides of the market are “separate products” but are “inextricably linked,” the court turned to assess the alleged anticompetitive effects of the NDP.

Plaintiffs prove a prima facie case, at step one of the rule of reason directly, by showing actual anticompetitive effects, or indirectly, by showing that the defendants have market power and plausible harm to competition. An assessment of market power is the initial inquiry under the indirect  method. In this case, the parties had stipulated 2013 network market shares of Visa, 45 percent, Amex, 26.4 percent, MasterCard, 23.3 percent and Discover (not a defendant here), 5.3 percent. The district court found market power in Amex’s 26.4 percent share, high barriers to new entry, and “cardholder insistence” (cardholder loyalty to their Amex cards that limited merchants’ ability to cease accepting Amex cards). The court concluded that the plaintiffs had proved that the anti-steering provision harms competition and it rejected Amex’s procompetitive justifications.

The U.S. Court of Appeals for the 2nd Circuit reversed, holding that the lower court had erred in defining the relevant market and, accordingly, that the plaintiffs had failed to carry their burden. Instead, the court of appeals noted that “the two-sided platform at issue here is a single firm operating within the broader ‘network services’ industry” and the market comprises both the cardholders and merchants located on both sides of the platform. The relevant market thus includes both sides of the network market, cardholders and merchants. The 2nd Circuit concluded that plaintiffs had failed to show that the NPD made “all Amex consumers on both sides of the platform … worse off overall” and thus had failed to make out a prima facie case of harm in a properly defined market.

This case involves the scope of a plaintiff’s prima facie case under the rule of reason, but here, market definition plays an outsize role. The states argue that the NPD causes competitive harm in the relevant market of the merchants subject to its terms and that, although cardholders and merchants both use the platform to facilitate their transactions, they are not substitutes for each other and are thus not in the same relevant market. The states maintain that they met their burden via direct proof that the anti-steering provision prevented merchants from competing on price, increased merchant prices industry-wide, and harmed ultimate consumers because the merchants passed on their prices via higher retail prices. (The states did not seek review of the 2nd Circuit’s decision that they failed to make a prima facie case under the indirect method.)

Amex argues, first, that under the rule of reason, vertical restraints may not be found unlawful if the defendant does not possess market power, and Amex lacked such power. Second, Amex argues that the states failed to prove their prima facie case by showing actual competitive harm in the form of higher than competitive prices, lower output or lower quality. The company maintains that its platform serves both sides of the market and that both cardholders and merchants comprise the relevant market. Therefore, proof of net harm – that is, competitive effects, if any, on both sides of the platform – is the plaintiff’s burden.

The Supreme Court will now decide whether the relevant market in multi-sided markets includes all sides of the market and if so, whether plaintiffs are required to show net harm in the whole market as part of their prima facie case or whether the burden of showing any benefit shifts to defendants.

[Disclosure: Goldstein & Russell, P.C., whose attorneys contribute to this blog in various capacities, is among the counsel on an amicus brief in support of the petitioners in this case. The author of this post, however, is not affiliated with the firm.]