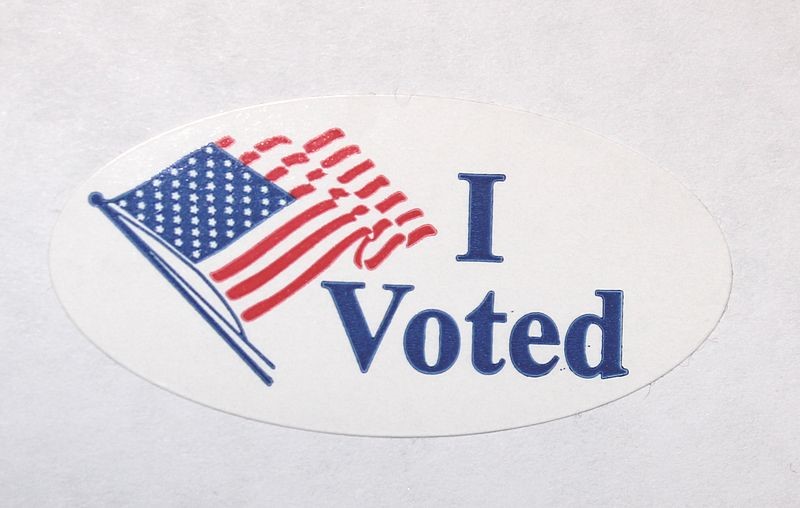 In November 2015, U.S. Navy veteran Larry Harmon went to the polls near his home in Ohio to vote. He learned, however, that he would not be able to do so because he had been removed from the state’s voter rolls. Harmon had lived in the same place for more than 16 years, but he had declined to vote in both 2009 and 2010. Under the procedures in place in Ohio, Harmon’s failure to vote for two years in a row triggered a notice from the state’s elections board in June 2011, seeking

to confirm that he was still eligible to vote. Harmon says he doesn’t remember receiving the notice, and so he didn’t return it – prompting his removal from voter registration lists. Next week the Supreme Court will hear oral argument in Harmon’s challenge to Ohio’s practice of removing voters from its lists. Harmon will argue that the practice violates federal laws governing voter registration, while Ohio will counter that there is no such conflict.

In 1993, Congress enacted the National Voter Registration Act with two sometimes competing goals. The first was to “increase the number of eligible citizens who register to vote” in federal elections by making it easier for would-be voters to register – for example, at the Department of Motor Vehicles and by mail. The second was to “protect the integrity of the electoral process” and guarantee “accurate and current” registration lists, including by removing voters from the list of eligible voters if they die or move. The programs that the states use to maintain their lists, Congress specified, should not remove an otherwise-eligible voter from the list just because the voter has failed to cast a ballot.

Nine years later, Congress enacted the Help America Vote Act. Among other things, HAVA required states to maintain a voter-registration system to cull ineligible voters from voter lists. Such systems, Congress provided, can remove voters “who have not responded to a notice and who have not voted in 2 consecutive” federal elections; however, Congress added, “no registrant may be removed solely by reason of a failure to vote.”

Ohio uses two different procedures to maintain its voter-registration lists. First, it compares the U.S. Postal Service’s change-of-address database with its own voter-registration database to find any registered voters who may have moved. The state mails a notice to these voters; if they don’t respond and don’t vote for four more years, their registration is cancelled.

The first procedure allows registered voters to fall through the cracks if they move but do not notify the Postal Service. In an effort to address this problem, the state devised a second, supplemental procedure. Election boards mail notices to registered voters who have not voted in two years, asking them to confirm that they are still eligible to vote. If, like Harmon, a voter does not return that notice, his registration is cancelled.

Harmon and Ohio civil rights groups went to federal court to challenge the state’s supplemental procedure. A federal district court ruled for Ohio, holding that the process is consistent with federal law because “voters are never removed from the voter registration rolls solely for failure to vote.” But on appeal, the U.S. Court of Appeals for the 6th Circuit reversed. It reasoned that the state was using the failure to vote as a “trigger” for the notice, which ran afoul of the federal law. Judge Eugene Siler dissented, arguing that the state’s supplemental process was consistent with federal law because it didn’t remove voters from the rolls simply for not voting. The state then went to the Supreme Court, which agreed to weigh in last May. (The case was originally scheduled for oral argument in early November 2017, but the argument was postponed after one of the attorneys slated to argue became ill.)

In their briefs in the Supreme Court, the two sides’ arguments largely boil down to the positions taken by the 6th Circuit majority and dissent. The state contends that federal law merely prohibits states from enacting programs that “result in” a voter being removed “by reason of” his failure to vote. A program can only “result in” removal if it causes the removal, the state stresses. But under its supplemental procedure, the state explains, it’s not the failure to vote that causes a voter to be removed; instead, the removal flows from the failure to respond to the notice. The state also points out that when the NVRA was enacted, “most States sent notices to nonvoters requiring them to confirm their eligibility. If Congress meant to depart from that common practice,” the state suggests, “it would have done so expressly, not through implications.”

The state’s most important ally is the federal government, which filed a “friend of the court” brief urging the court to reverse the 6th Circuit’s decision. The government acknowledges that it has previously taken the opposite position, including in the 6th Circuit in this case. But since then, and after the change from the Obama administration to the Trump administration, it explains, it has “reconsidered the question” and now believes that the NVRA “does not prohibit a State from using nonvoting as the basis for sending a” notice to confirm a voter’s eligibility.

Other support for the state comes from a group of attorneys who worked in the civil rights division of the Department of Justice. They contend that the 6th Circuit’s decision “deprives the states of an important tool in combatting bloated voter rolls” – which, they contend pose “a real and pressing threat to the integrity of federal elections” by creating the opportunity for fraudulent votes. (By contrast, another group of former DOJ officials filed a brief supporting the challengers; they tell the justices, among other things, that the government’s brief “marks a significant departure from the Department’s longstanding position.”) Another of the state’s supporters, the Landmark Legal Foundation, adds that, if voters believe that some votes are illegitimate, “their confidence in the electoral system will perforce be undermined. They may even be less likely to vote at all.”

The National Conference of State Legislatures raises more practical concerns in its brief supporting Ohio. It points out that “costs for printing and processing forms, handling returned mail from inaccurate records, and maintaining registration databases add millions of dollars to state and local budgets that often are already strained.” But these costs, the group continues, are just the tip of the iceberg. State and local governments also incur legal costs for challenges brought by competing constituencies – some of whom want the government to do more to clean up voter rolls, while others argue that efforts to maintain the rolls fall disproportionately on some voters.

Harmon and the civil rights groups emphasize that the NVRA “protects registered voters against removal from the voter rolls simply for failing to vote and requires that, once registered, voters remain on the rolls so long as they are eligible to vote.” They tell the justices that the NVRA only allows states to remove registered voters from the voter rolls for five specific reasons, which do not include either the failure to vote or the failure to respond to a notice sent by the elections board. Notwithstanding the state’s protests to the contrary, they assert, Ohio’s supplemental procedure clearly removes registered voters based on their failure to vote: The supplemental procedure is initiated for such voters precisely because they did not vote in a federal election period, and “they are then purged based in part on their failure to vote in two more federal elections” – “without any affirmative evidence that they have changed residence or otherwise become ineligible.” And indeed, the challengers observe, the fact that a voter has not cast a ballot for two years does not, standing alone, signal that he has moved. “In recent midterm elections,” they point out, “more than half of registered voters in Ohio have not voted. There is no basis to conclude that more than half of Ohio’s registered voters change residence outside the jurisdiction and thereby become ineligible in the two years following a presidential election.”

A wide range of organizations – ranging from the Libertarian National Committee to the League of Women Voters and disability-rights groups – filed “friend of the court” briefs supporting the challengers. They cite, among other things, a variety of obstacles that may prevent voters from going to the polls: “Limited voting hours, erratic job schedules, child care needs, the closing of neighborhood polling places, inadequate or inaccessible transportation, and the costs associated with obtaining a photo identification” can all make it harder for voters with disabilities, lower-income voters, the elderly and minorities to vote. This, they tell the justices, can create a self-perpetuating problem, in which such voters are removed from the rolls because they don’t cast votes and are unlikely to reregister.

The Libertarian National Committee suggests that Ohio’s rule also disproportionately affects voters who do not support the two major political parties. Those voters, it contends, “are particularly likely to engage in principled non-voting,” but the Ohio rule punishes them for not voting by dropping them from the rolls. When that happens, it explains, such voters are not only unable to vote, but they are also “ineligible to sign ballot access petitions under state law (i.e., unable to help their preferred candidates, parties, and initiatives make it onto the ballot in future elections), unable to be identified and contacted by candidate campaigns that rely on the state’s voter registration records and invisible to pollsters and others who measure public opinion by seeking the views of registered voters.”

And the NAACP Legal Defense and Educational Fund warns the justices that the dispute could have an impact well beyond Ohio. The group asserts that the case “arises amidst a nationwide push to make it more difficult and costly to vote—including by regularly removing registered voters from the active voter rolls. If Ohio’s position, newly endorsed by this Administration, is embraced by this Court, it is likely to unleash a wave of new state and local laws that are aimed at or will result in unnecessarily purging and shrinking the voting rolls.”

This case was first published at Howe on the Court.